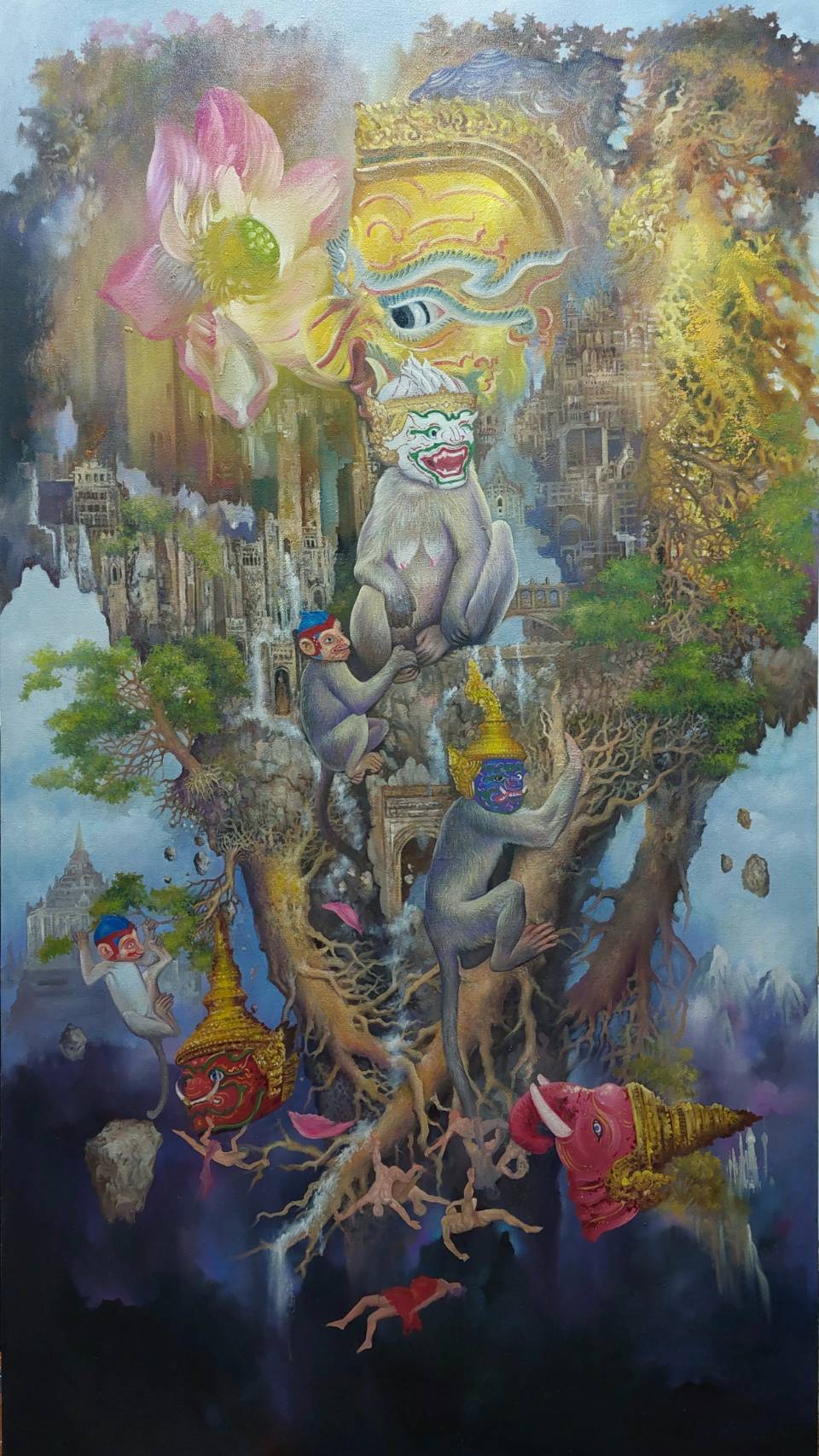 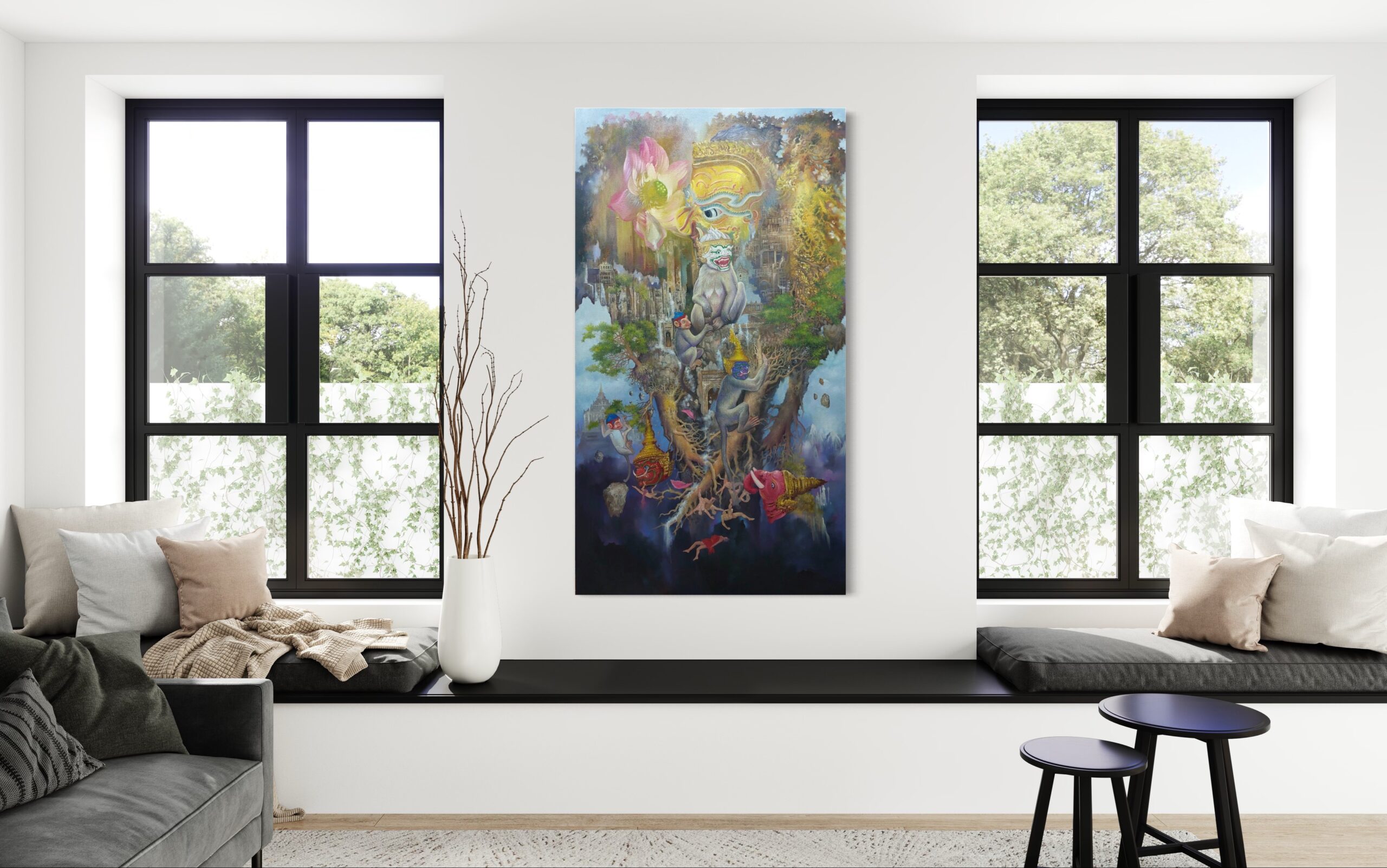 This detailed painting depicts the sameness between humans and animals. The artist paints a monkey to represent similarity. He suggests that without the social constructs and restrictions that were placed upon us, humans and animals would be classified under the same category. With the complexity of our cognitive processes and emotional stability, we create differences in intelligence and development, but internally our values and goal remains the same: to survive.

Narong Kumpunbutr is a Thai artist who specializes in acrylic painting – having his work revolve around his life philosophies that he draws from life experiences communicates a complex meaning to the viewers, all up for open interpretation. Having lived in a rural community, he draws inspiration from memories during this period in his life and expresses this through his creative work.

Get to know the artist

With the experience of living in a rural community, he sees the difference between the lifestyles of local villagers and individuals in the city. He can sense that the basic foundation of humans are fundamental within one’s character build, but without any additional implications such as the influence of mass media, humans essentially hold the same purpose and value: to survive. This correlates to his main concept of being one with animals – by the law of nature, we are originally among the same classification, according to the artist. “Figuring out a technique that works for you is almost like science,” explains the artist. He had previously experimented with oil colour to find that it had many limitations that held back his art and led him to unsatisfactory results. With that said, he ultimately felt like acrylic paint suited his artwork best. His ideas come in a full visual, so his ideas are typically sketched beforehand before being filled in with paint. Sticking with the message he intends to convey allows the work to be more prominent and visually cohesive – a skill that Kupmunbutr has like no other artist.

The monkey referenced in the artwork is the Hanuman monkey – a godly figure whom appeared in the widely known Ramayana series. The series is an old traditional Indian folklore that has been told through many centuries, it depicts the fact that there are godly creatures that live in the Himmapan forest, holding power among the community and living in unison with evilness to balance out the worlds energy. The artist chose this figure to compare to humans, suggesting that we are ultimately similar in a sense where we are born with the same mission. Interestingly, Hanuman the character is a symbol for courage, bravery and strength, which may be the artist’s way of expressing the desire for all humans to possess the positive attributes of the mythical monkey.