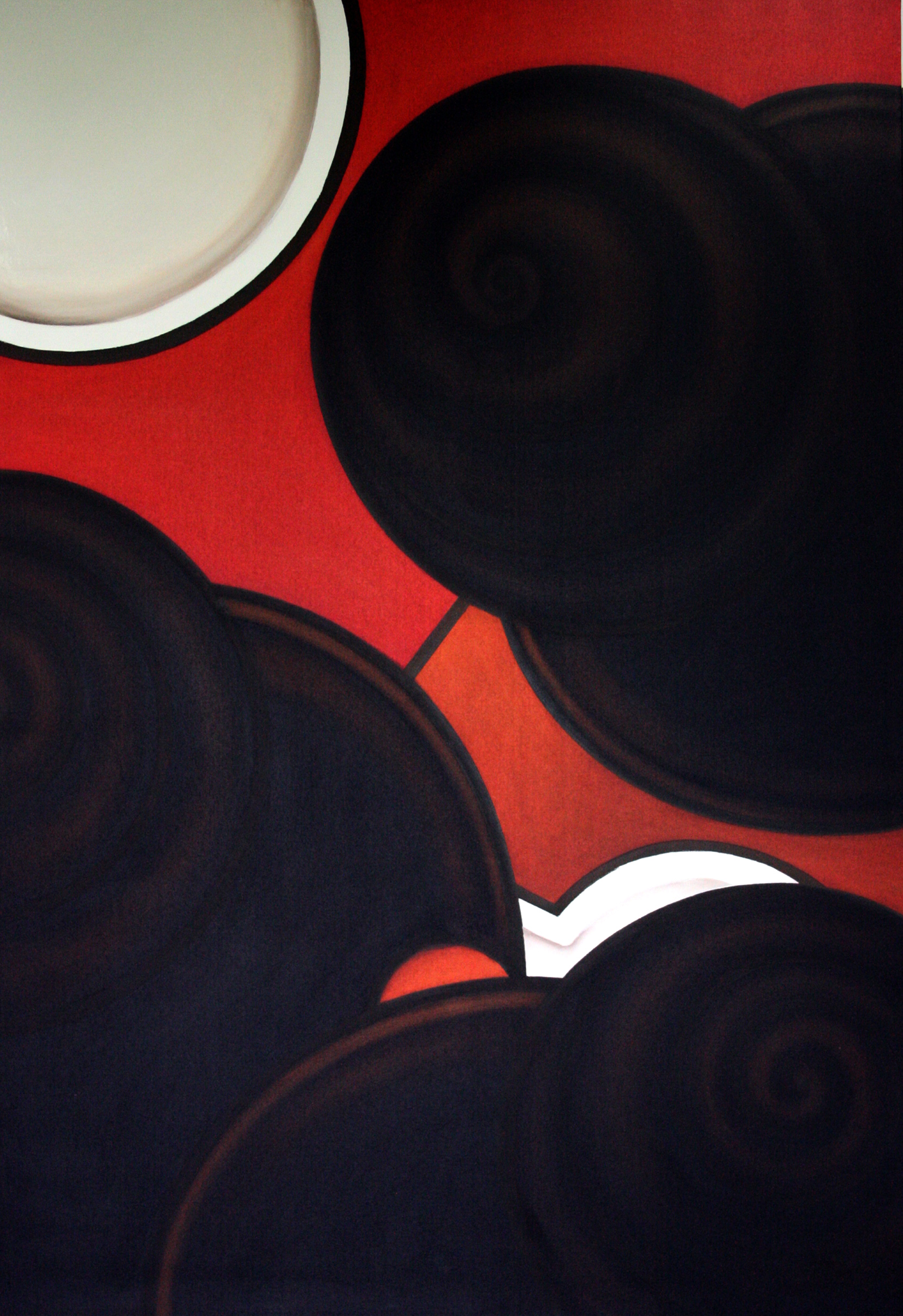 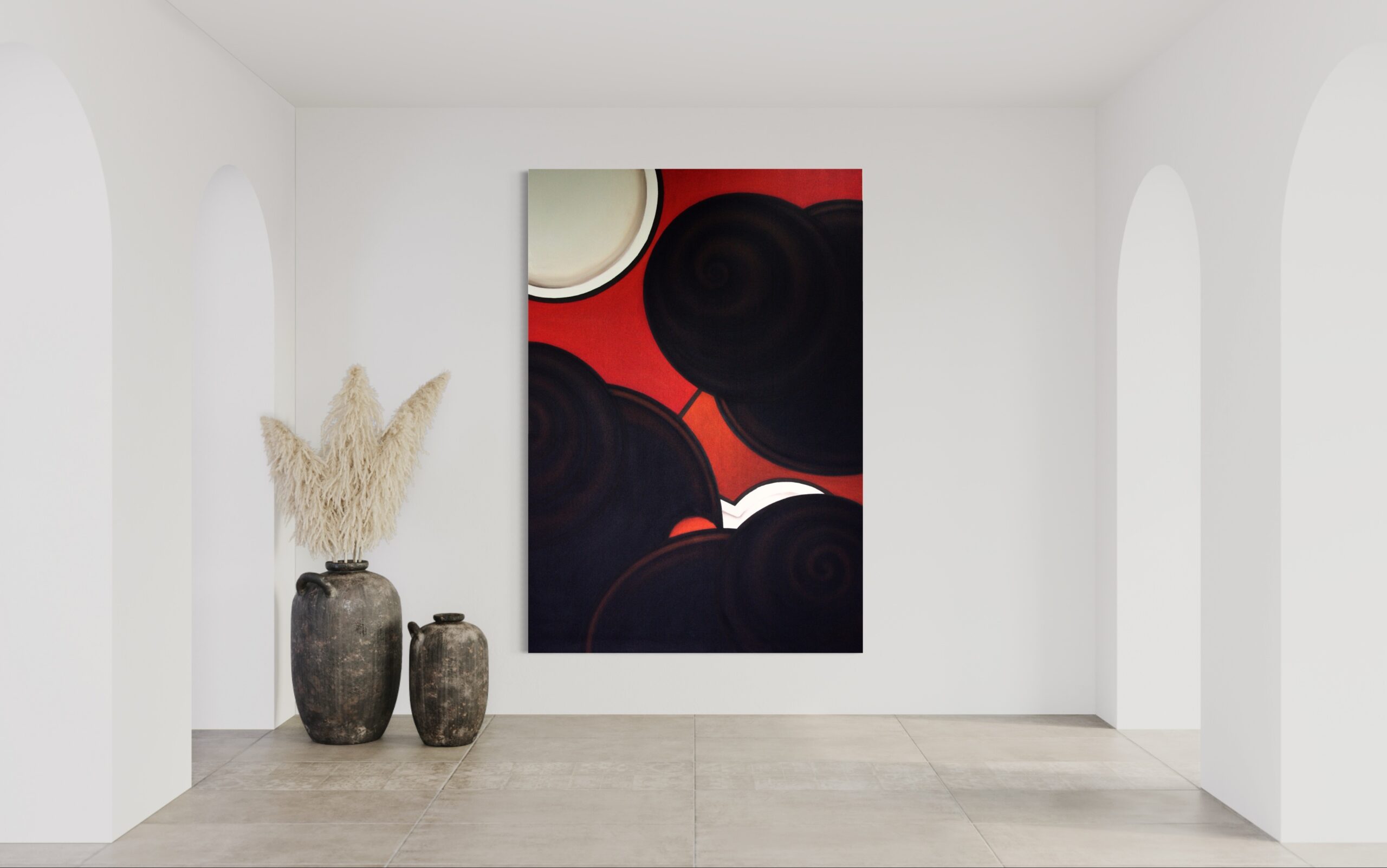 With Naksins known interest in Buddhism, he titles this artwork after a part of rich Buddhist history. Visakha is the name of a young wealthy woman who was alive during the time of Buddha. She was considered as the cheif female patron of Buddha. Naksin envisions this idea and expresses it through the silhouettes of the women presented through this large size oil on canvas painting. The source and inspiration came from memories in the past where he lived in the countryside, the natural scents of the fields, gardens and canals, as well as the culture and traditions of that area and during his later life, he had the opportunity to study at Chiang Mai University. At that time, he spent a period of time living in Chiang Mai for 9 years. After 9 years in Chiang Mai, he had the opportunity to study in Belgium for a period of time. For 7 years he has been studying various arts and cultures as well as the way of life of Europeans. Throughout his 7 years there, he had learned arts both directly and indrectly, exhibiting his artwork around Belgium as well as The Netherlands. Visakha Bucha is now a religious holiday where Buddhists will visit the temple and pay their respects – the day follows the full moon of the 6th lunar month so there is no fixed annual date. It commemorates the birth, death and enlightenmnet of Buddha, a very significant day in Buddhist history. To celebrate this day, a Vien-Thien ceremony is held at a temple, where attendees will walk 3 rounds around the temple in clockwise direction while holding candles and jossticks to pay their respects. Buddhist temples will light up with sparkling glimmers of luminosity from the burning fire of the candle around this time of the year.