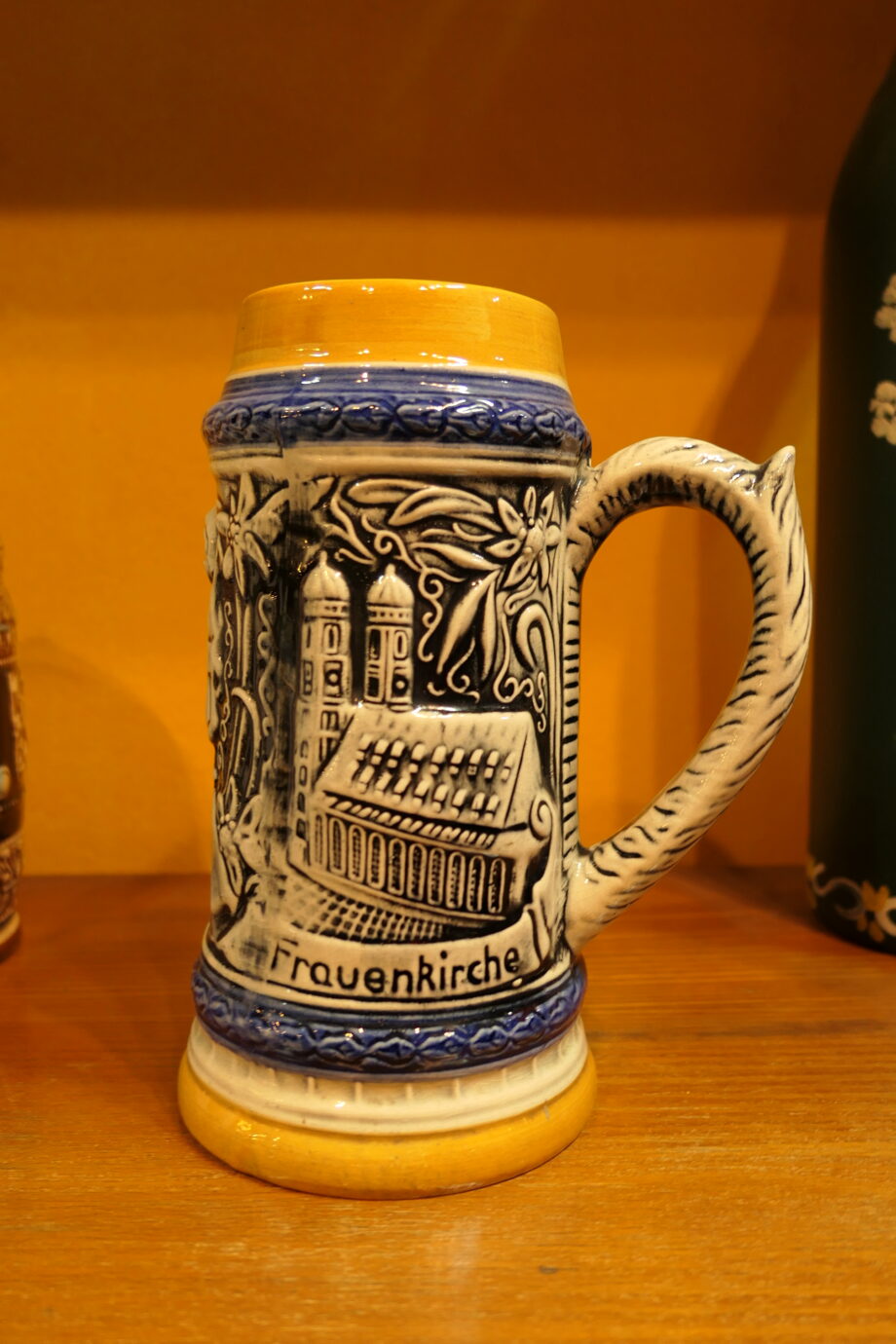 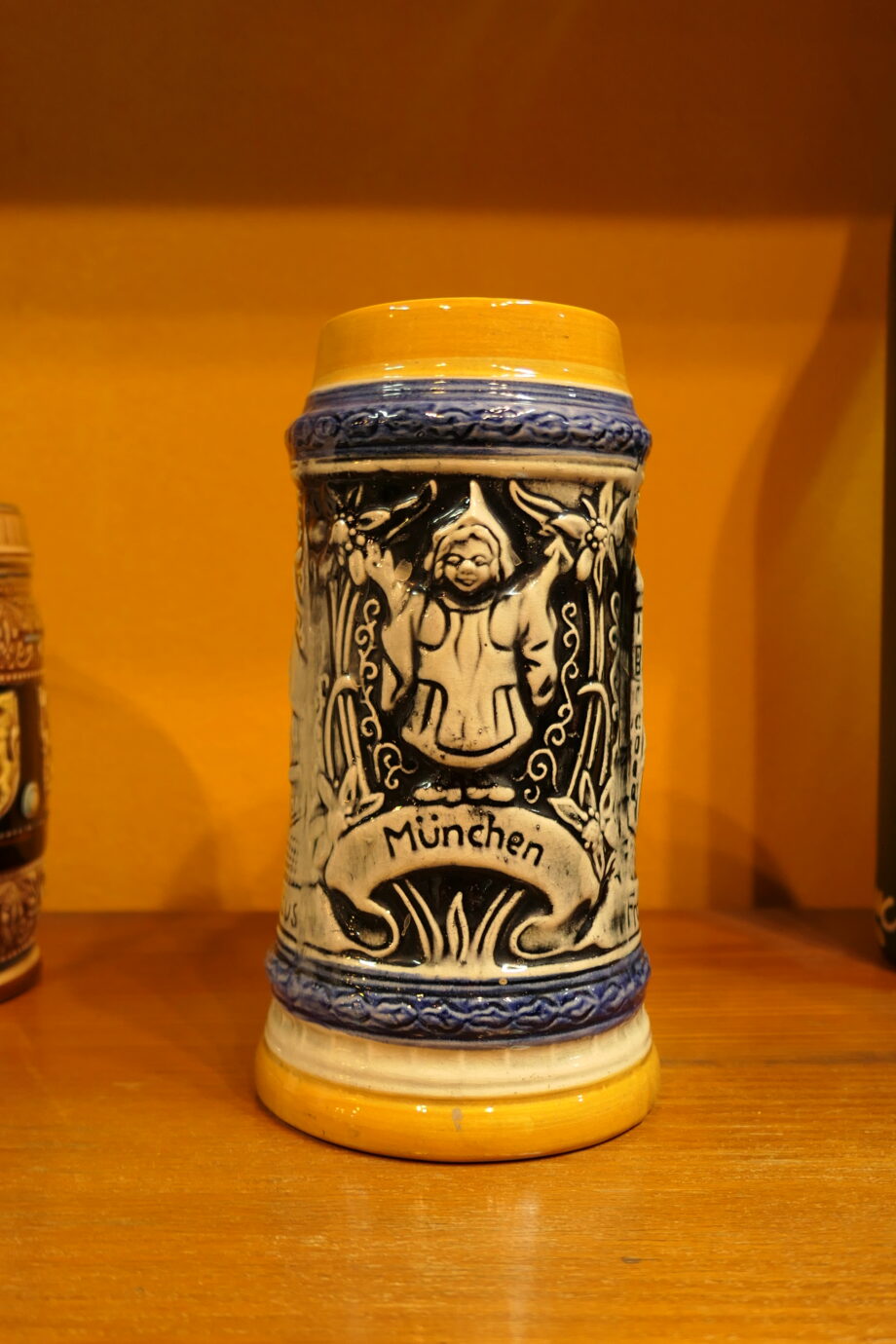 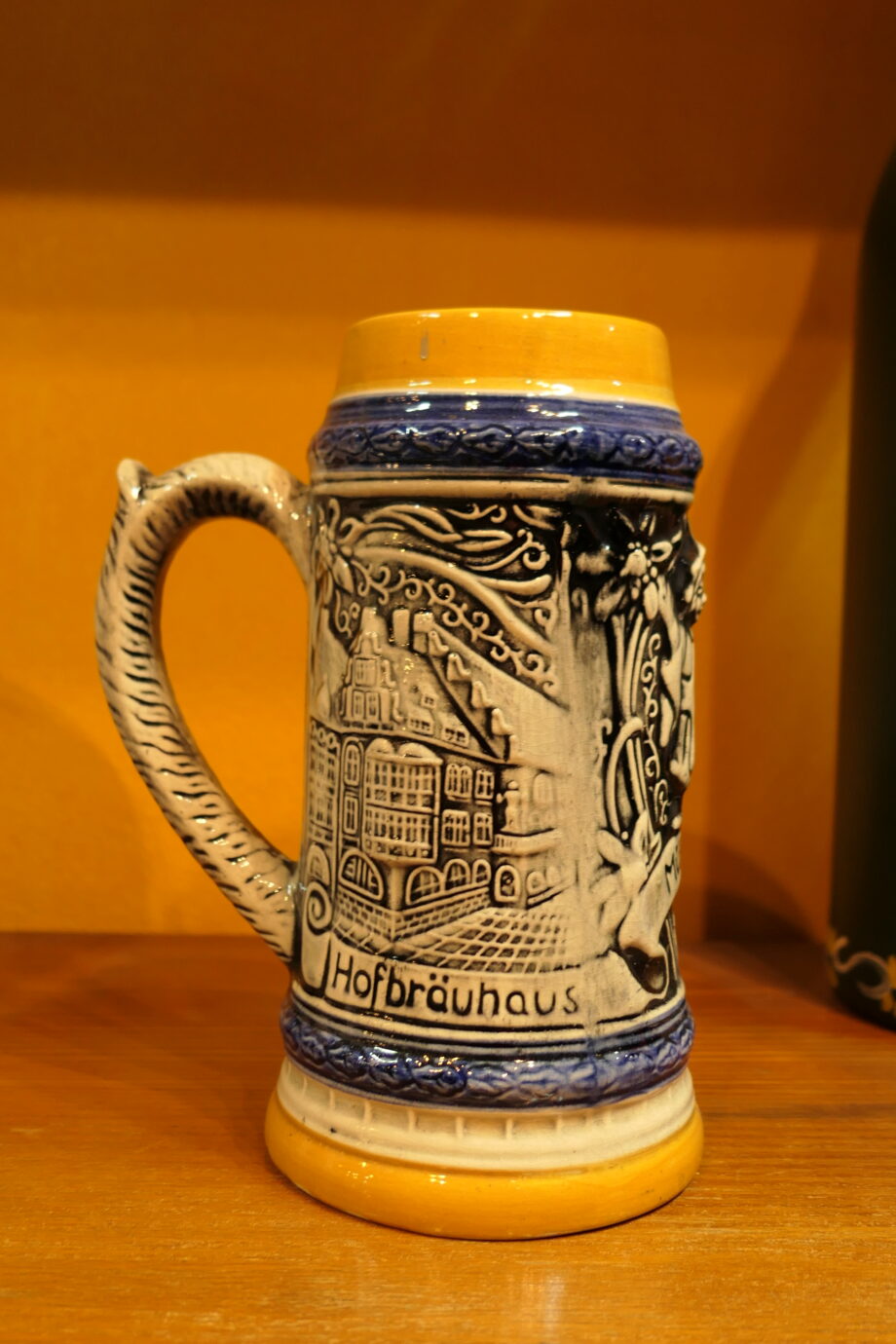 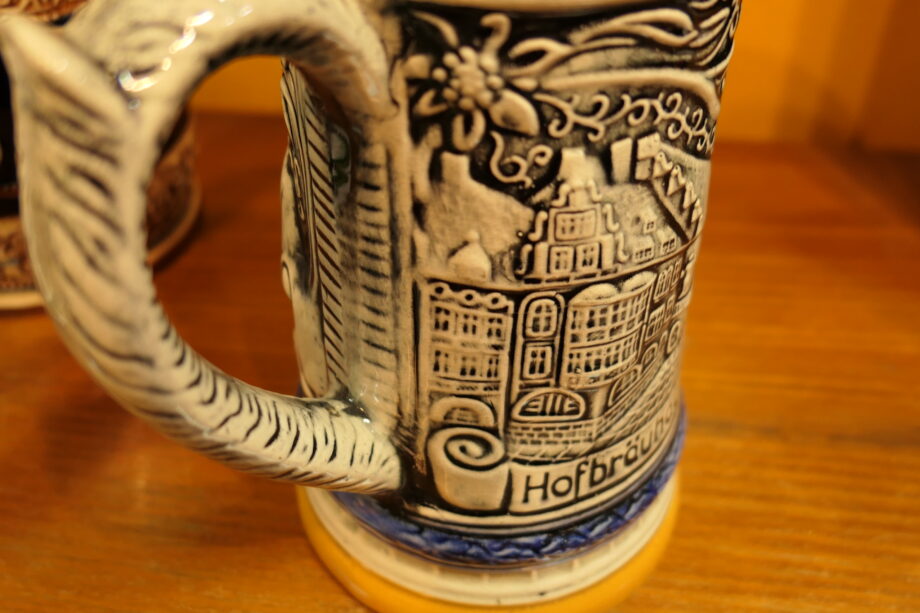 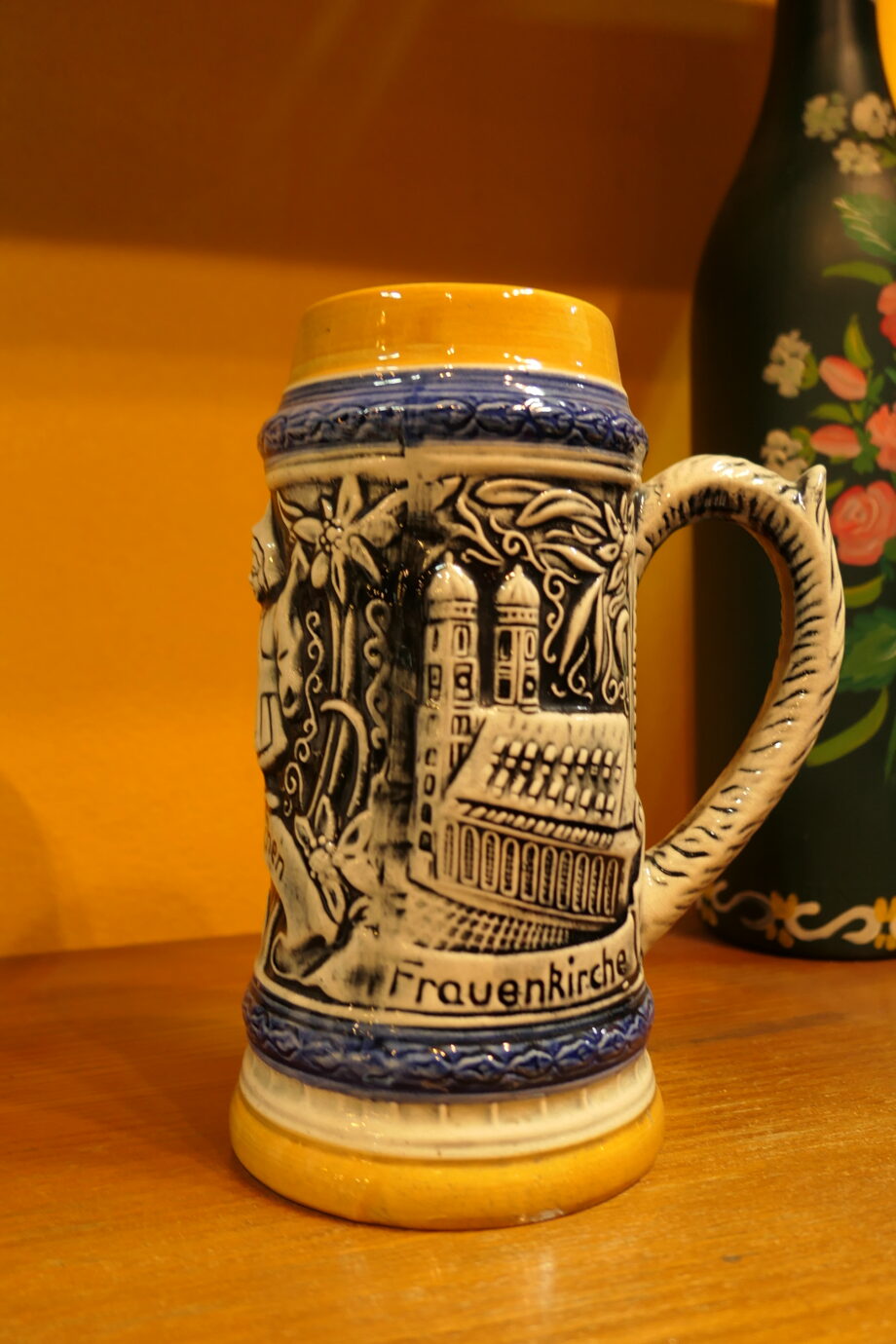 Enjoy your beer with legendary landmarks and a mug from one of the best beer destinations!

PAPAYA STUDIO is Thailand’s largest museum-like antique store covering a massive area of 4 stories filled with million pieces of furniture and decoration. Papaya has been in business for almost half a century.

This beer stein combines two famous landmarks of the famous beer destination in Munich, Germany which are Frauenkirche and Hofbrauhaus.

Frauenkirche is a most famous church in Munich, Bavaria, Germany. It is also called “Munich Cathedral of Our Lady”. It is considered a symbol of the Bavarian capital city. Together with the Town Hall, the elegant twin towers of the Cathedral shape Munich’s skyline. Because of this, it makes a great point of orientation anywhere in the city. Hofbrauhaus is the oldest beer hall and brewery in Munich that was established in 1589 by the Duke of Bavaria as the official Royal Brewery. It is located at the heart of Munich. Hofbrauhaus had played a major role in Munich’s history as well as beer culture. Today, Hofbrauhaus is the largest and most crowded beer hall in Munich! Munich is located in southern Germany and serves as the largest and capital city of Bavaria state. It offers traditional German architecture and centuries-old buildings and museums. Munich is known for its annual Oktoberfest celebration and its beer halls like Hofbrauhaus.

Why is Germany famous for its beer?

When you think about Germany, what comes to your mind? I often hear many people mention beer. Why is that? Germany has a rich traditional history to their culture. Though beer wasn’t invented in Germany, it was very popular because it was safer to drink than water due to diseases and other contaminants. Bavarian counties (now Germany) took great pride in their beer. They even wrote the Beer Purity Law in 1516, which is still active until today. Beer has been a staple of German life and society for centuries as a part of tradition and culture.

Oktoberfest is the world’s largest beer celebration and is a celebration of Bavarian traditions. More than 200 years ago, Oktoberfest originated as a wedding celebration. It was celebrated with multiple days of drinking, feasting and horse races. The celebration then became an annual event.

Papaya Studio is Thailand’s largest antique warehouse since 1981. They have been in business for almost half a century. There are 4 stories filled with pieces of vintage and antiques. It is home to not thousands, but millions of antique pieces. All kinds of antique, art and retro items can be found here. Many visitors say that Papaya Studio is not just an antique store but it is like a museum. This is a must-visit place and is a place for awesome collections of antique items that you can and can’t imagine. You might find some items that flash back your memories!