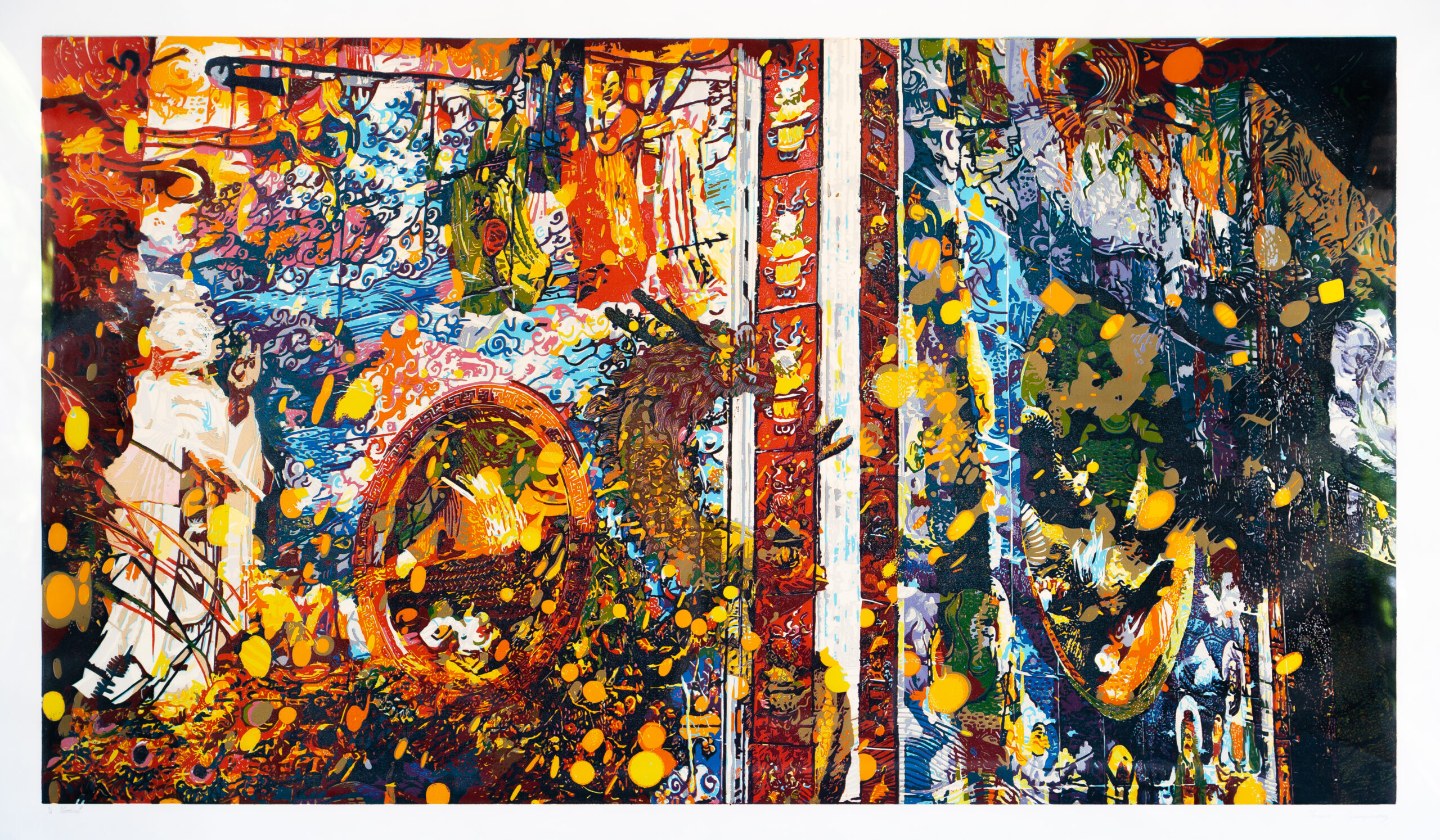 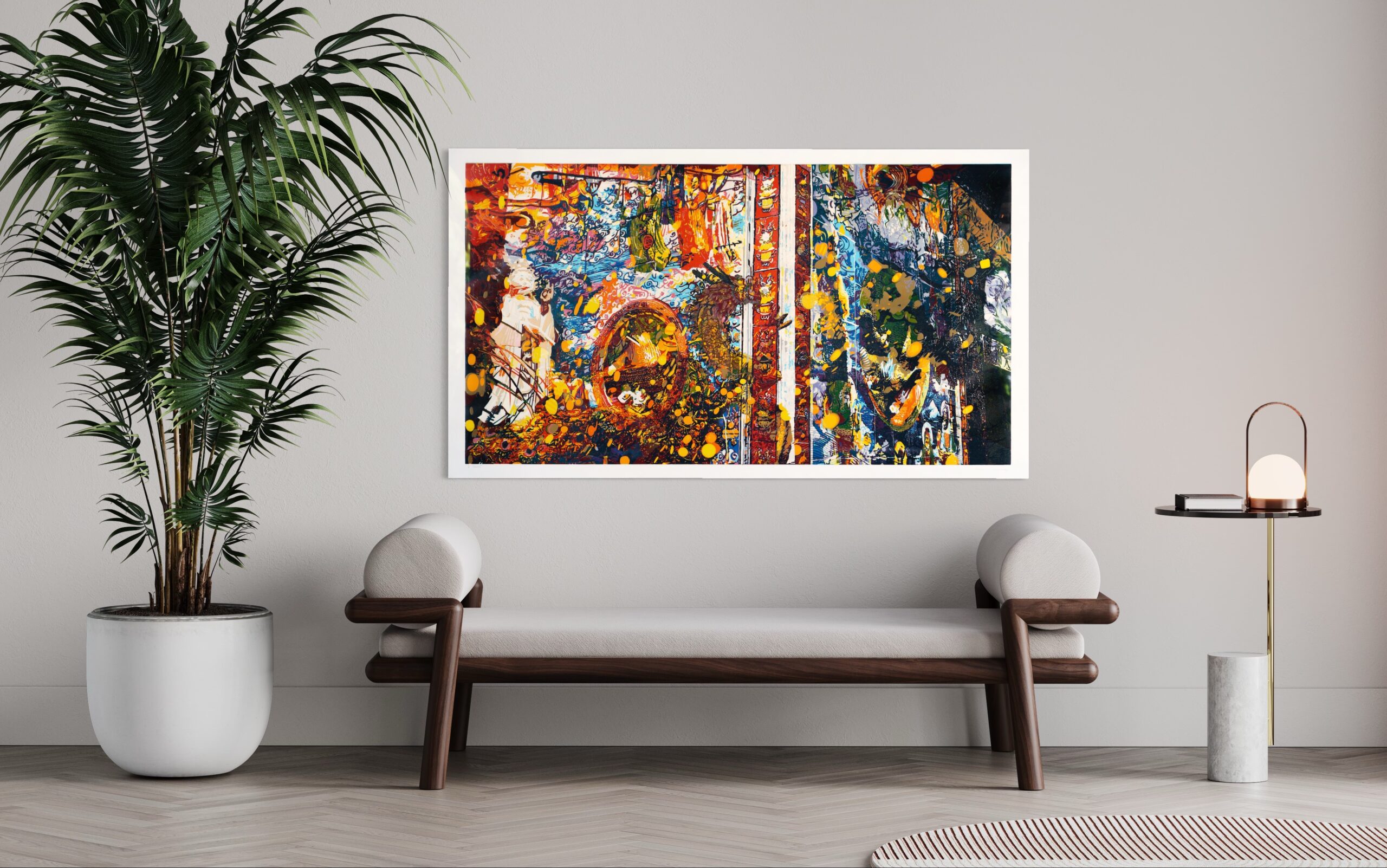 The artist was inspired by their family’s chinese ancestry. The way of life, traditions and culture of the Chinese descent is reflected upon this collection. The artist wants to present the unique practice of showing respect to ancestors, which is a distinct indication of gratitude and remembrance showcasing love and admiration. The combination of culture coexists effortlessly conveying the blend of beliefs, values and morals. This concept is presented through woodblock print technique – the title ‘eastern colour’ represents the colors of Asia; once assimilated the results form a beautiful, cohesive visual that establishes a relationship between the two conjoined cultures. All 6 images are the same concept, each showcasing the varying perspectives of the artist based on each time period.

Warisara Apisampinwong is a semi-abstract style artist who presents their multicultural background by combining small elements from both cultures into her work. Sharing these cultures through woodcut print, the artist makes a successful effort to deliver their ideas with a technique which fits best with the style.

The artist was inspired from the story of Thai-Chinese descents who have dominated a whole community in Thailand. This is to show the multicultural society that we live in and the difference in culture, which brings forth different lifestyles to explore. Thai-Chinese individuals are closely connected to many ritualistic beliefs that relate to paying respect to their ancestors — the artist finds loyalty and companionship within these religious events and expresses this through their work. Apart from that, the illustration of love within family and culture is also painted through the technique of woodcut prints which transmits the feeling of celebrating tradition and cultural value.

One of their proudest achievements became the ROC award in Thailand, in which Apisampinwong received an honorable mention. The award focused on the topic of print and was an international competition. The competition is one of the longest-running print exhibitions in the world as of current, with artworks from artists around the world. Thai-Chinese families are actually a very prominent and established community within Thailand – factually we have the largest Chinese community outside of China. As a matter of fact, approximately 11-14% of Thais are ethnically Chinese. This all dates back to the 13th century, where Chinese traders would visit Thailand and soon start their own businesses in the country, becoming merchants. Along the way, they left an abundance of historical artifacts including inscriptions, parcels and cultural objects that were closely studied by experts. It wasn’t until the late 180s that the Chinese community would legally move in to the country, some working as labor workers while some were entrepreneurs. With their domestic knowledge on agriculture, they introduced new ideas and methods to farming and rubber plantations, which positively influenced the country’s economy. By the late 1900’s, legislation of adopting a Thai surname became established as more people from China began starting families of their own in Thailand, most of which later gained national citizenship. This became the foundation of the Thai-Chinese population we know of today.