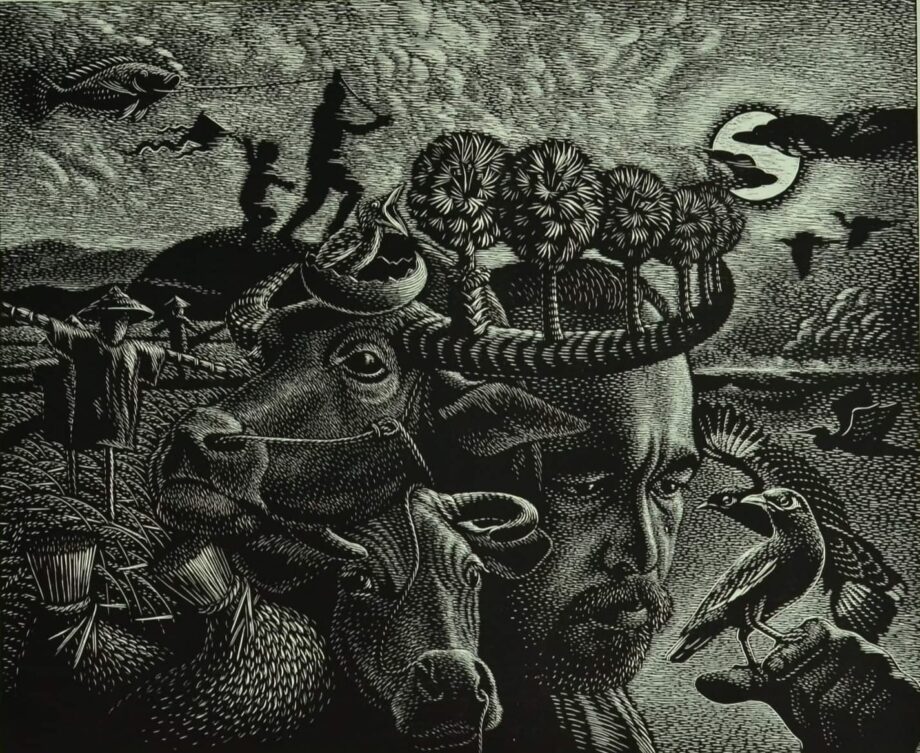 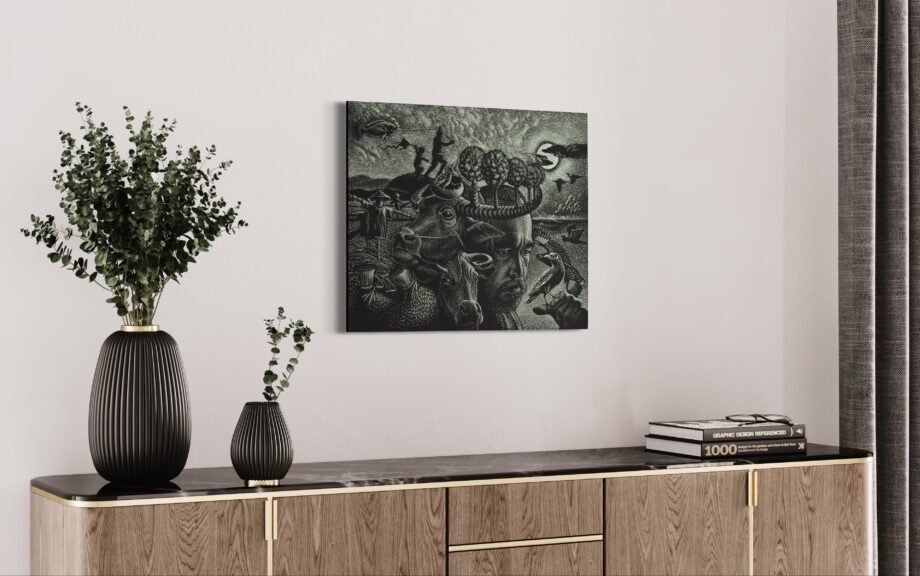 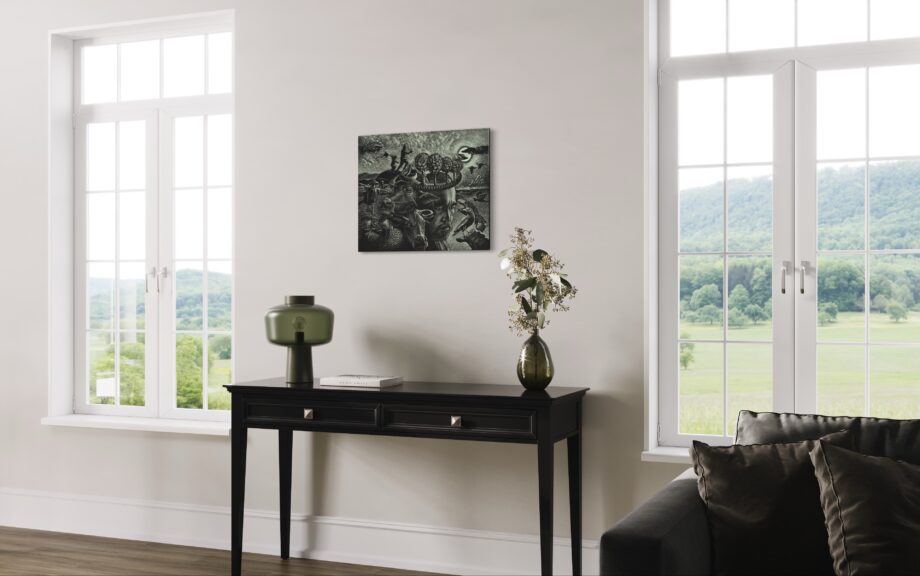 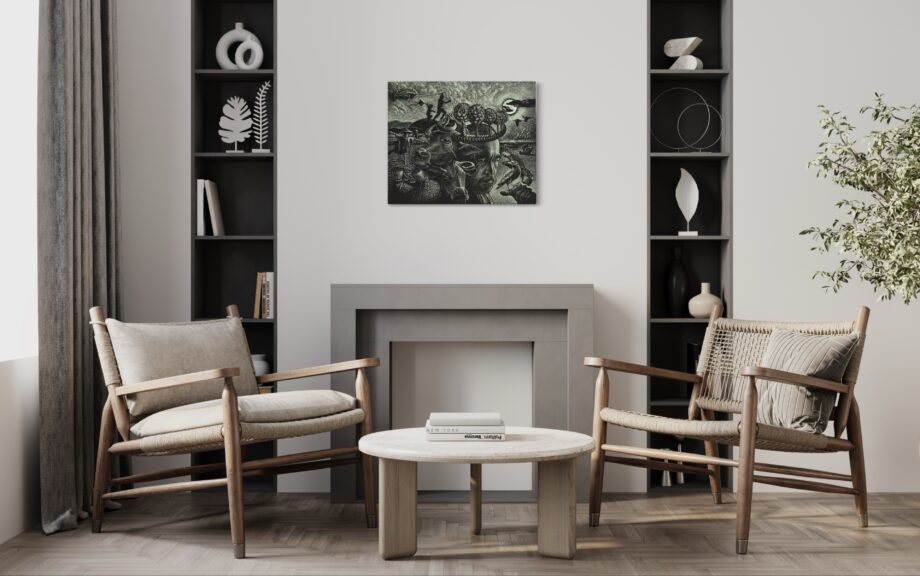 “Sop Tah Nok Ieng” or Starring into Mynah’s eyes came from the idea that seeing something could reminding of certain memory. Just like seeing “Nok Ieng” or Singing Mynah could always bringing the artist back to his childhood’s home, to the familiar scenery of a peaceful local life that he value as a true happiness. Also this printing illustrate Dhamma’s percept through such divisible simplicity. “Even being animals, buffalo and singing Mynah live interdependently. Conversely all those said kind of fade away in recent human life”, purposefully explained the artist. Monthain also pictured his self portrait, which face’s expression amplified the sensation even more, explaining that sculpting his own sensation according to story and expressing it is the key of the printing. I was born into local living family, mainly rice farmers as well as orchardists, and surrounded by fertile cultivating field.
Living amongst such enriched nature and culture that warmth, bounty, and interdependence are well familiarised defining the fascinating of local society. Also defining what my life has been looking for all along, happiness. All beautifully meaningful childhood’s memories are still crystal clear within my mind, even facing competitively parched city life could not make them fade away.

The woodcut printmaking of the local field’s spirits, Sop Tah Nok Ieng or Starring into Mynah’s eyes illustrate Dhamma’s percept through such divisible simplicity. Buffalo and Singing mynah remain as the main figures same as “Kheang Khu Oo Khao“. “Even being animals, buffalo and singing Mynah live interdependently. This ungulate provides shelter and food while the bird get rid of irritative insects as well as looks out for danger. Conversely all those said kind of fade away in recent human life. Why don’t be merciful and help one another. Why colliding and taking benefits for each own sake”, purposefully explained the artist.

The artist, Monthain also pictured his self portrait on this printing which face expression amplified the sensation even more. Sculpting his own sensation according to story and expressing it is the key of the combination. “Face expression is another main idea of this printing beside the relationship of those two animals, intentionally selecting the right mood to express the right tone of each circumstance”, Explained the artist.

Of which the name, the artist explained that seeing something could reminding him of certain memory. Just like seeing “Nok Ieng” or Singing Mynah could always bringing him back to his childhood’s home, to the familiar scenery of a peaceful local life that he value as a true happiness.