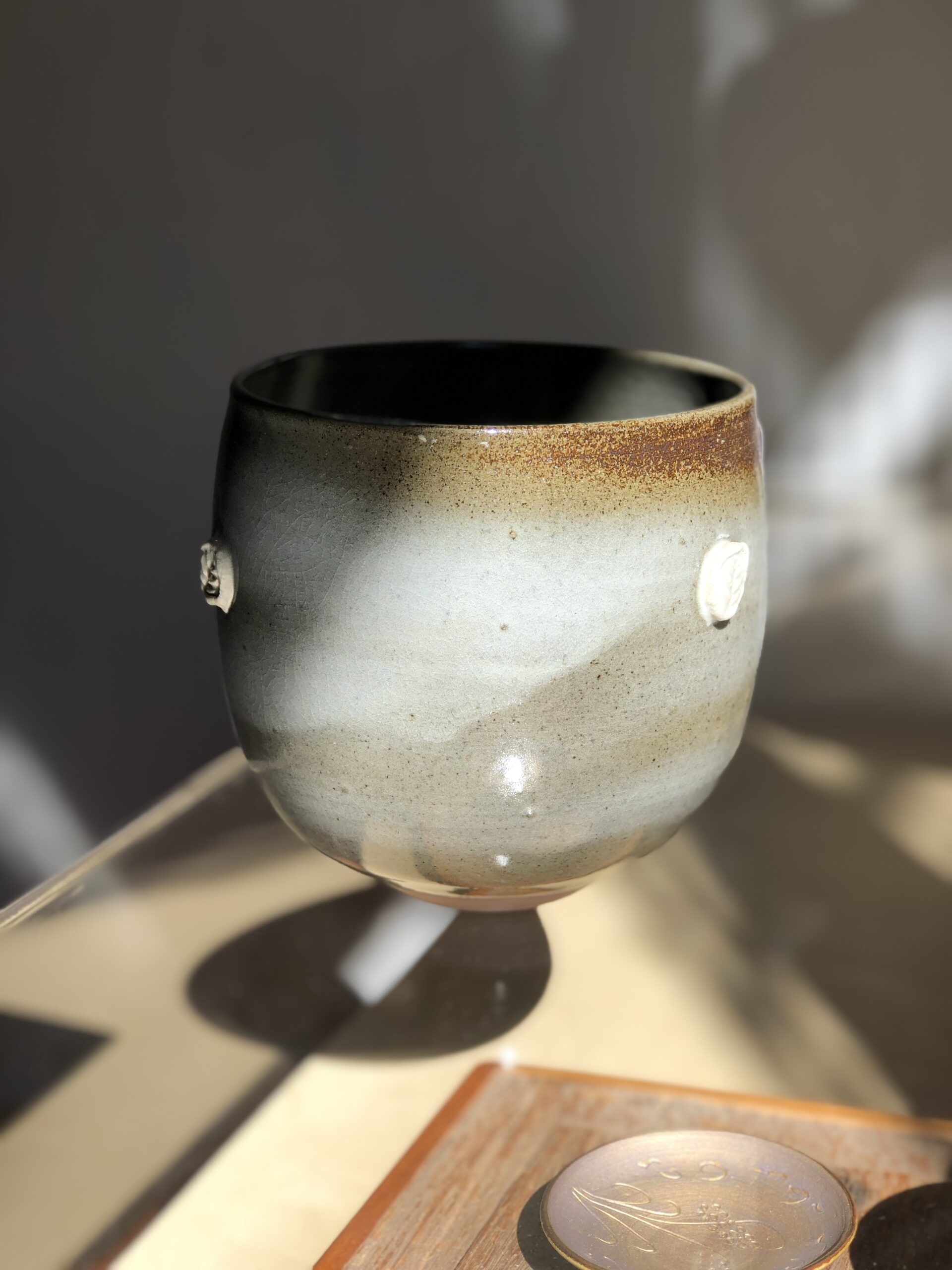 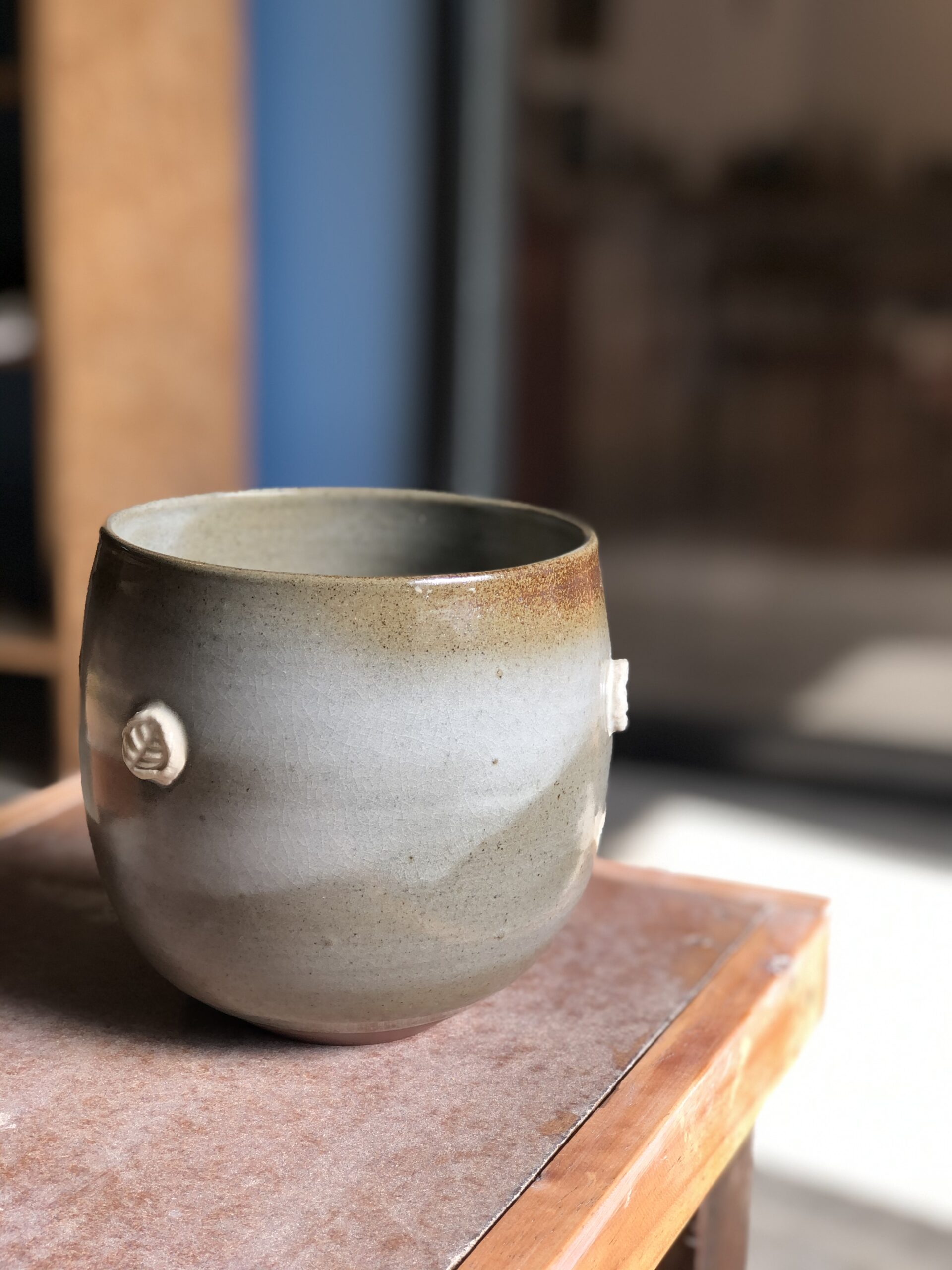 Shade of gray, a Japanese matcha cup liked shape with a glossy gradient gray colored coating, is a stoneware type of ceramic that MoThana has been known for. The brand’s stoneware is distincted from others by a porcelain liked thinness. Moreover, the weight are comparable lighter as well. This cup was made of an on site or a local clay which typically as well as historically the clay from this area has been used for earthenware making. But Chaloemkiat  Bunkhong had experimented aiming to create his own unique raw material and Finally, he discovered the know-how of making them work for stoneware production. Anyway, he had kept on perfecting his discovery to make the most stunning usable art piece even further, yet to improve the water resistant ability. Of which the firing, 1260 degree celsius was used to create the perfect stoneware. All theses being said is to conclusion of how exquisite this creation is. So be sure not to skipping on it. The word Sangkhalok has different assumptions. Some say it comes from the word “Song Kolok” which means the hearth of the Song. Determination of the age of Sangkhalok from the evidence that Chinese wares and green wares of the Yuan dynasty were discovered in a ship that sank in the Gulf of Thailand named tram boat Age around the beginning of the 19th Buddhist century and a comparative study of Sangkhalok and Ming Dynasty Chinese pottery found in the Philippines. Sangkhalokware has been set to last between the 18th-19th Buddhist century. Sangkhalok production started during the Sukhothai period. but was promoted as an export product and expanded mass production during the Ayutthaya period The production of Sangkhalok utensils has declined since the 23rd Buddhist century.

The Tea Ceremony with the shade of grey The tea ceremony, also known as Sado in Japanese, is one of the arts with a long history. And is one of the unique art of Japan. If we have knowledge and understand the basic etiquette of tea ceremony, we will gain access to the charm and depth of this ceremony.

Usually when it comes to tea ceremony People probably think of the steps and methods of brewing green tea or “matcha”. In addition to the brewing process There are also subtleties in etiquette. that both the host side and the guest side of the ceremony should practice This is why we often see the English word Tea ceremony, which conveys subtlety and process. as if it was a ritual