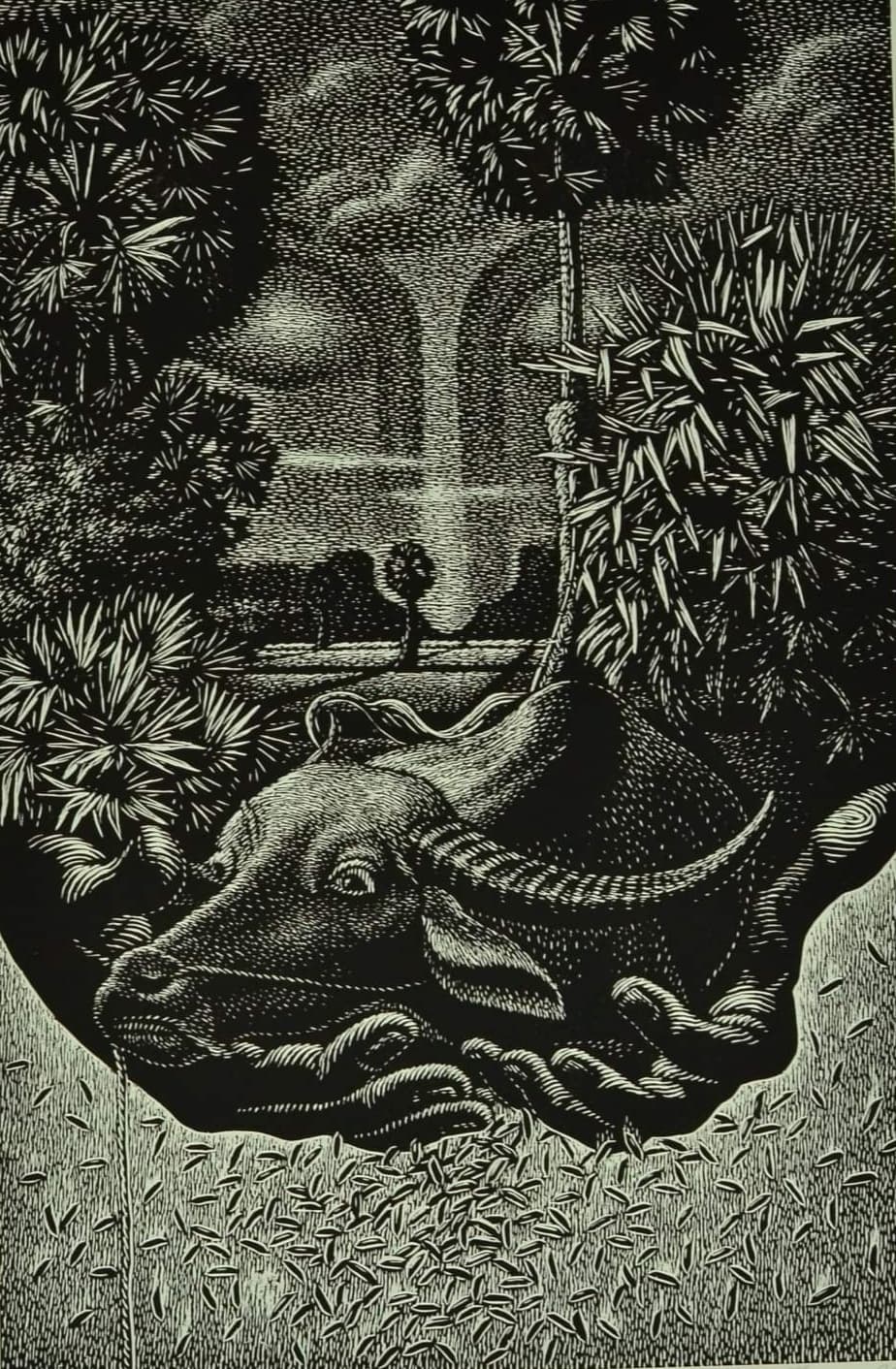 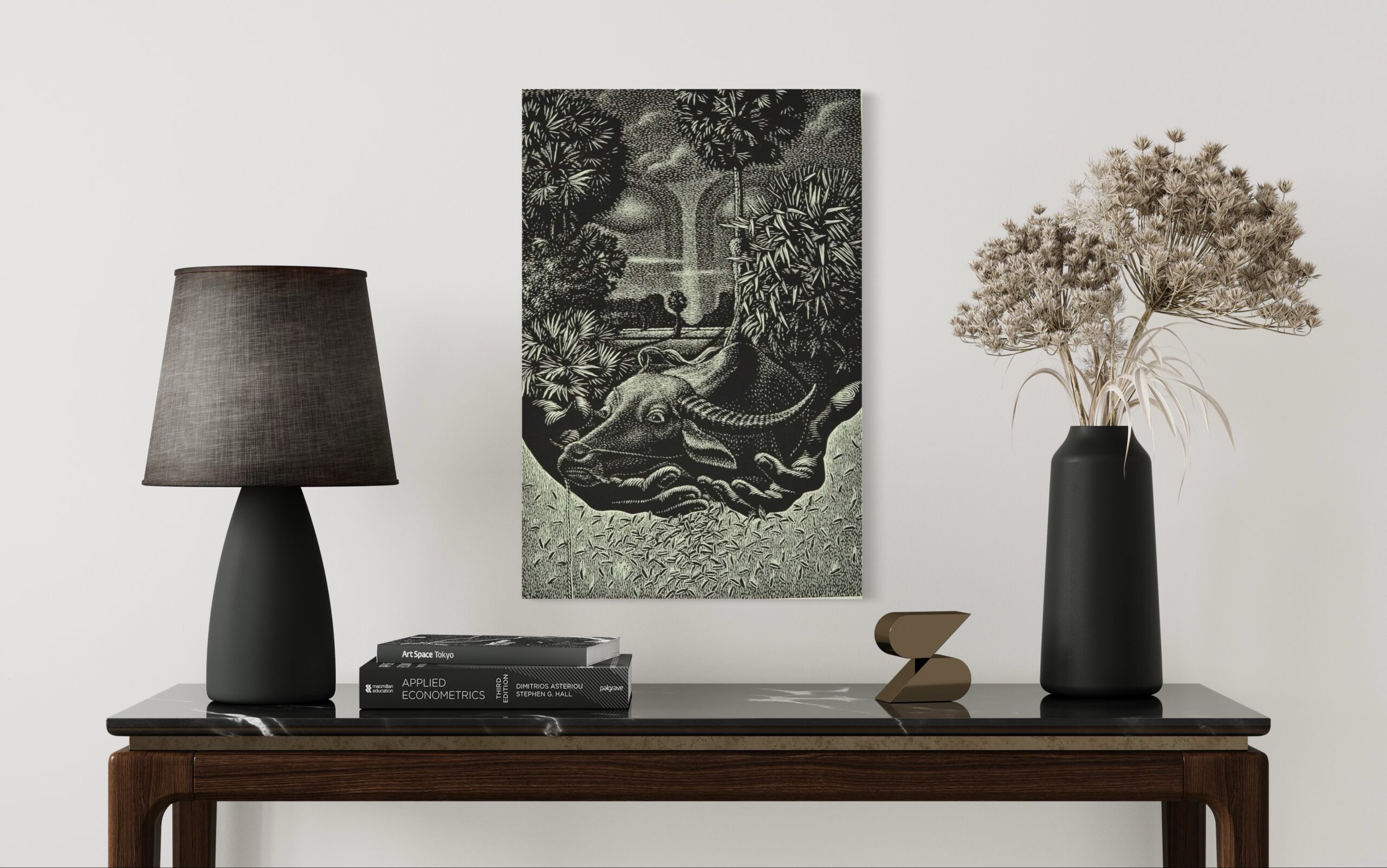 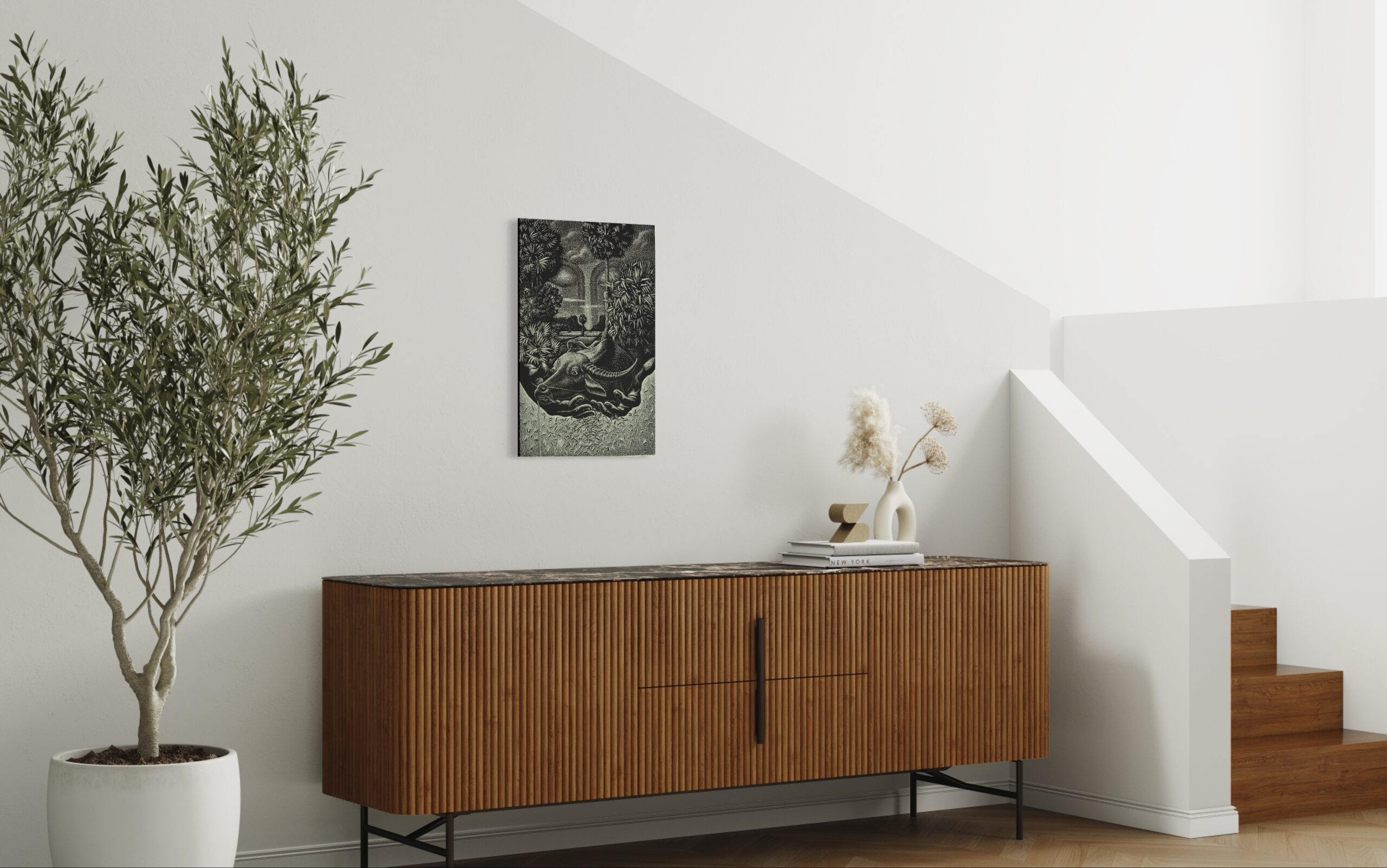 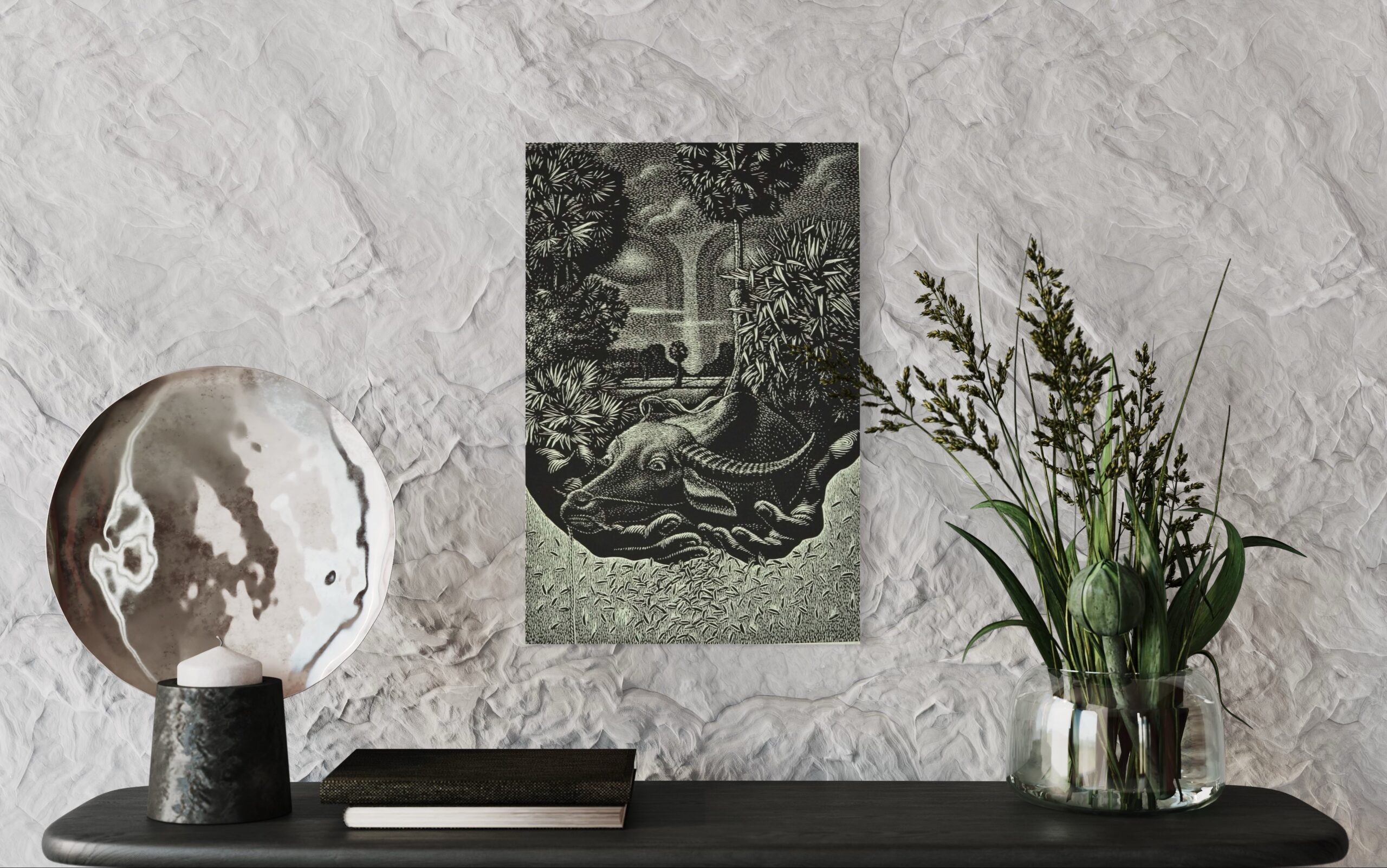 Inspired by his father’s moral folklore and poetry, he presented a still looking of Lord Buddha’s peaceful face in this printing. The familiar rice field’s elements like growing rice, toddy palms and of course buffalo were still represented. All the composition set was to reflect the most simplicity that life could ever ask for. Which is the religious fertile land, the moral land. An impression that drive the set of art creation

” I was born into local living family, mainly rice farmers as well as orchardists, and surrounded by fertile cultivating field.
Living amongst such enriched nature and culture that warmth, bounty, and interdependence are well familiarised defining the fascinating of local society. Also defining what kind of happiness my life has been looking for. All beautifully meaningful childhood’s memories are still crystal clear within my mind, even facing with competitively parched city life could not make them fade away.”

Monthain said he was lucky, and still is, as growing up amongst local environment. living closely with such poetic wiseman like his father had shaped the way he see and think. “I was raised by local philosophy, simplicity, and meaningful religious”, said the artist. Nurturing within and here come the very core of his inspiration.

Inspired by his father’s moral folklore and poetry, he presented a still looking of Lord Buddha’s peaceful face in this printing. The familiar rice field’s elements like growing rice, toddy palms and of course buffalo were still represented. Moreover, the buffalo was carried by hands in the way of giving forward. All the composition set was to reflect the most simplicity that life could ever ask for. Which is the religious fertile land, the moral land.