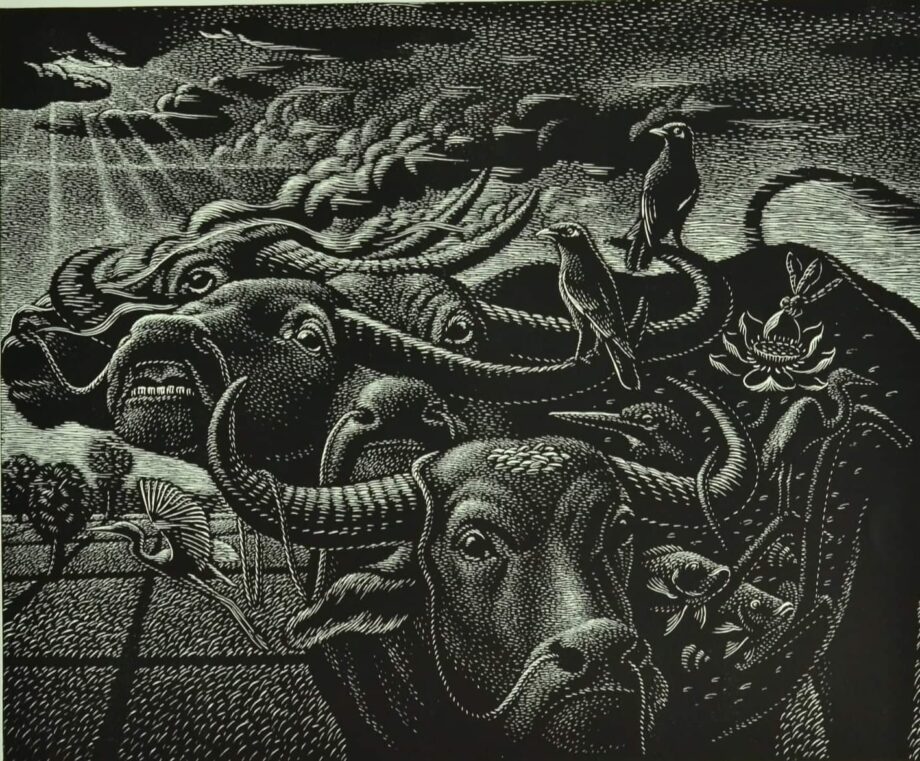 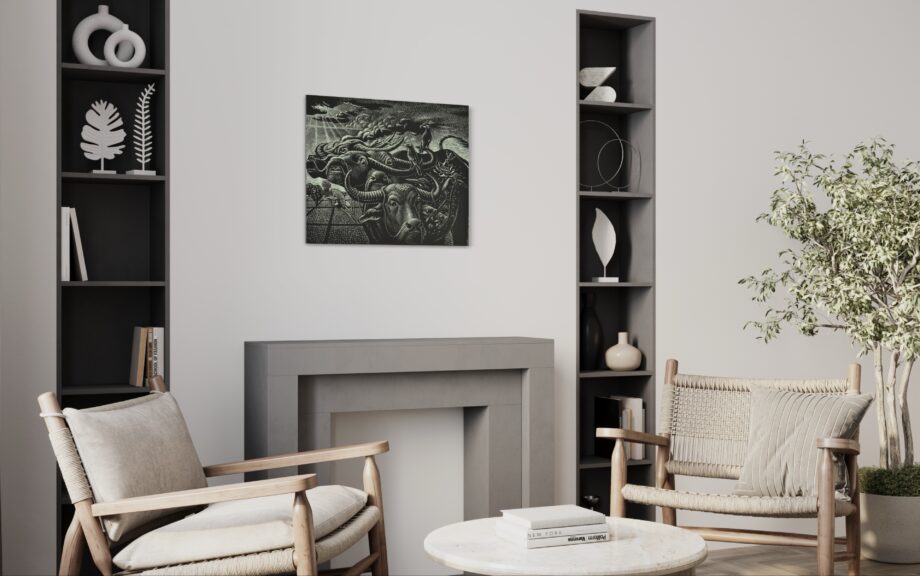 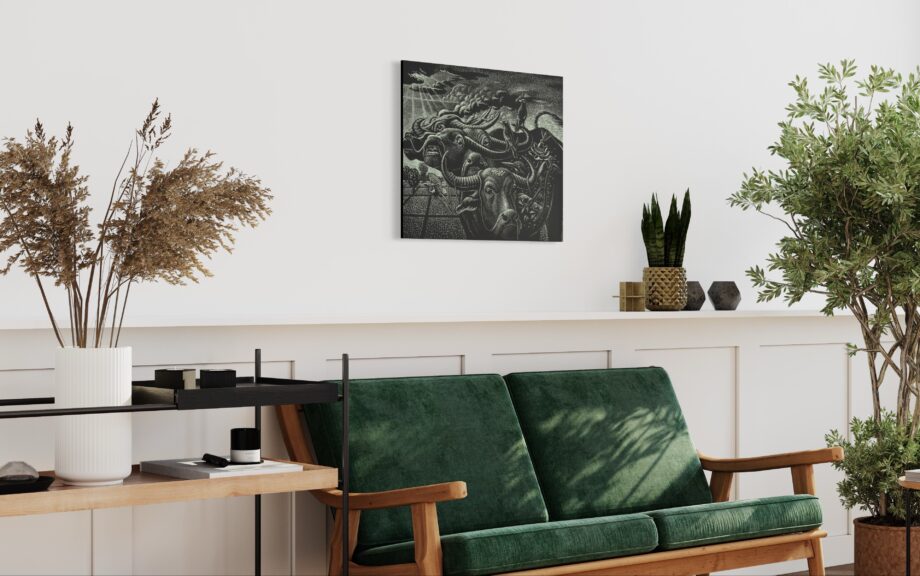 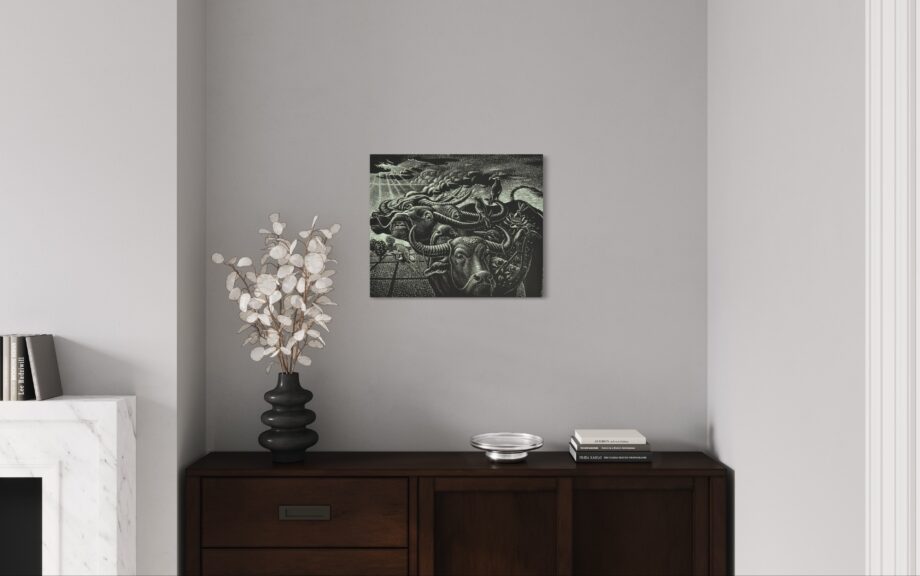 “Kheang Khu Oo Khao”, or Adjacent with Breadbasket in English translation, is represented by two well known animals amongst Thai agricultural society. The Artist used buffalo and singing mynah as a symbol aiming to reflect Thai custom that nowadays could be only related to local living. As well as an interdependence that gradually extinct in parched city life. I was born into local living family, mainly rice farmers as well as orchardists, and surrounded by fertile cultivating field. Living amongst such enriched nature and culture that warmth, bounty, and interdependence are well familiarised defining the fascinating of local society. Also defining what kind of happiness my life has been looking for. All beautifully meaningful childhood’s memories are still crystal clear within my mind, even facing with competitively parched city life could not make them fade away.

“Being an artist is capable of delivering massages for example social criticism, philosophy, or certain paradigm, I though choose to reflect my natural way of living and how I see through things”, said Monthain. He chose two well known figures, buffalo and singing mynah, that have been closely related to Thai agricultural society. Yet a reflection of Thai’s moral, the interdependence between two animals. This familiar scene of singing mynah clinging on buffalo is a well represent of local life. On one hand, it’s a special attribution from such area. And on the other hand, an explanation of what the artist value, “the fascinating of warm, bounteous, and interdependent local society.”