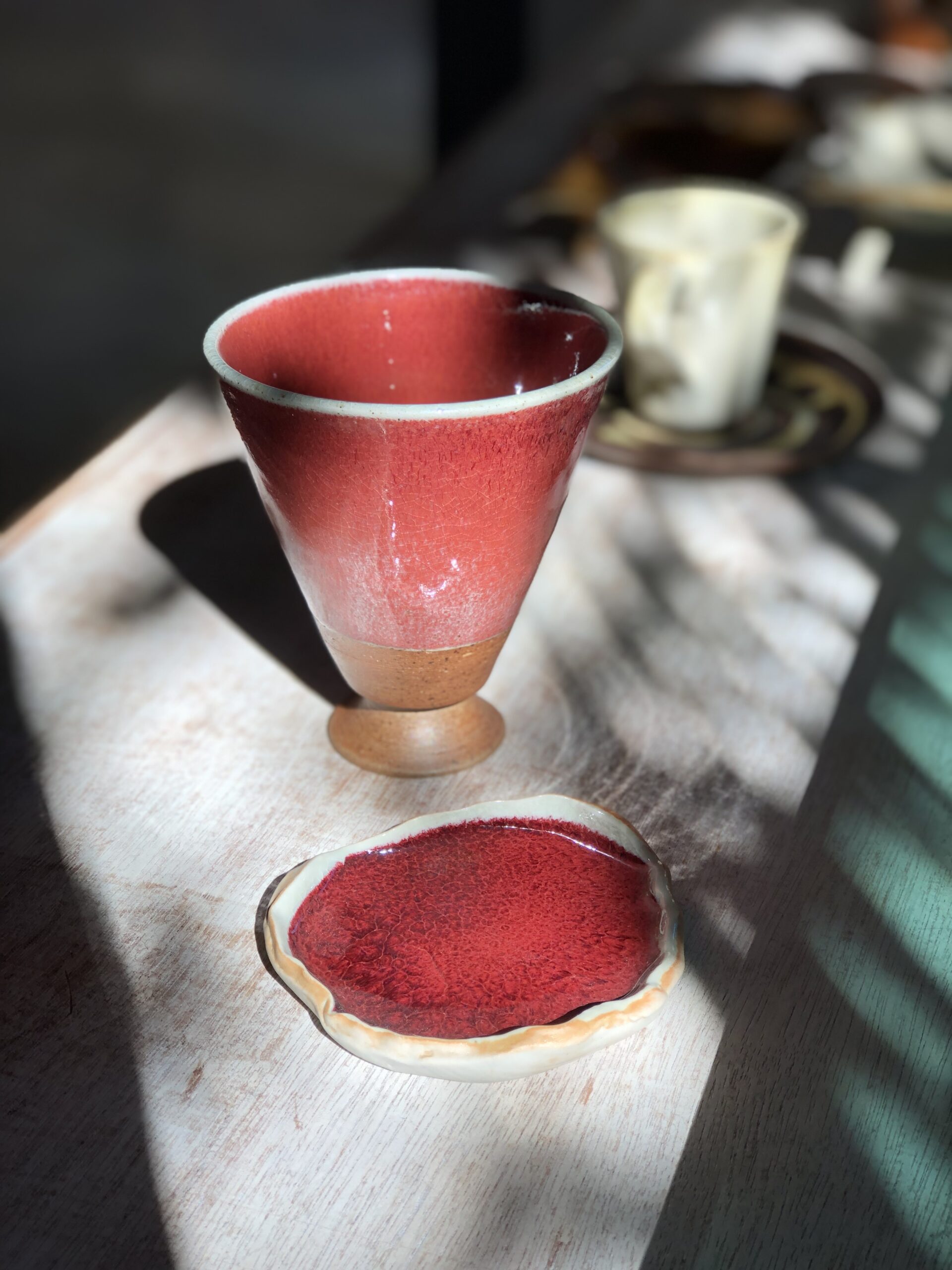 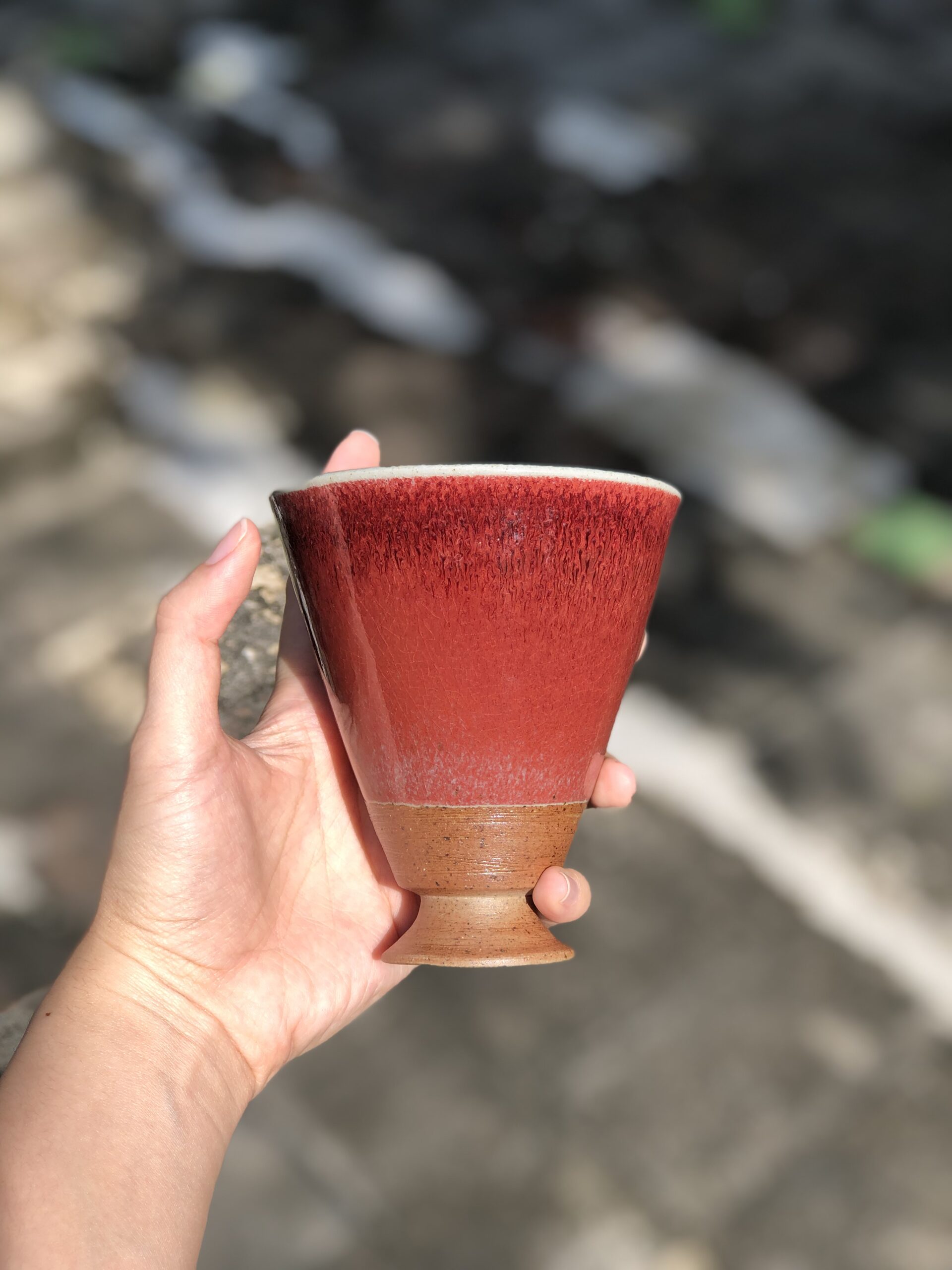 Into the red cup| MoThana Ceramic

Into the red cup is a ceramic set comprising of a cup and a plate which their color resemble to the given name. Hand building without a wheel, these stoneware were fired in a gas-kiln at 1260 degrees celsius. Not only with quite a high temperature but the reduction of atmosphere was also involved as a special technique. About the exterior coloring and glossing, MoThana used their distinctive copper-red oxide glazing formula to finish the overall look. The red color will always vibrant any dim looking day just like the sun that whenever it rising or setting, the shadow would constantly shying away. While the glossiness will gives the smooth touch as well as light reflecting ability. These usable art pieces are also practical both to the artistic soul and a modern day lifestyle as they are dishwasher and microwave friendly. So giving your house a chance to restore them would never ever gonna disappoint you at any cost. The word Sangkhalok has different assumptions. Some say it comes from the word “Song Kolok” which means the hearth of the Song. Determination of the age of Sangkhalok from the evidence that Chinese wares and green wares of the Yuan dynasty were discovered in a ship that sank in the Gulf of Thailand named tram boat Age around the beginning of the 19th Buddhist century and a comparative study of Sangkhalok and Ming Dynasty Chinese pottery found in the Philippines. Sangkhalokware has been set to last between the 18th-19th Buddhist century. Sangkhalok production started during the Sukhothai period. but was promoted as an export product and expanded mass production during the Ayutthaya period The production of Sangkhalok utensils has declined since the 23rd Buddhist century When the sun goes down in the evening or is emerging in the morning, the sun’s light travels through a layer of atmosphere that is thicker than usual to reach the Earth’s surface. Because this world has a circular ridge morning and evening, the light of the sun will shine in the direction oblique to that part of the earth’s surface did not shine directly on the scene like during the day It makes the atmosphere in the direction that the sunlight shines in an oblique direction. Absorbs more of the sun’s blue light rays than normal, let the red light rays and orange rays continue to pass. Allowing us to see the sun at this time in a deep red color  just like into the red cup that Khun Chaloemkiat inspired from. Moreover,  to see the sun bigger than usual due to the curvature of the atmosphere in the oblique part of the eye acts as a magnifying glass to make the image look more like the sun. The picture of the big sun is not the real sun, but is an enlarged view of the red light rays surrounding the real one.