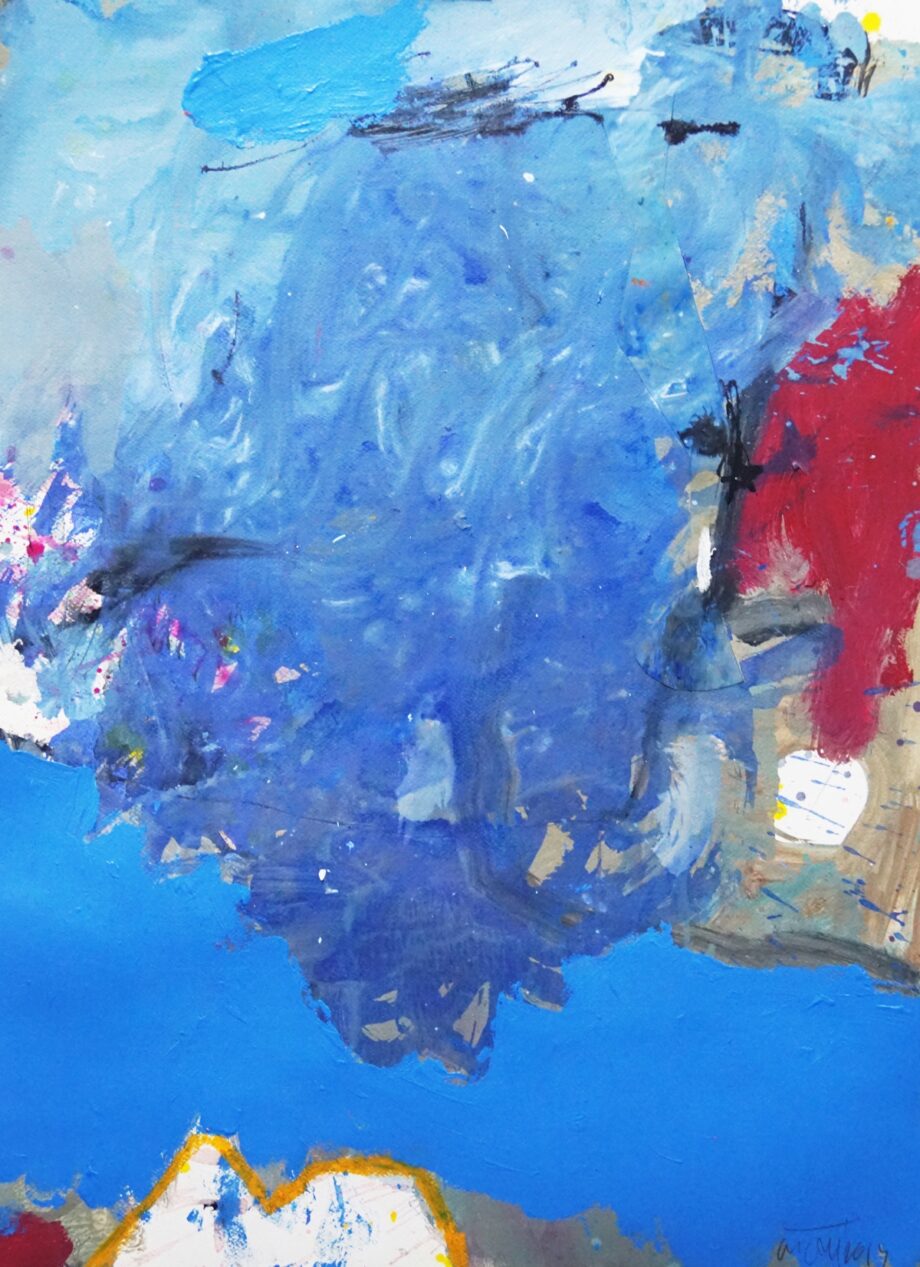 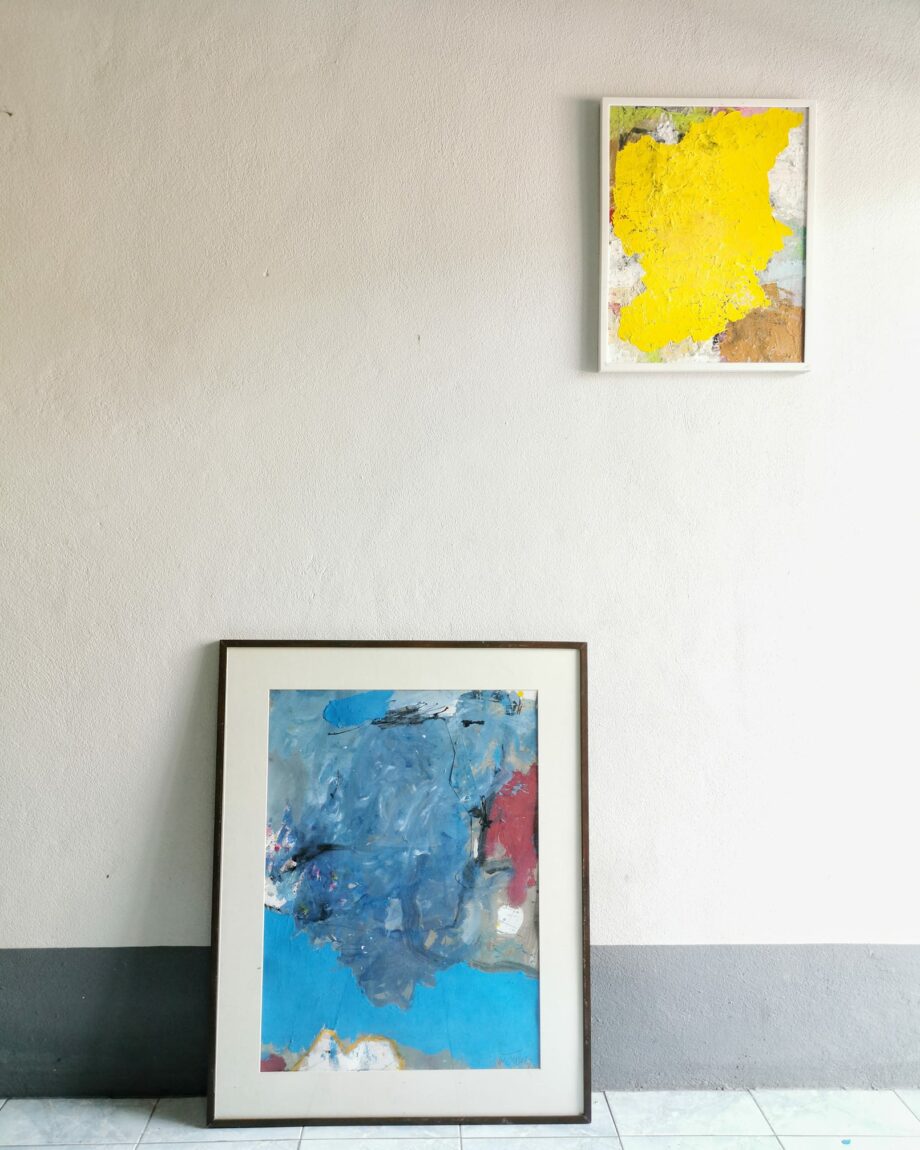 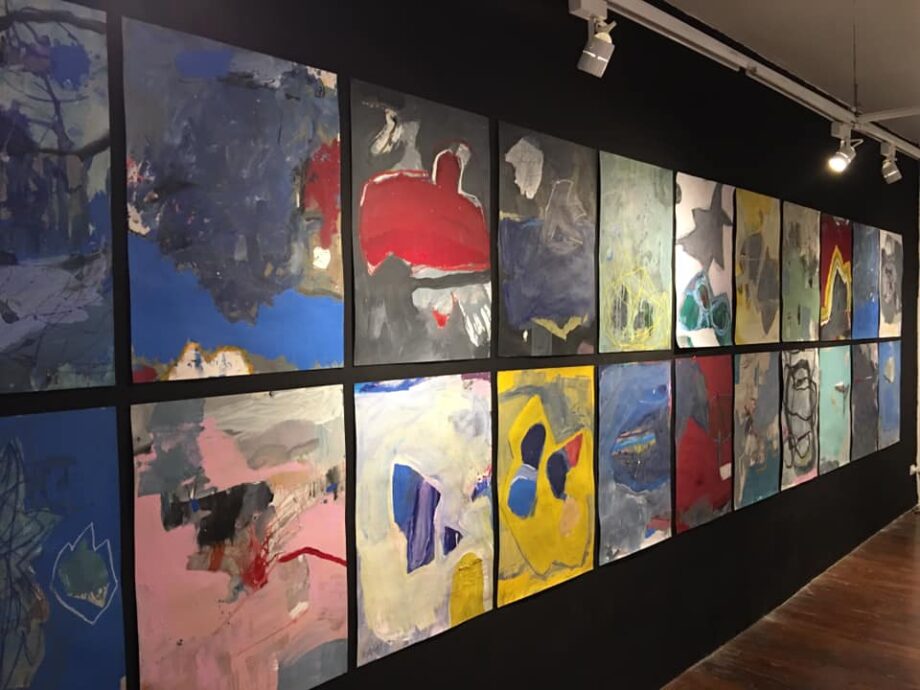 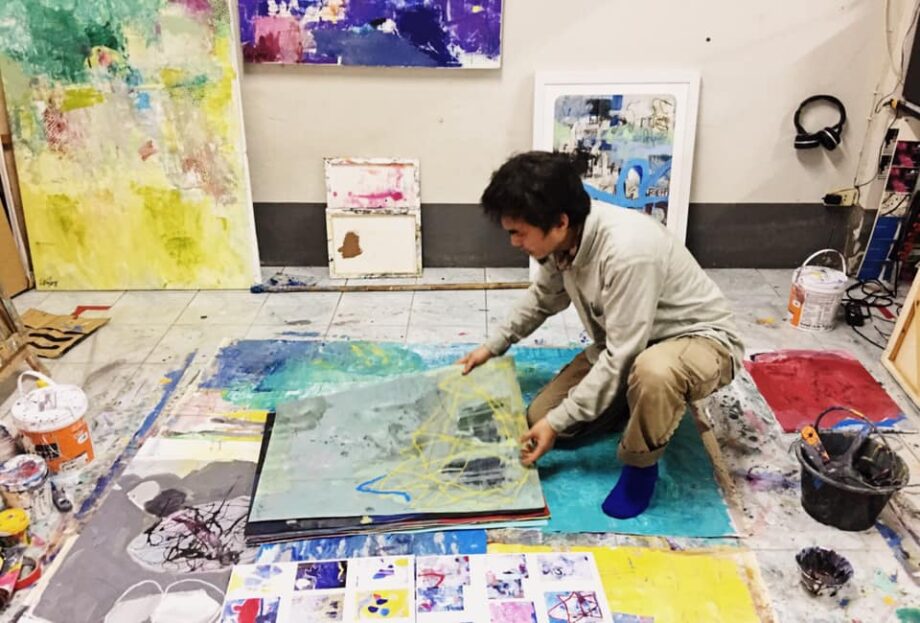 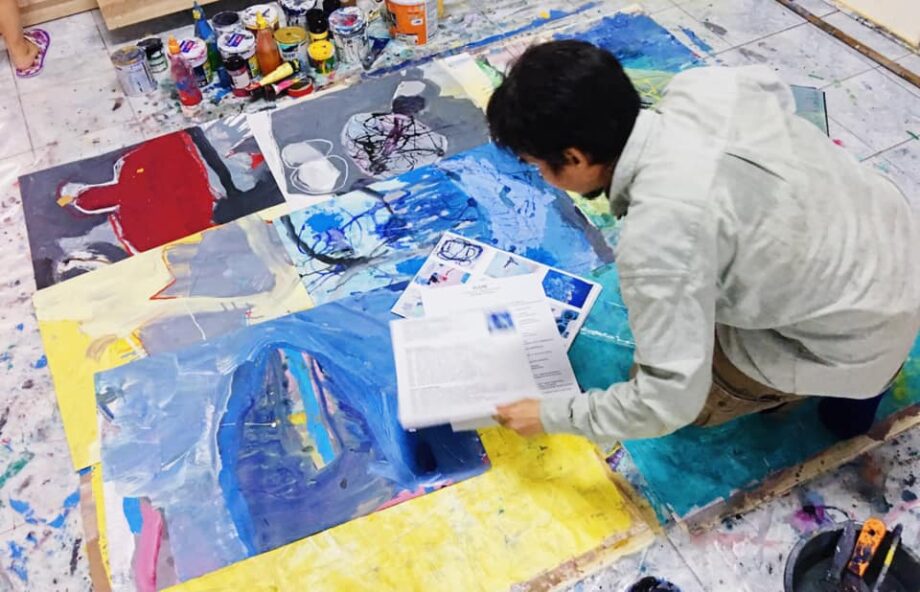 Flow 05, an abstract painting in the FLOW series by Pawnthep Chitphong. This artwork inspiration arises from the nature both outside and within Chitphong. It is mostly from spending time observing the nature (part of that is from the love to cycle and hike in the jungle) as well as observing his own nature inside of him (habits traits). Both observations led to the expressing of moods and emotions according to experiences without other complicated factors resulting in these abstract paintings. Anyone who looks at these artworks is allowed to feel whatever he or she connects with them.

At the age of 18, he began to draw again whilst living with his relatives, who supported him to study photography in Bangkok. Pawnthep’s first collection, entitled “Time”, was exhibited in 1999 at Comme’ Restaurant. In 2002, he turned his attention to abstract and figurative arts. The “Flow” series was inspired by the intense flow of color from a brush soaked in water over 400-gram sheets, which eventually showed its individuality freely and attractively.

Likewise, works of each era throughout the Chitphong ages are also gradually revealing life’s aesthetics. This consists of mental state at the early age of drawing practice. The determination by fear and anxiety appears to be distorted and winding lines, and soaking water also reflects those sentiments.

Another consistent part is Chitphong’s obsession with forest hiking and experiencing nature in a different dimension. Having a few trips to the complete silence space when darkness and quietness wrapped his body and mind, the hidden fear inside started to arise.

Throughout these years of art practice, Pawnthep was stipulated by “reason” (provocation) and “result” (happening). It is undeniable to accept that he has been mostly driven by (other’s) perception and belief. Thus, he often tried to release those stipulations to avoid the effect of his own perception of understanding himself and others.

This freeform in invisible effects probably refers to the flow movement of color and brush soaking water in this series.