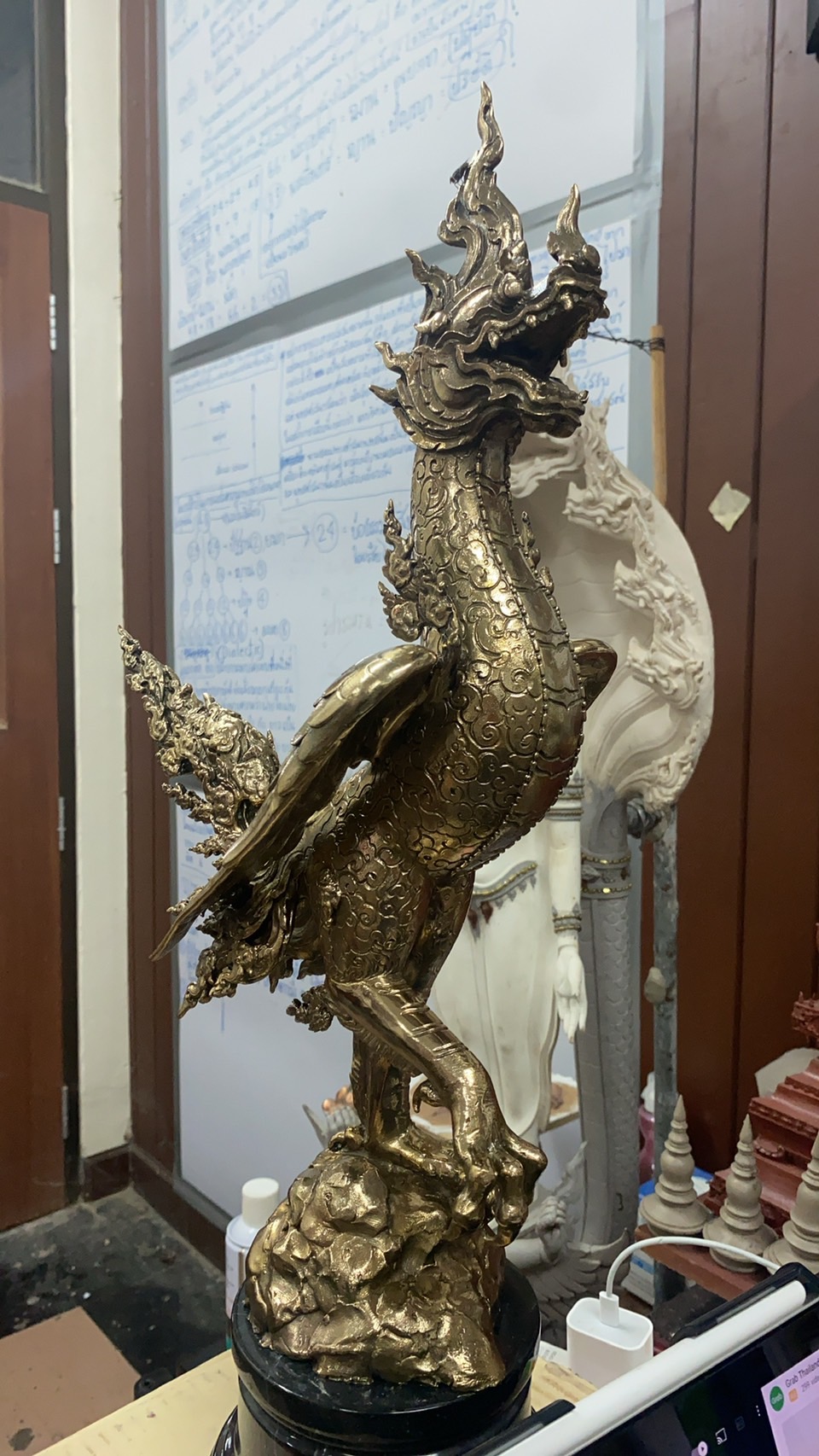 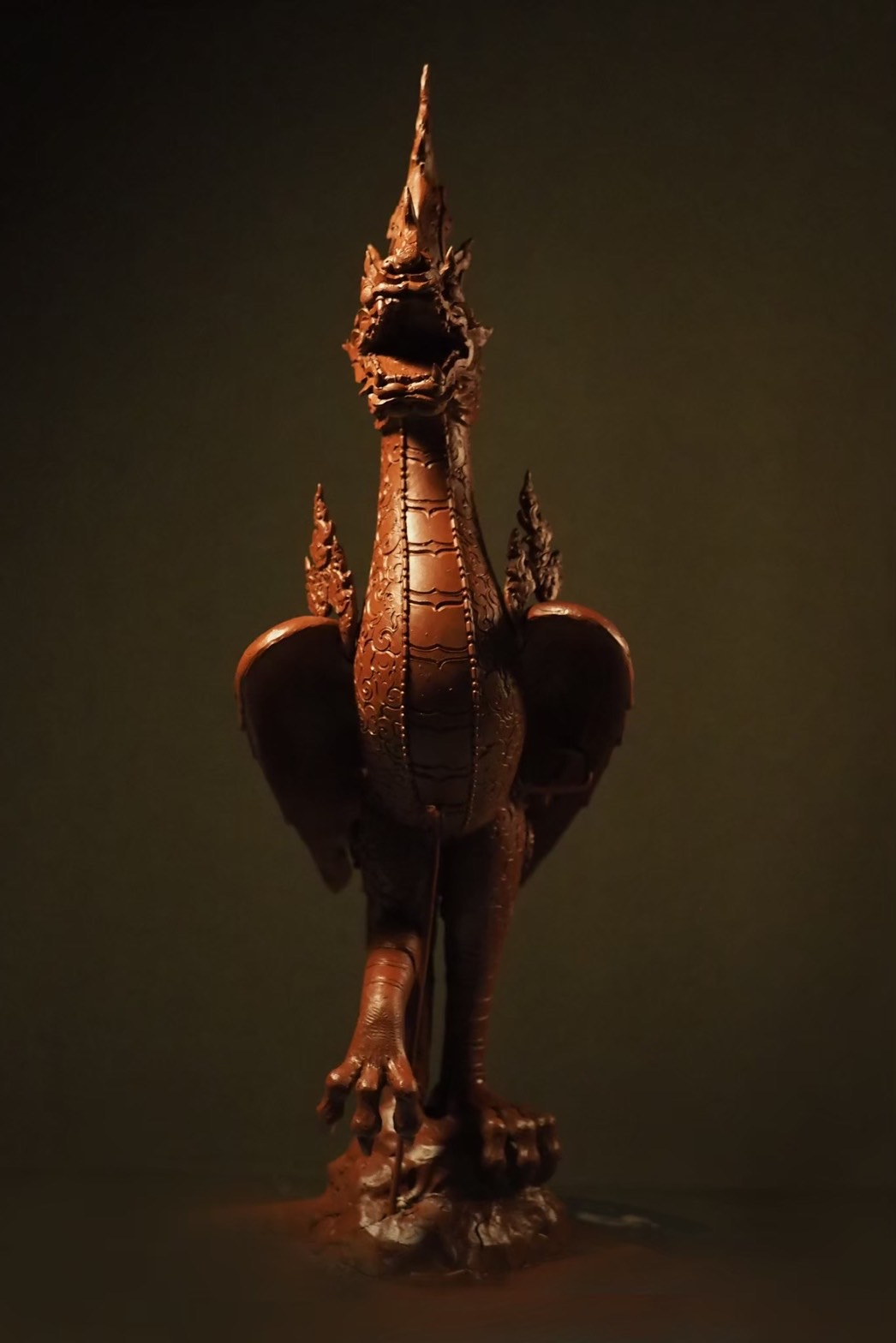 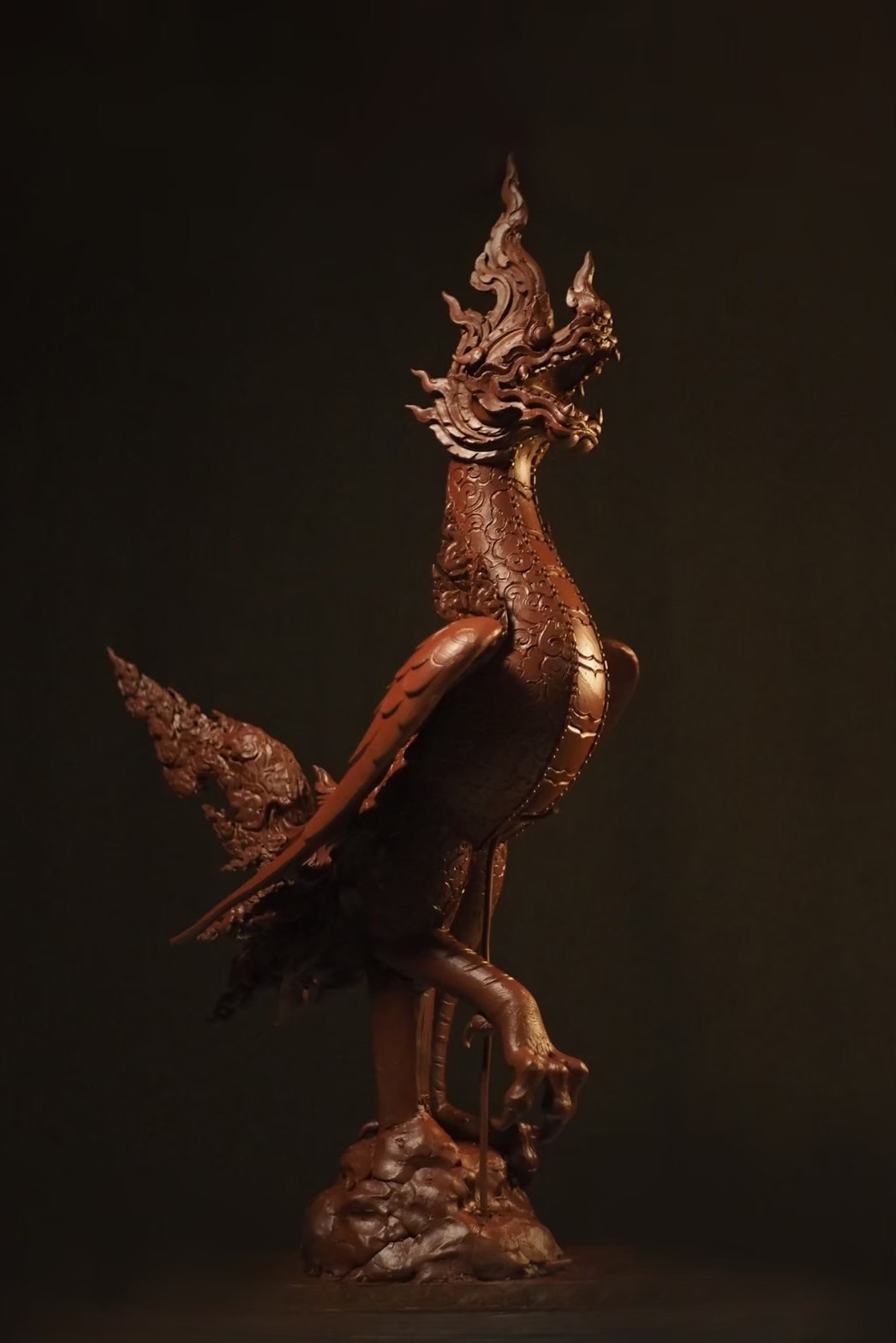 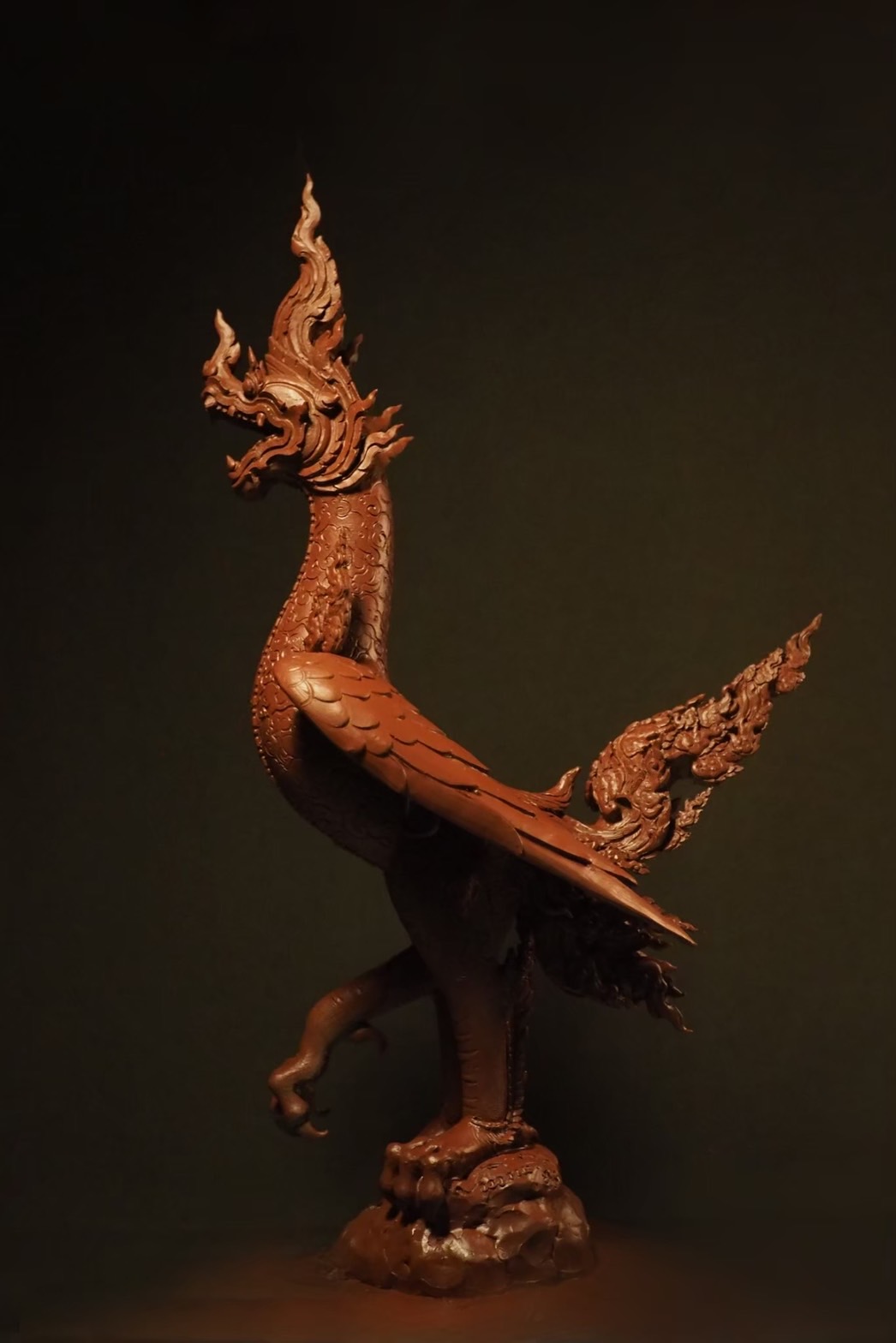 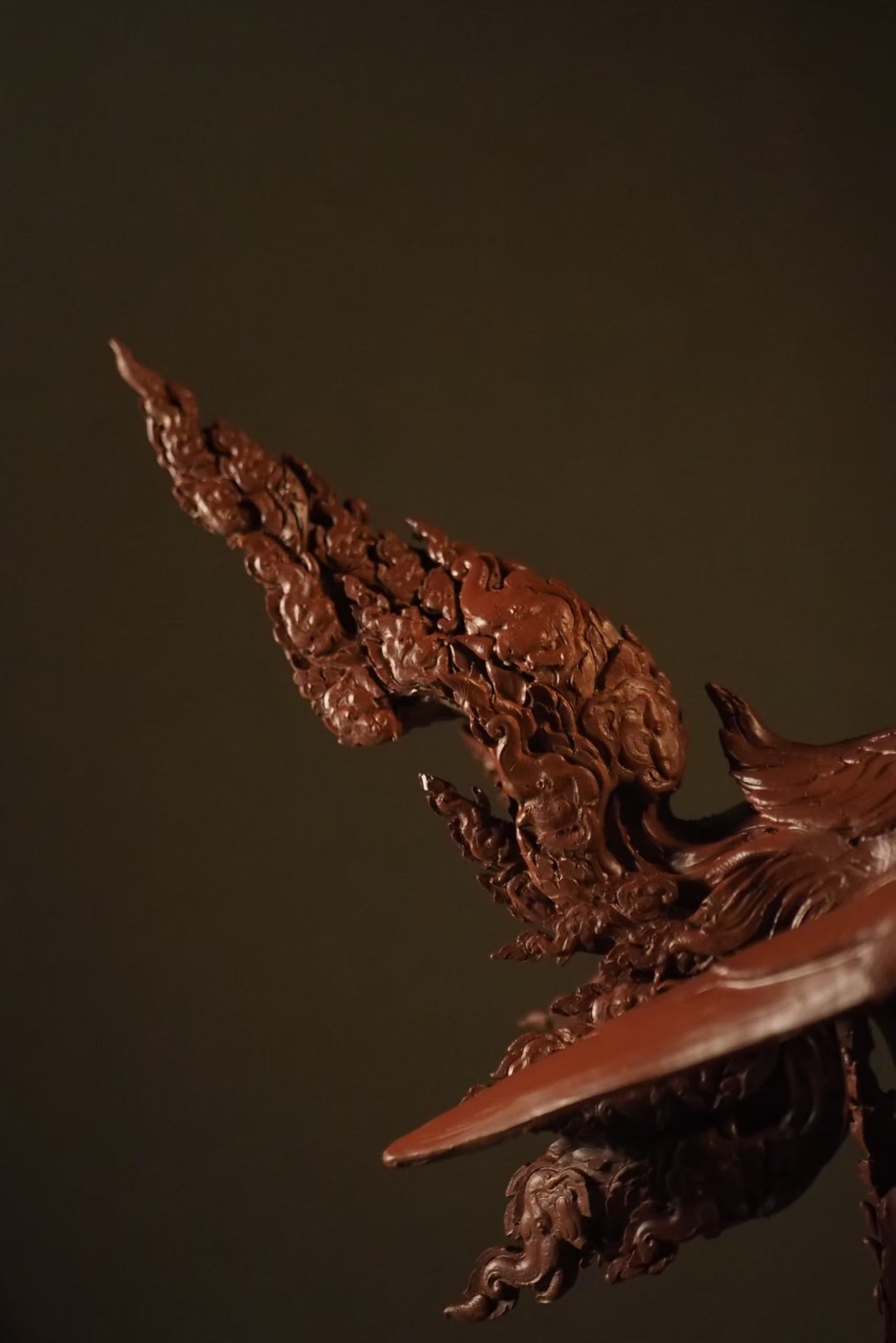 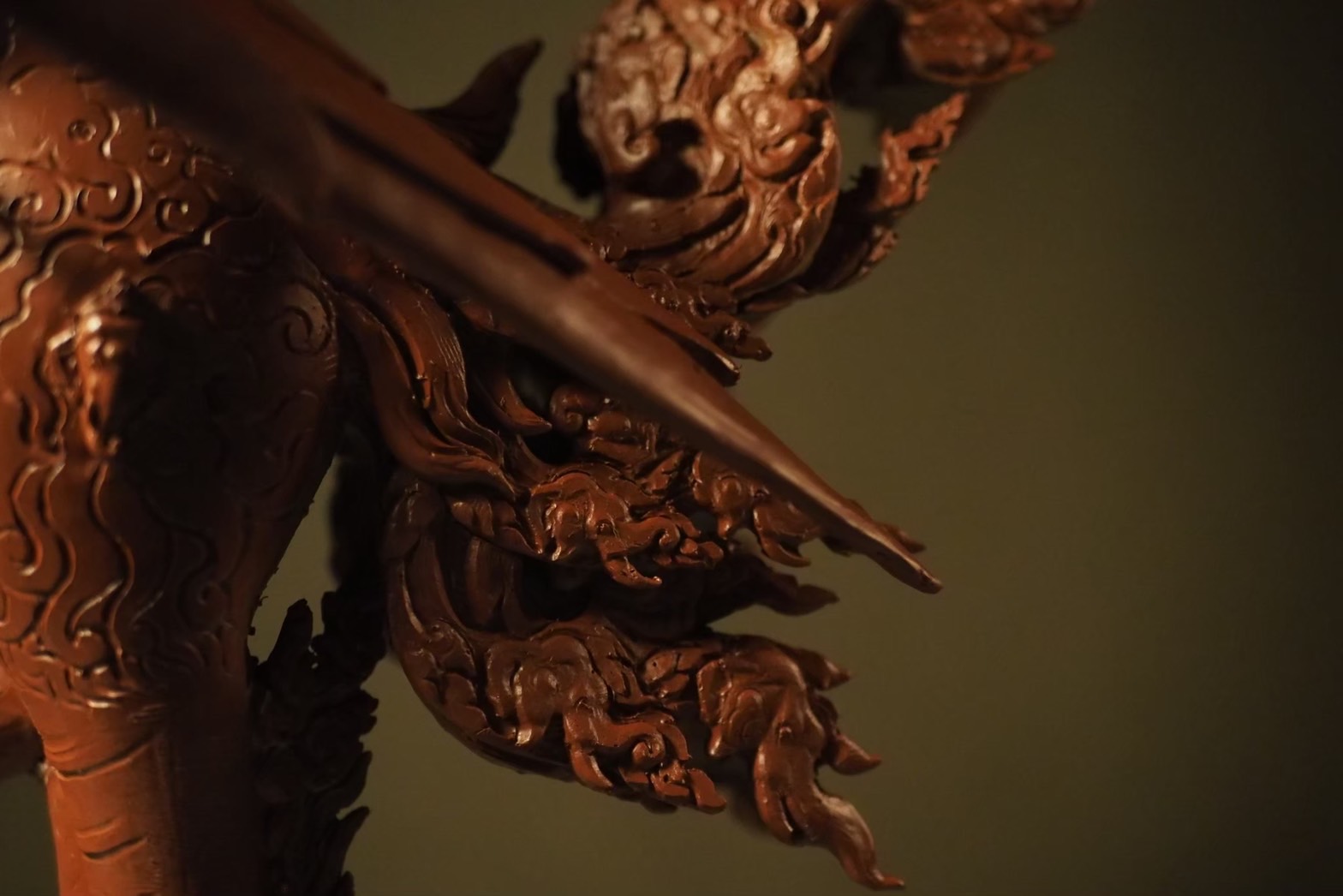 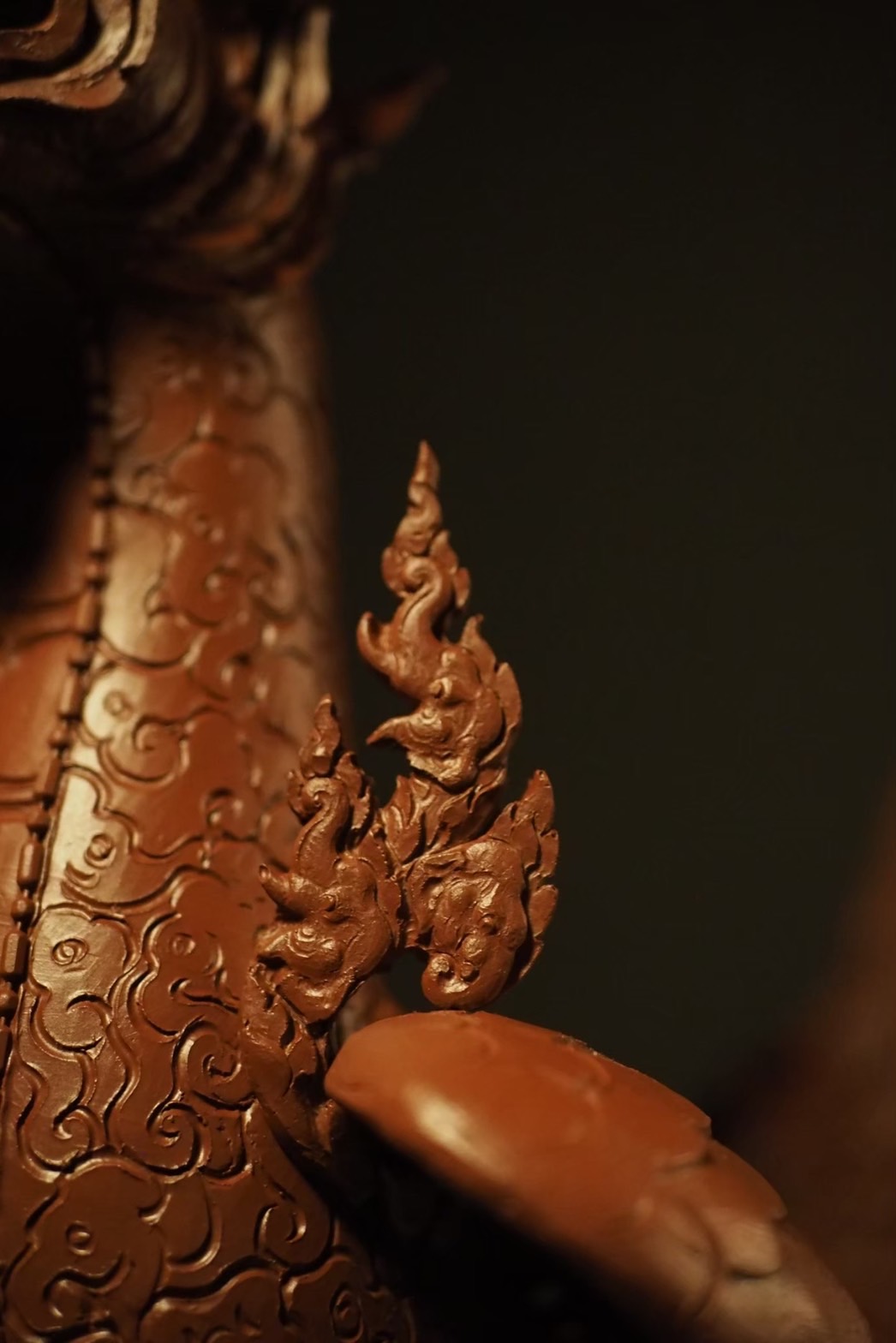 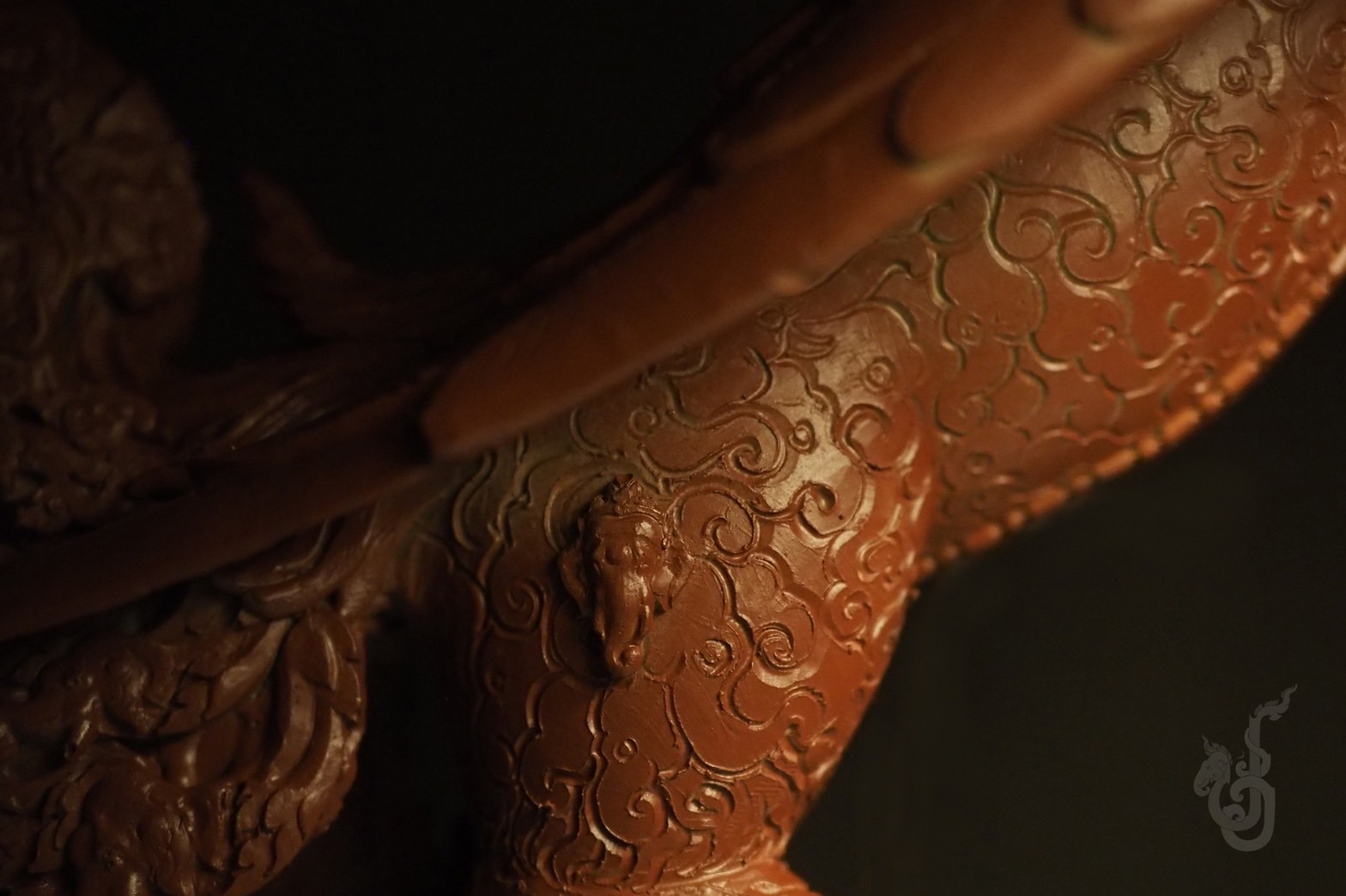 Fertility in Fertility I Prasit Akkharawatthanasiri

Fertility in Fertility, the ideal figure of fruitfulness and flawless. Inspired by the traditionally plentiful concept of watery fullness, the artist combined a legendary animal of the Himavanta “Nak Puksin” with another watery abundant representative character “elephant”. So this splendid sculpture stands for the fertility from an inside out which would be the state anybody wishes for life.

Prasit Akkharawatthanasiri, a Thai traditionally conservative styled sculptor. Apart from his professional art career, he’s a university professor teaching his expertise to further create not only special splendid artworks but younger generation artists. Who will establish Thai conventional virtue in this contemporary art era. His mastery has been widely appreciated both from collectors and government organization. His notable works are presented across significant places as well as projects in Thailand. It proves that Prasit Akkharawatthanasiri and his magical artistry are more than marvelous.

The word ‘Fertility’ from this art sculpture’s name means watery fullness according to a traditional perspective. This concept is originally from Indian civilization and had spread to South eastern Asia, or especially to Thailand, since the proto-historical period. Different from modern day’s abundance, ancient people valued plentiful of water because it was the most essential to any civilized city and smaller town. Because water’s fertility could make huge impact to the city’s stability which means even metropolitan could collapse once water accessibility is impossible. That’s why there were wars fighting over watery lands. Back to those time that water can only be expected from natural resources like rivers, canals, and ponds or from seasonal cycle and monsoon that causing rain so apart from inventing technology about catchment, people turns head to belief preying to their gods. The act based on religious practice are vary in different form and one of them is art creating. People expresses their belief through art forms and no matter how much the style would be improved, the very core concept still stay strongly.

As per religion, water related deities are one of the most significant figure. Which in the legendary, there are creatures like Naga, Elephant, and etc that serve as a water symbolic as well. Even the power of those mentioned creatures are incomparable to of gods, people still worship them widely. That’s why their figure has been created continually throughout human historical times covering across a large part of area especially within Asia.

The Idealistic from a conventional legendary

‘Fertility in Fertility’, being created to maximize watery abundance to the fullest, is a figurative art sculpture that represent auspicious wishes in a conventional style. Wishing best wishes, the artist presented this auspicious creature “Nak Puksin” in the way that enhancing the concept even further. Nak Puksin is a combined animal that lives in himavata forest, the forest in the heaven. Its body is of Hongsa, a beautiful bird, that their wings are presented while the head and tail are of Naga. This creature is not straightly a symbol of fertile water from it is only half of Naga. Anyway, the Naga part still parallel with the concept. The artist wanted to go out of a structural tradition for a bit so he suggested this creature instead of a familiar Naga. He emphasized the meaning to the maximum by detail on another symbol of watery fullness “elephant”. Elephant has been widely worshiped as a water fertile symbol since an ancient India. Even not an aquatic animals, their behavior and love of water may making them to be so. Which all being said, This art creation had created truly ‘Fertility in Fertility’. Get to Know The Artist

‘Prasit Akkharawatthanasiri’ is Thai sculptor who masters in Thai traditional conservative art style. He has passioned this certain art medium from it gives a dimensional aspect, especially when it comes to a sculpture in the round. “An ability to observe in a round is what painting and other 2D works could not provide which on the other hand, sculpture does. That how fascinated this particular type of artwork is, I say. Moreover, able to see sculpture from various angle could gives observer different setting as well as sensation and I’m sure that it’d be harder to get tired of”, said Akkharawatthanasiri. The artist truly admires sculpture work and appreciate its whole creating process from sketching the idea on paper, moulding, and choosing material for casting. The last process though is what he praise as another fascination of this certain artwork. Sculpture is not only about its expert yet outstanding design or philosophical meaningful concept but the right material to perform an emotional expressing. Which any sculptor must know both what’s a proper and how to master using that material. So this requires an understanding of pros and cons of each substances for example if the work is aimed for detailing showcase, copper should be first-hand in consideration as it’s best for enhancing the look of components moreover, copper’s value could further elaborate the worth as well as merit to the overall sculpture.

As per his prolonged impression, he selected to major in this field since his high vocational’s degree and continually further mastering it in a bachelor’s degree. Now he’s a university professor, apart from his professional art career, teaching Thai Sculpture program at Pohchang Academy of Arts, Rajamangala University of Technology Rattanakosin, Bangkok. Which is an institution he received his high vocational certificate from. “I graduated here and during that time I had learned a lot shaping to be my current profession. Now I have an opportunity to further Thai traditional style to be presented in a contemporary art by handing over skills as well as knowledges to those expecting future artists, it’s an honor to me”, said the artist.