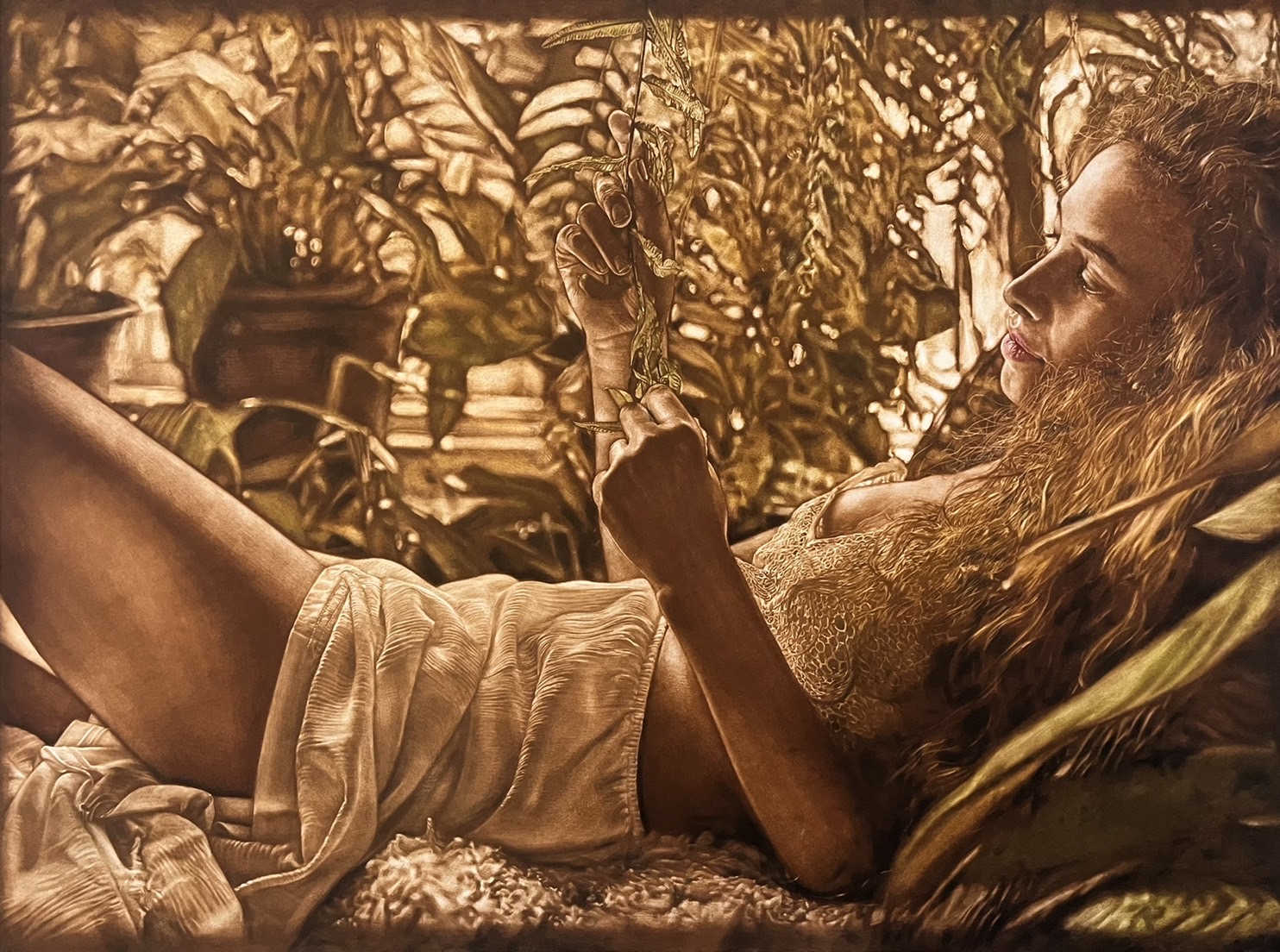 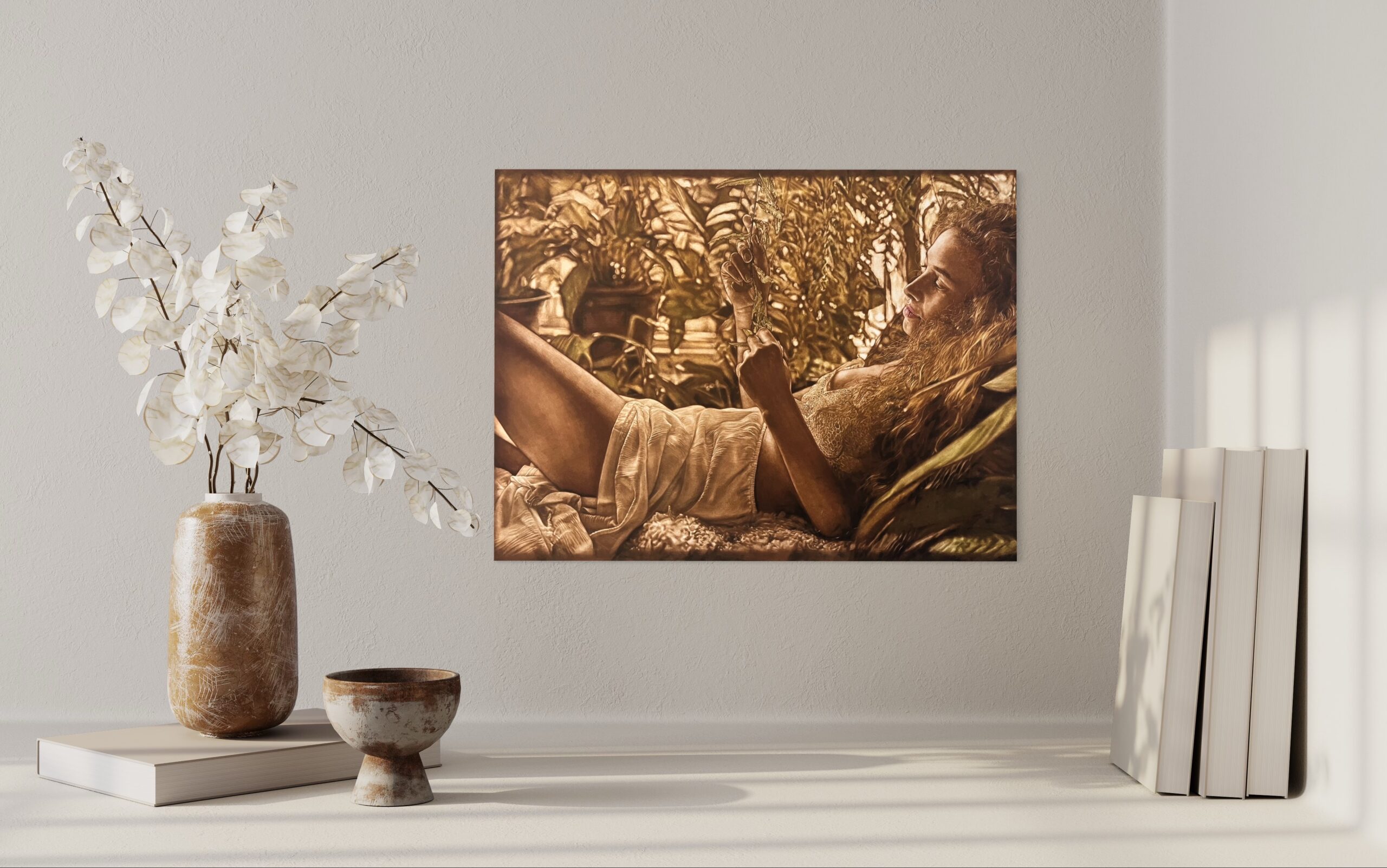 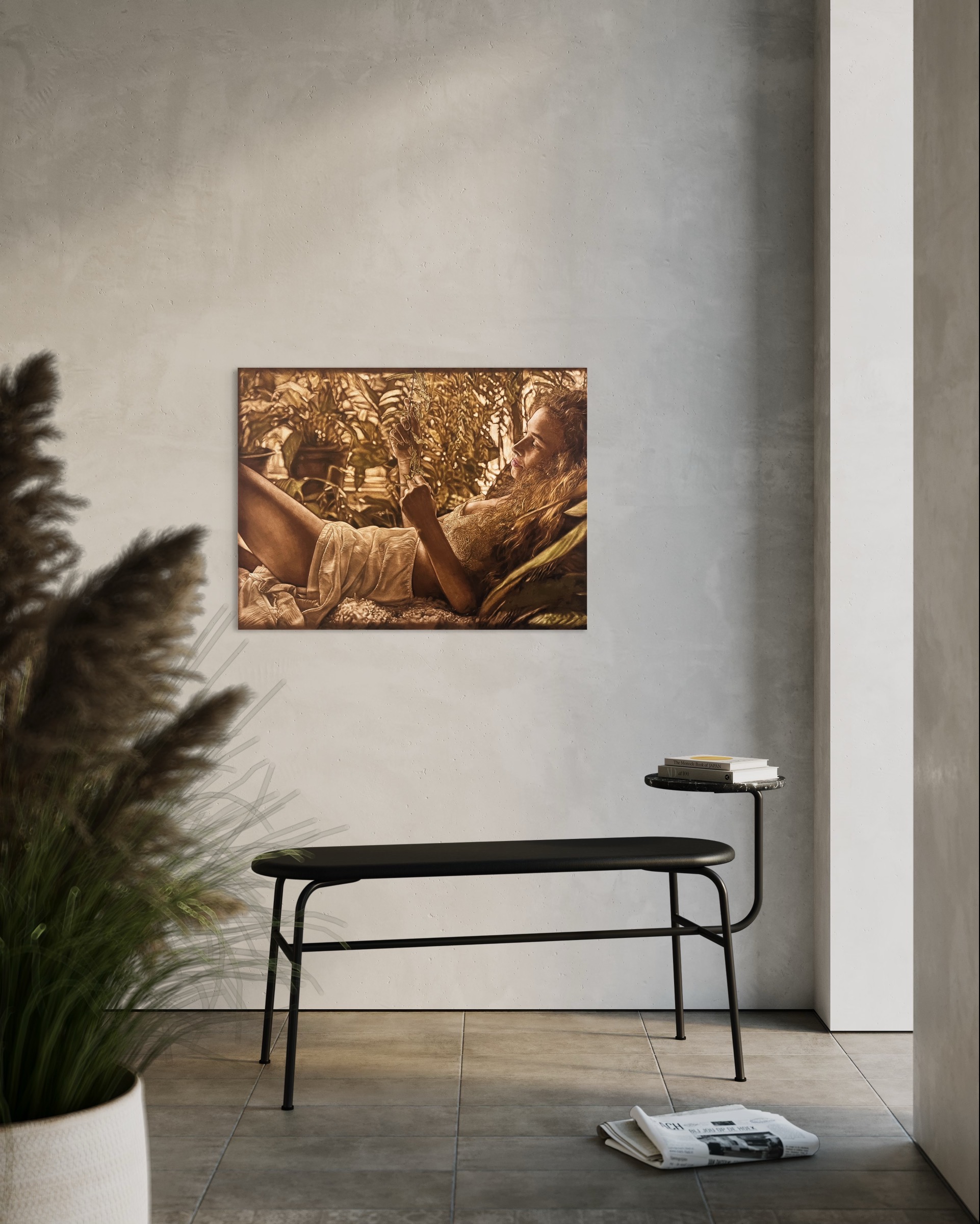 Falling in love, presenting certain person that made the artist has once again felt the phrase mentioned, Anastasia. The beautiful model had given back Kraisak inspiration that he could further producing artwork. She’s a charm, joy, and lively. Her outer and inner has been what the artist passionated capturing and brought forth to soothe the world. “All I want is to keep creating artwork of Anastasia, she has made me feel the eager the way I used to feel since my very first day”, stated the artist.

Kraisak Chirachaisakul graduated his bachelor of art from Silpakorn university. He did not really pursue to be a professional artist but started his career working with art-based jobs from producing catalogue for makeup company to being a visualiser in an advertising company. Then he started his own business about model and art toy selling. At the same time, he kept producing artworks both paintings and printmaking all along. However, his inside artistic soul would still being strong and together with the political turbulence in 2010, he had turned his direction to be an artist. His artworks vary from well known person’s portraits, historical and significant setting, beauty’s expressing which based on his recent inspiration; Anastasia, and philosophical narrative. Uniqueness may not represented as an art style due to the artist seeks not to invent certain new thing. But the technique shown within each artwork will definitely scream Kraisak’s name in just a glance and  fully deliver every sensation that one’s nerve could ever receive.

Kraisak is a fully artist as he’s being professional in artwork creating for more than certain technique. Not only that he paints but his printmaking also vary from drypoint, mono print and mezzotint. For mezzotint, he prefers using this specific technique if the work requires depth, weight, as well as shade and light. Moreover, his mezzotint printmaking is outstanding amongst others with the same technique from showcasing human figures or portrait. Which from his experience and observations, not many Thai artists are personally using the mezzotint technique to produce portraits. “After the death of his majesty the King Rama IX, I still try to keep his presence alive with my artwork. Around 2–3 of my pieces are about his majesty, but they weren’t technically up to my standards so I eventually stopped,” He recounts. After this obstacle, he took a long break from art to take a step back and refresh his mind – not in a hurry to find further inspiration.

Previously, His works were mainly portraits of renowned people, both historical and contemporary, especially King Rama the IX, Queen Sirikit, and Thai royal family. Each person on each art frame related to specific circumstances which Kraisak, even as an artist, prefers to respect that. Meaning, his creations aimed not to writing whole new fantasy or proposing other interpretation but to capture the memorable figure in each memorable moment on the paper using dedicative technique. Which focusing on the technical aspects of the art allowed him to be more professionally trained. Moreover, it has taught him patience and perseverance. Then his turning point had came another time as he struggled to find passion for his work and was confused as to what he wanted to do according to King Rama the IX’s passed away. Until 2018, he met Anastasia for the first time, he refers to it as “love at first sight”.  The artworks based on Anastasia were from different perspectives, using a variety of methods and techniques. “All I was interested in was drawing her because seeing her brought out countless interpretations”, stated the artist.

2017 REMEMBRANCE OF THE KING at the Kalwit Studio & Gallery Bkk, Thailand

2017 REMEMBRANCE OF THE KING by Kraisak at Emporium Gallery