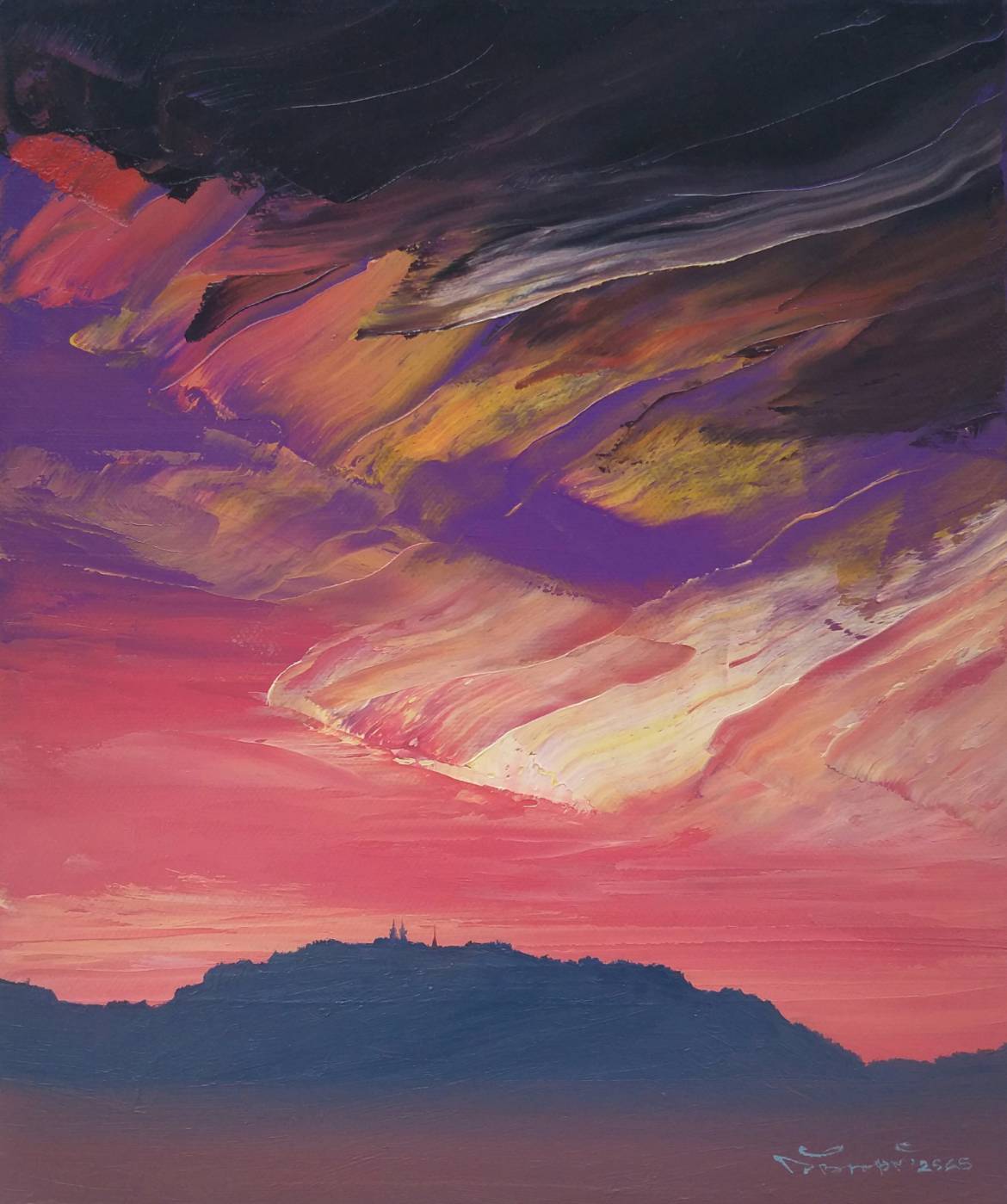 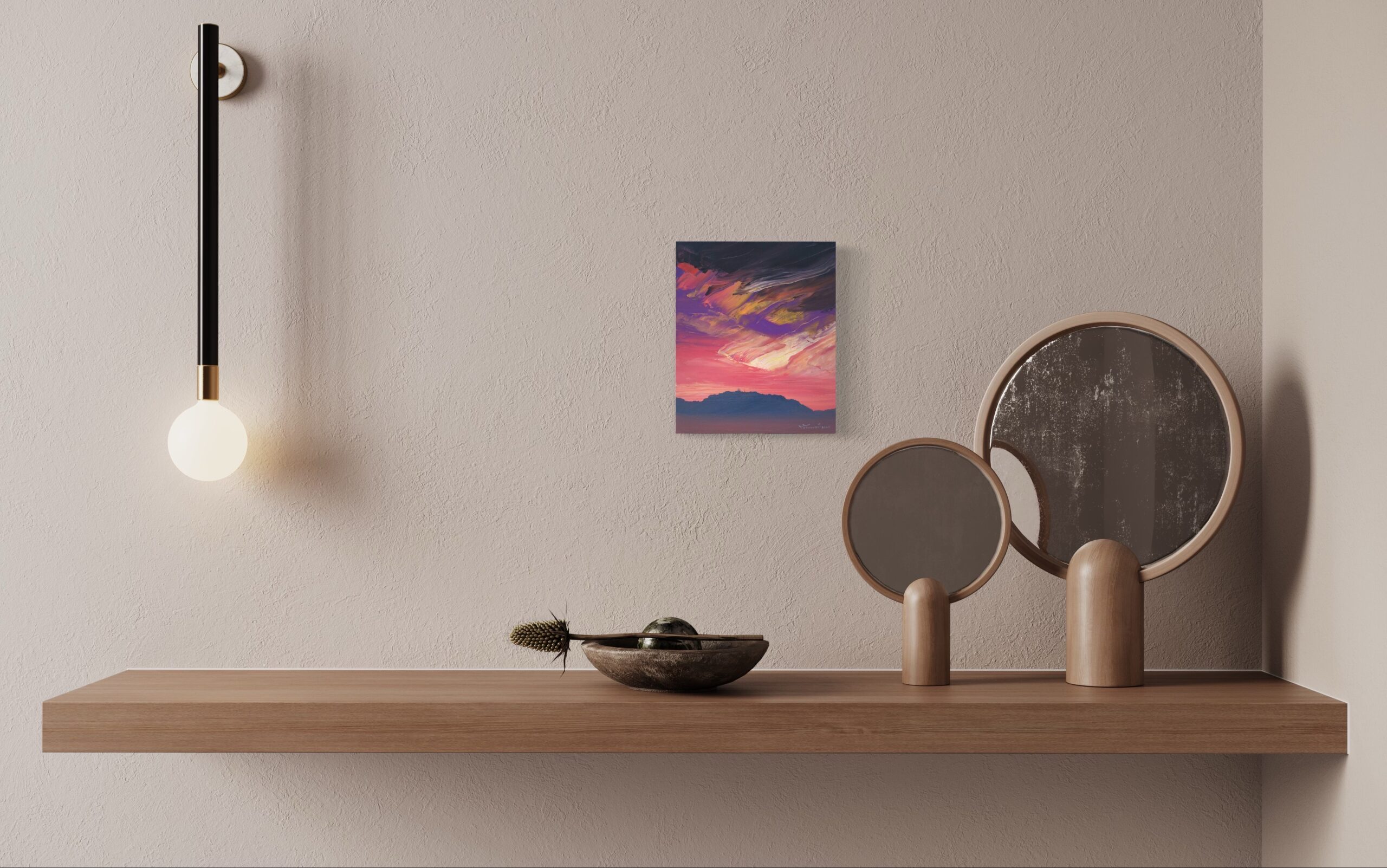 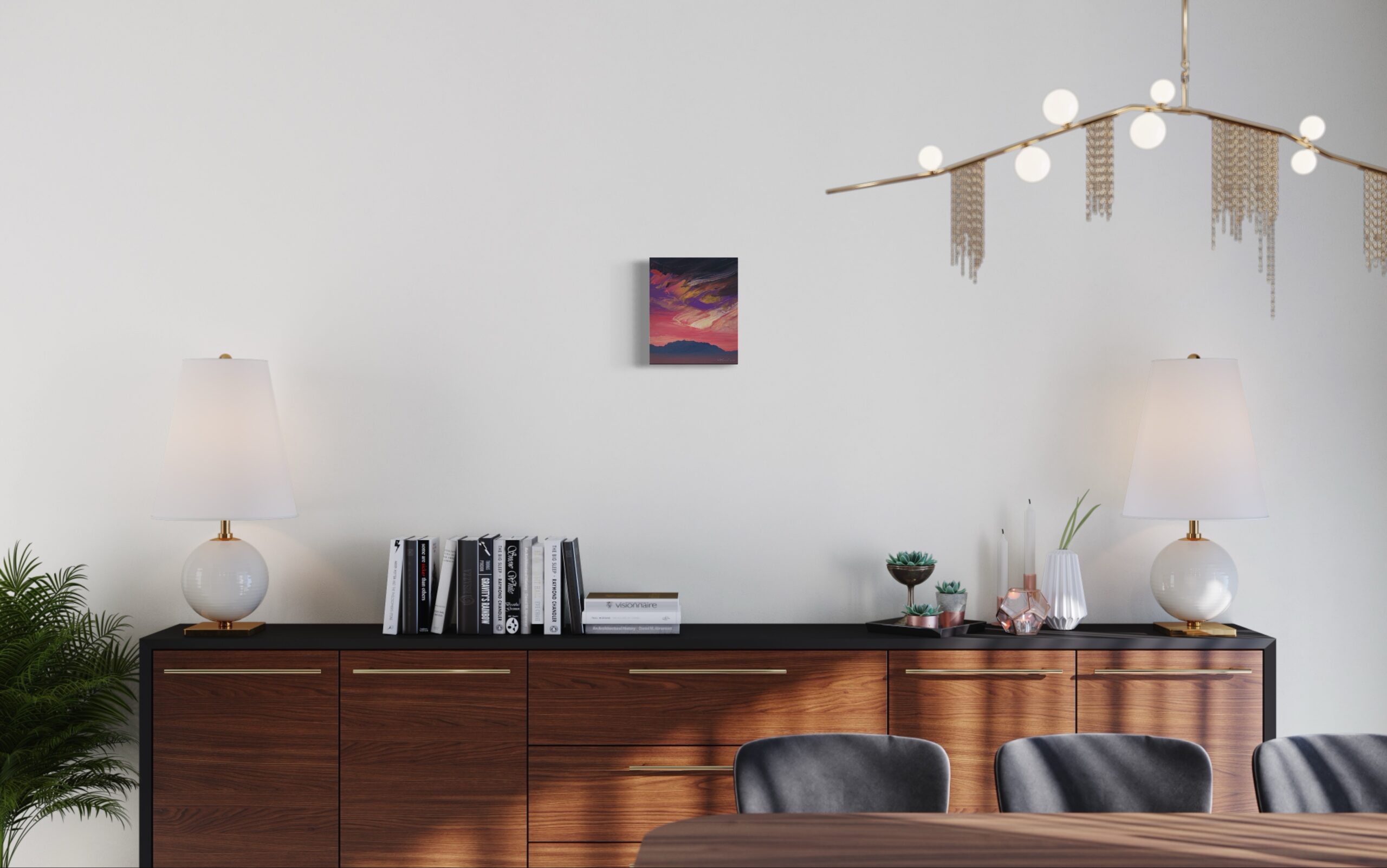 ‘Wattanapong Yothaitiang’ has lived in Chiang Mai, the city that he describe as a perfect blend between fertile nature and cultural richness. He is originally from Maha Sarakham province, Northeastern Thailand. He received his Bachelor’s degree majoring in visual art from Faculty of Fine Arts and Architecture, Rajamangala University of Technology Lanna.

Consisting of five art works, the “Color of the Wind” series is aiming to transfer certain mood and tone that each beautiful sky could gives. This third piece of the series is of multicolored wind intensely twisting above a deep sunset coral sky. The transitioning from the calmer part into what becoming the name of this series, “Color of the wind”. ‘Wattanapong Yothaitiang’ was born and, in his first 10 years, raised in Maha Sarakham province, Northeastern Thailand. Then his family moved to Phayao province. His passion toward art is within him since a very young age. And with school teacher’s suggestion, he enrolled to Faculty of Fine Arts and Architecture in Vocational Certificate and Bachelor’s degree majoring in visual art at Rajamangala University of Technology Lanna. “By the time I was in High Vocational Certificate, I did sold my art work for the first time to collector who went to my faculty following my professor’s suggestion” explained the artist. He received handful of pay as a student back to those year. His art works were sold continually and that’s how he saw “Artist” as potential career. Moreover, he received an opportunity from The Gerard Collection, Muang Chiang Mai according to his professor introduction that he could arranged an exhibition and make sale in the gallery space. The owner of the gallery was also impressed by the artist’s work and bought plenty of them. “How amazing that being able to do what I’ve passioned about and still make a living”, added the artist. Wattanapong has chosen oil on canvas as a technique to delivers his impression toward each breathtaking scenarios, especially what’s going on above the sky. “Looking up to the only sky, there’s an endlessly stories to be discovered: circulation of season, astronomy’s phenomenons, or even a shifting between day and night.”, said the artist. He captured both the scene and his own feeling to be interpret through art work. Moreover, he saw art working as a journaling of a life time’s memories. “It’s like collecting sensation and impression of circumstances then story telling with the right medium, recreating what would remind you of what you had seen or experienced”, added Wattanapong.

Color of the Wind : The first of the series

“Color of the wind” is a painting series consisting of five decorative petite size art works. In this series, the artist chose each different color combination for certain timing of the sky. The idea behind this is simple but touching as it’s about the beauty out of the sky’s variation created by continuously wind blowing. Which depends on one’s imagination about what they would think of according to those setting. For the artist, sometime the feelings bursting while an observation would reflect his inner thought at that moment.

This third piece of the series is of multicolored wind intensely twisting above a deep sunset coral sky. The hill top with structural Buddhist architectures locating on was presented as the artist’s signature. Above the still looking landscape, the calmer sky transitioning into what becoming the name of this series, “Color of the wind”.