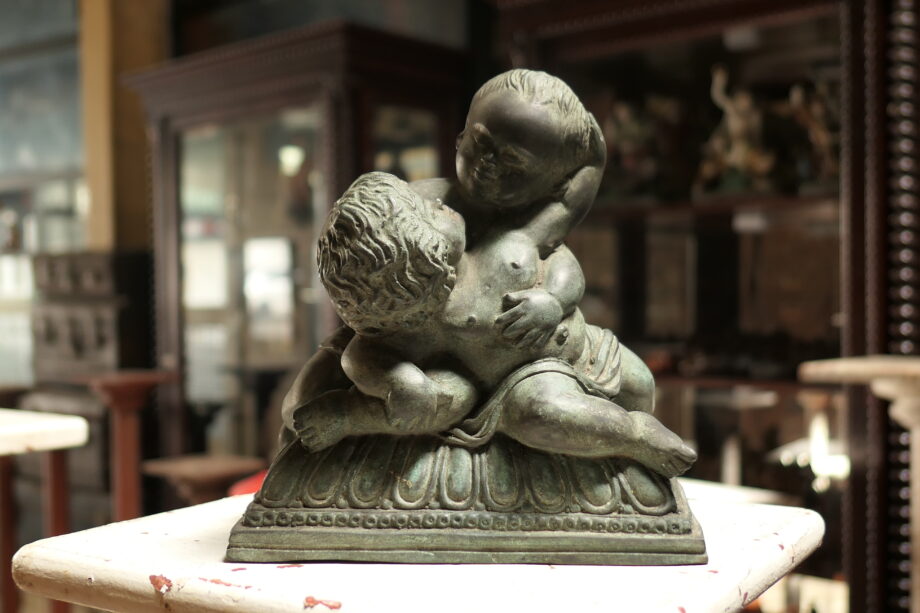 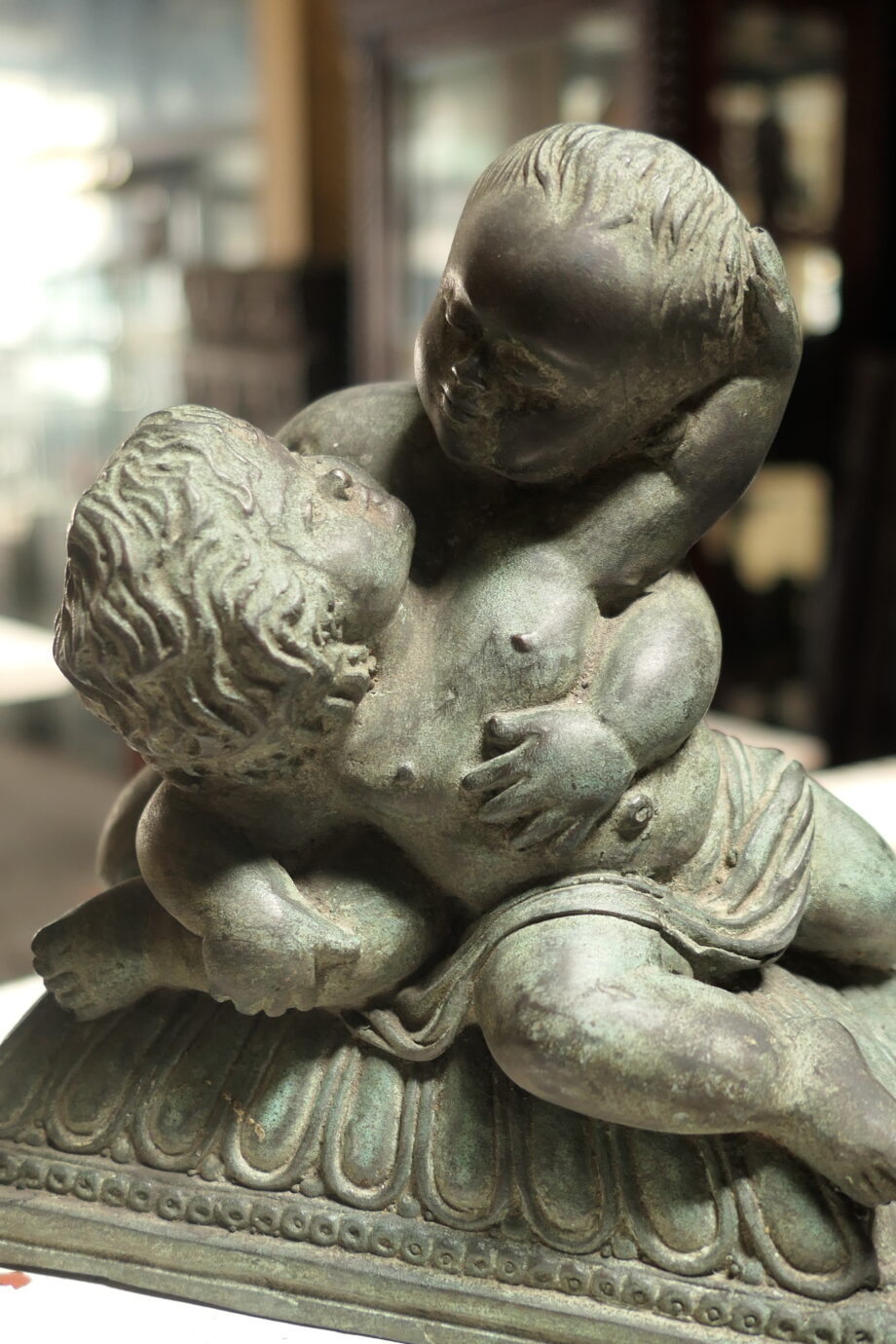 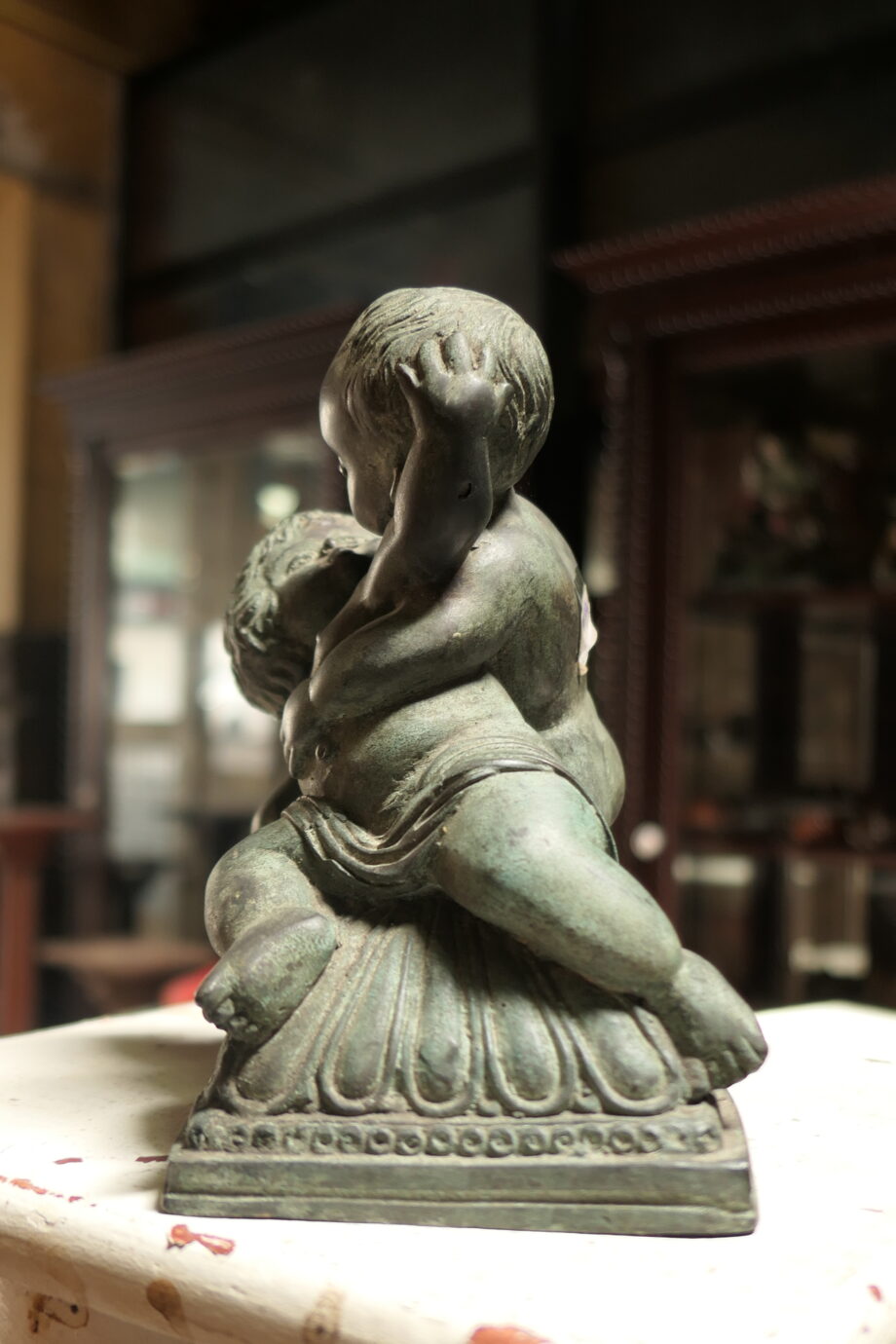 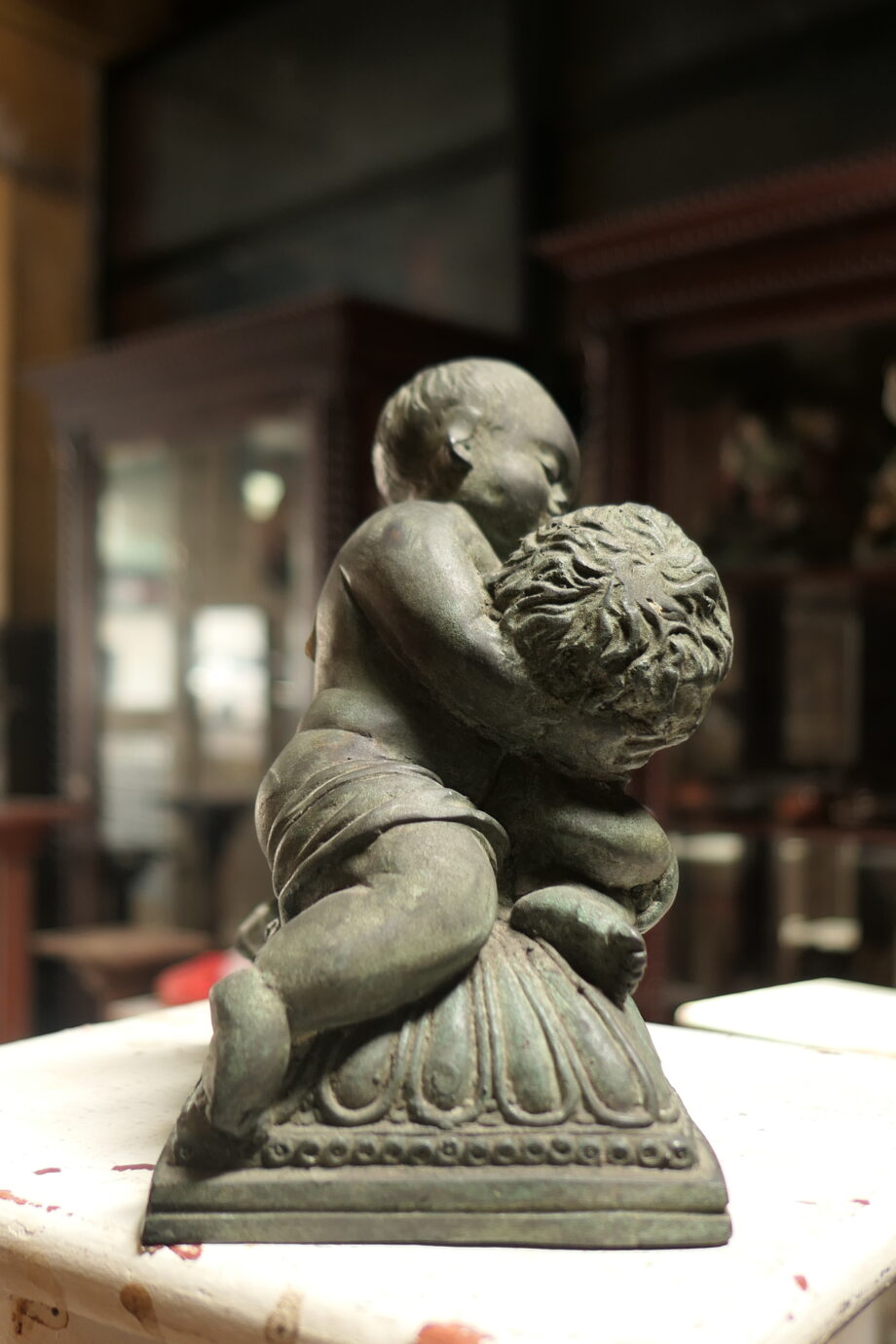 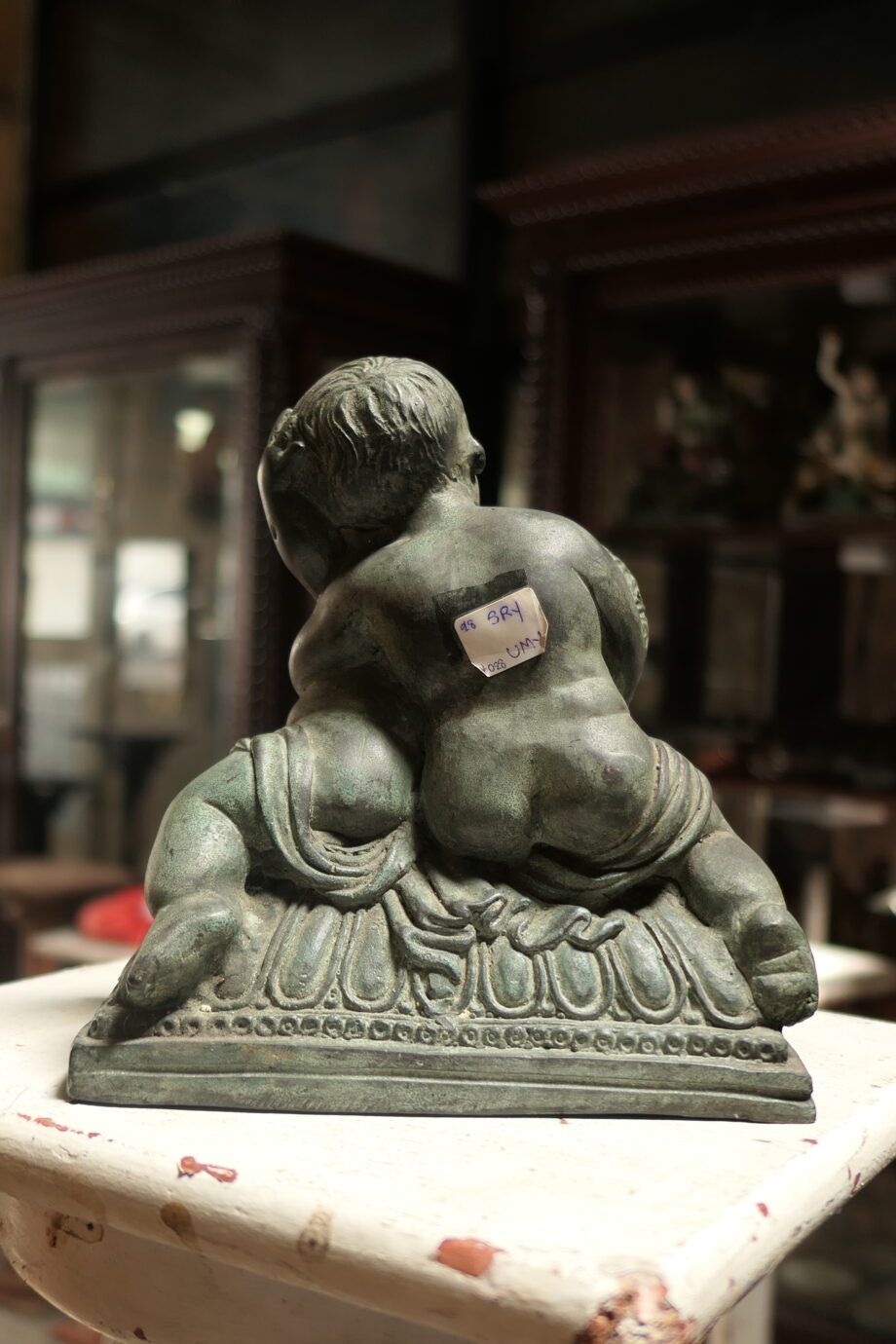 This antique Cupid and Psyche statue in silver brass is delightful in detail and has a patina that corresponds to age and use. Moreover, it represents your love and amour of your life and house. It’s also a great fit for Minimalistic Modern living rooms!

From century to century, Greek Mythology ‘Cupid and Psyche’ has been a fantastic love story throughout the centuries. Their passionate amour will give you a romantic sensation as you walk around this beautiful statue of love.

Size : 18 x 10 x 18.5 cm
Weight : approx 5 kg
Material : Brass
Condition : This vintage item has no defects, but it may show the imperfections that correlate with age and use.

In classical mythology, Cupid is the god of desire and love. Adapted by the Romans from the Greek god, Eros, Cupid is known for his ability to make individuals—both divine and mortal—fall in love (or flee in disgust) with his enchanted arrows.

Eros is most commonly referred to be the child of Venus (Aphrodite in Roman mythology), however his ancestry changes according to story. Additionally, in both Greek and Roman stories, he is married to Psyche, a beautiful human-turned-goddess. Both of these figures are often included in artistic depictions of the god, which have been produced by artists for millennia.

Story of Cupid and Psyche

Cupid’s mother, Venus (Aphrodite), became so jealous of the beautiful mortal Psyche that she told her son to induce Psyche to fall in love with a monster. Instead, Cupid became so enamored with Psyche that he married her—with the condition that she could never see his face. Eventually, Psyche’s curiosity got the better of her and she stole a glance, causing Cupid to flee in anger. After roaming the known world in search of her lover, Psyche was eventually reunited with Cupid and granted the gift of immortality. The History of Cupid in Art: How the God of Love Has Inspired Artists for Centuries

Several important art movements have featured this fascination with Cupid. When explored chronologically, they offer a way to trace the figure’s evolution, beginning, of course, with Eros.

Eros or Cupid first appeared in ancient Greek art, like this red-figure bobbin from around 450 BC. In such depictions, Eros is portrayed as a slim adolescent with a large set of wings. Aside from these familiar features, he does not have any other attributes we have come to associate with Cupid, including his signature bow and arrow.

During the Hellenistic Period—an era renowned for its marble sculptures —Eros took on a more youthful appearance, marked by a fuller face and a chubbier physique. During the Middle Ages, Eros became widely known as Cupid. Though he continued to appear as a winged child, he was often rendered with the proportions and features of an adult—an approach that is apparent in many Medieval depictions of babies and children

With his tiny wings, heart-tipped arrow, and angel-like appearance, Cupid is an iconic and instantly recognizable figure in popular culture. While, today, the cherubic character is typically seen adorning sentimental Valentine’s Day cards, romantic gifts, and festive decorations, his history transcends the holiday by thousands of years. Cupid has been shown in many characters and appearances depending on the artist’s imagination which has various styles. Yet still keep the main character which is the baby or adolescent-like or sometime with a small tiny wing and his lovely arrow beside him.