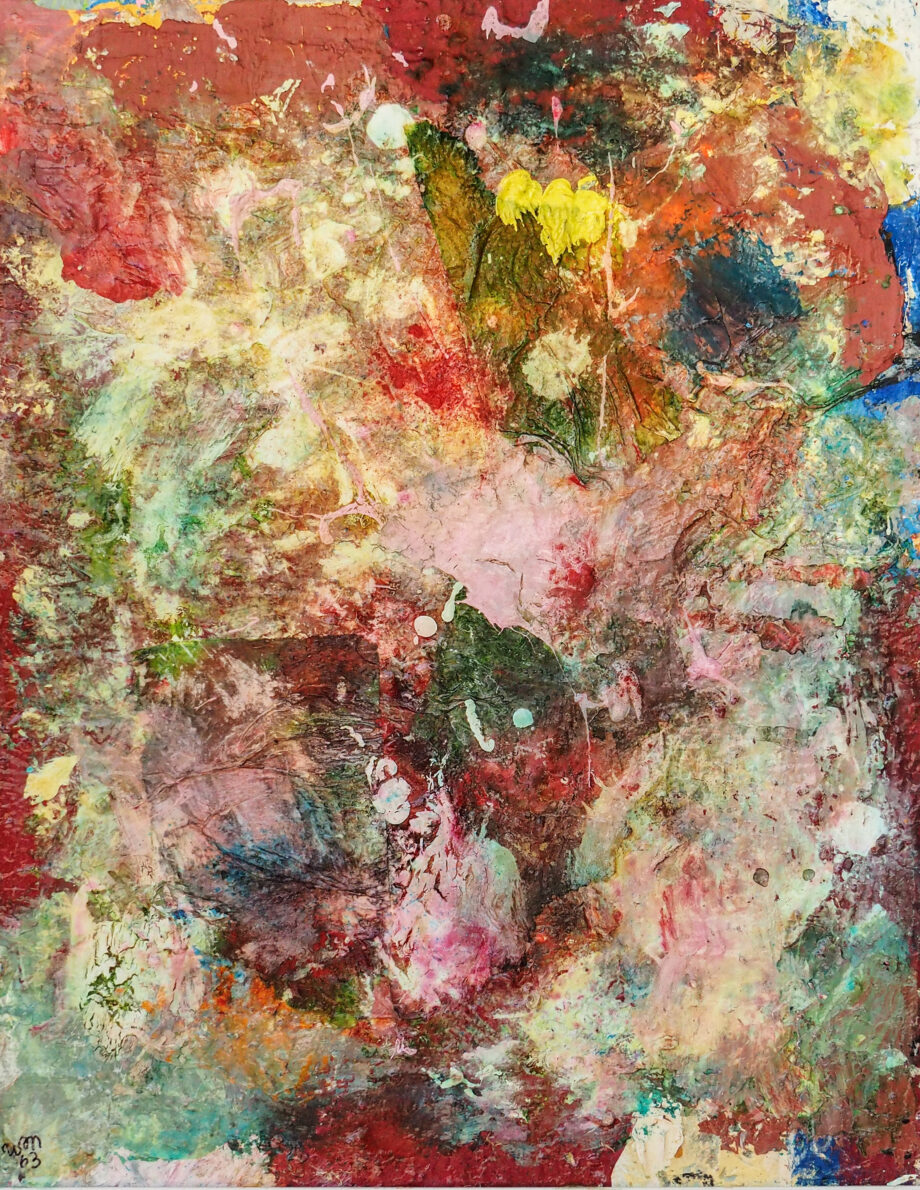 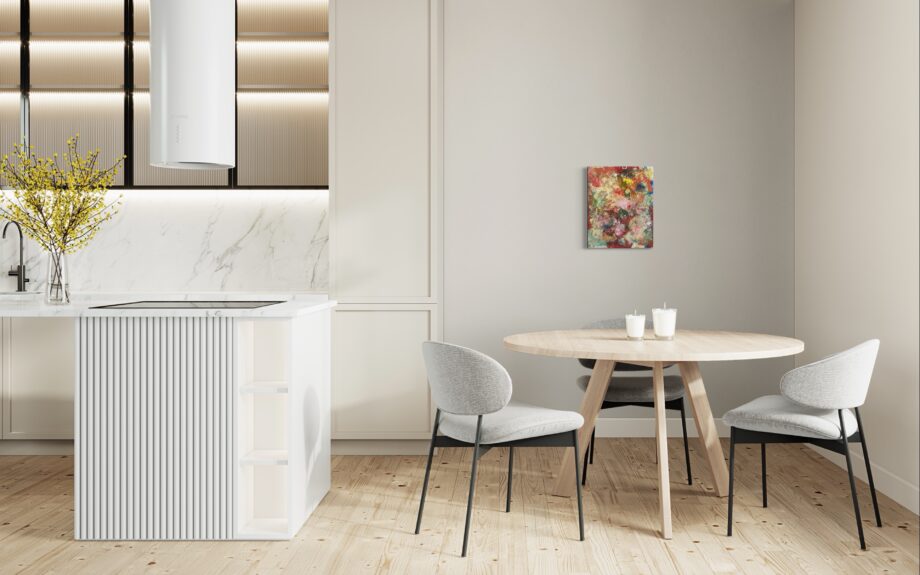 Blooming, an abstract painting in The Season series 2020 by Pawnthep Chitphong. The Covid-19 pandemic provided him with an opportunity to draw energy from nature and investigate his own being. This influenced his art, which he depicted with the natural mix of color that splashing over the canvas.

Blooming was created from Chitphong’s feeling about a blooming season that is filled with a mix of bringing shade colors like a flower begins to bloom. Coming out of the darkness and the cold of winter, this piece evokes hope and excitement for things to come. Everything begins to grow and awaken towards the direction of the sun. This painting is an exceptional piece for any environment. It can easily spark out your place!

At the age of 18, he began to draw again whilst living with his relatives, who supported him to study photography in Bangkok. Chitphong’s first collection, entitled “Time”, was exhibited in 1999 at Comme’ Restaurant. In 2002, he turned his attention to abstract and figurative arts.

Blooming is part of The Season Series 2020, which was inspired by nature and Chitphong’s inner self. He has been filed with energy from the nature during the pandemic situation. Since the Covid-19 pandemic has started, Chitphong had experienced with anxiety and fear during the home isolation. But this time allowed him to explore his inner self and the surroundings around him. As a result, he received even more energy from it and being appreciated from them!

Sparkling hope with the Blooming

Blooming is inspired by the beauty of our nature that surrounded Chitphong. It was created from his feeling about a blooming season, when all over the earth and sky glowed, the colors of flowers and people are ecstatic in the scent and sparkling colors of flowers, grass and sunlight. The painting has been filled with a number of bright colors like a flower begin to bloom. Coming out of the darkness and the cold of winter, this piece evokes hope and excitement for things to come. Everything starts to bloom and awaken towards the sun. Life does not over end when we are in a bad situation. A great mix of bright shades evokes a sense of spring season. Along with the additional layers that spoke out for hope. This painting is an exceptional piece for any environment. It can easily spark out your place!