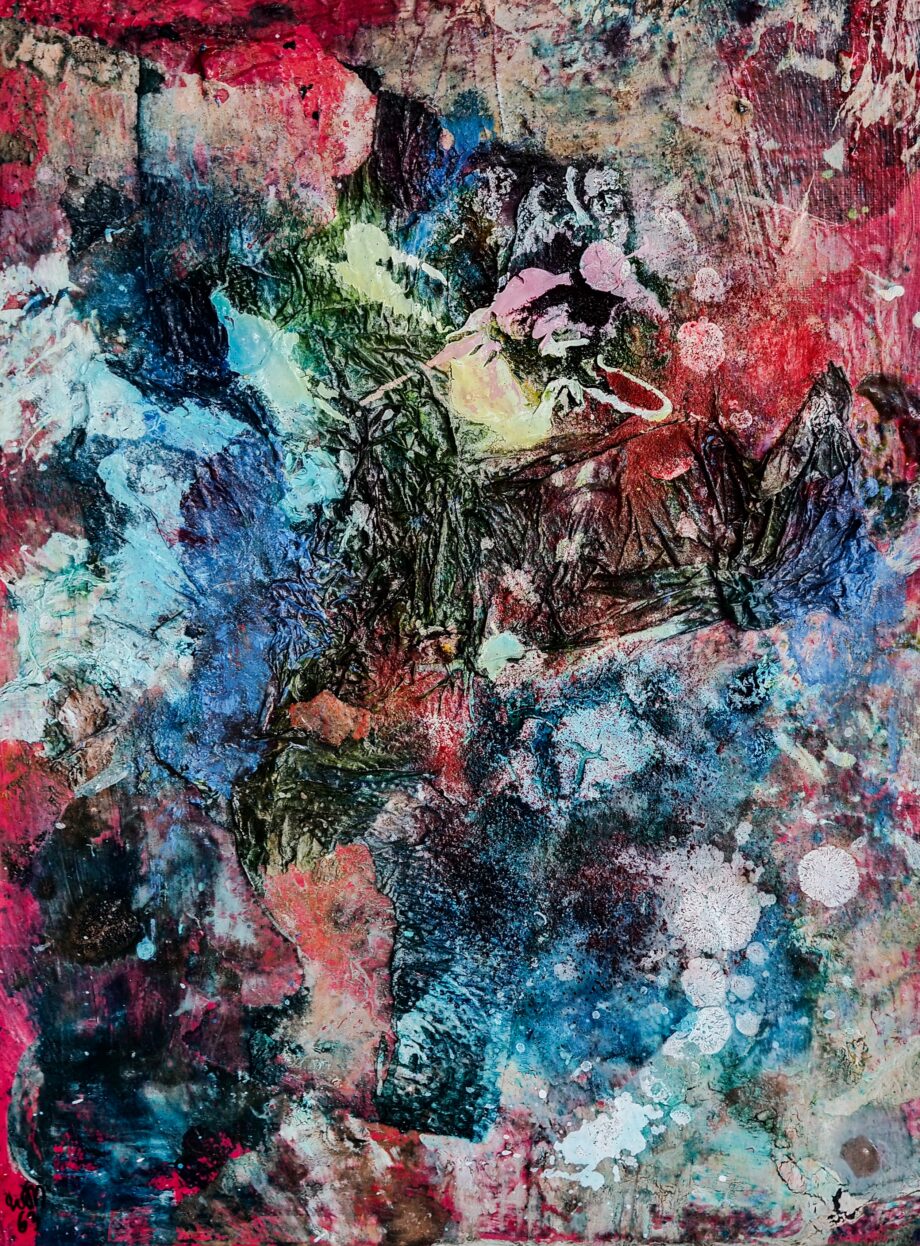 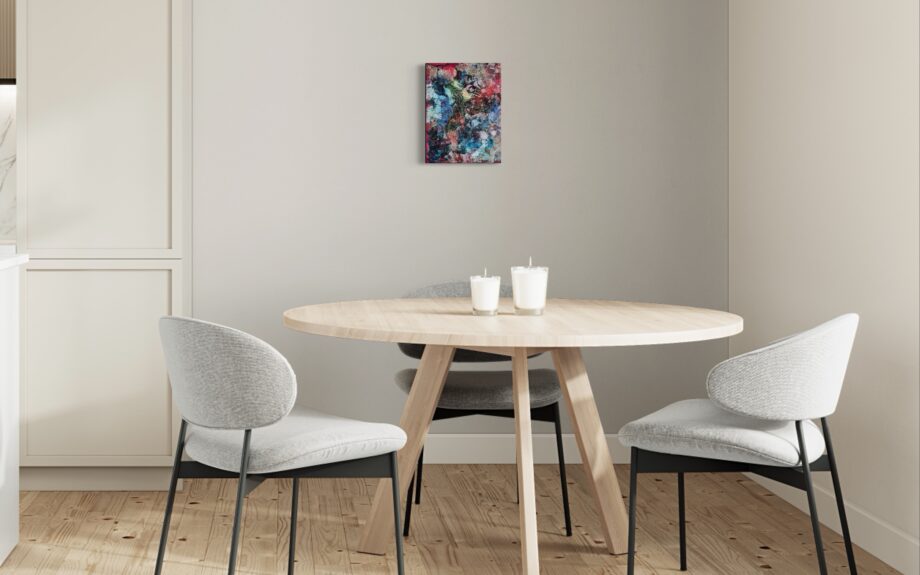 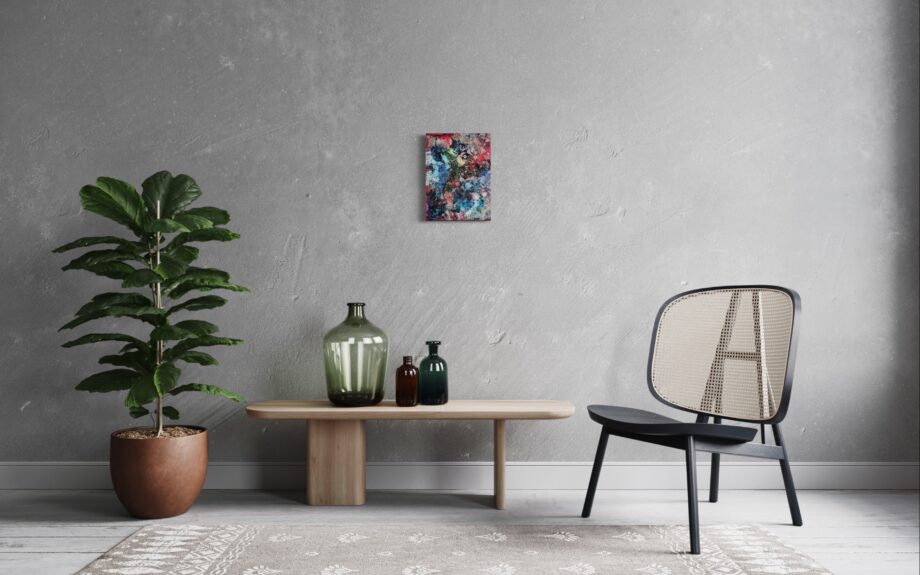 April Wind, an abstract painting in The Season series 2020 by Pawnthep Chitphong. The Covid-19 pandemic provided an opportunity for him to draw energy from nature and investigate his own being. This inspired him on this work, which he presented with the natural mix of color that splashing over the canvas.

This painting also demonstrates the power to transform an entire living space altogether. It will definitely bring some liveliness like a wind blowing in April!

At the age of 18, he began to draw again whilst living with his relatives, who supported him to study photography in Bangkok. Chitphong’s first collection, entitled “Time”, was exhibited in 1999 at Comme’ Restaurant. In 2002, he turned his attention to abstract and figurative arts.

April Wind is in The Season Series 2020 series which was inspired by nature and the inner self of Chitphong himself. He has been filed with energy from the nature during the pandemic situation. Since the Covid-19 pandemic has started, Chitphong had experienced with anxiety and fear during the home isolation. But this time allowed him to explore his inner self and the surroundings around him. As a result, he received even more energy from it and being appreciated from them!

The wind of April

April wind whispers over, during his work on this painting. The variety of colors have been naturally splashed across the canvas like a wind blow. Those colors mixing during the painting display his feeling about the beauty of nature. With the splash of the emotional speed of the brush making its texture looks exceptional. This painting has also shown the power to transform an entire living space altogether. It will definitely bring some liveliness like a wind blowing in April! 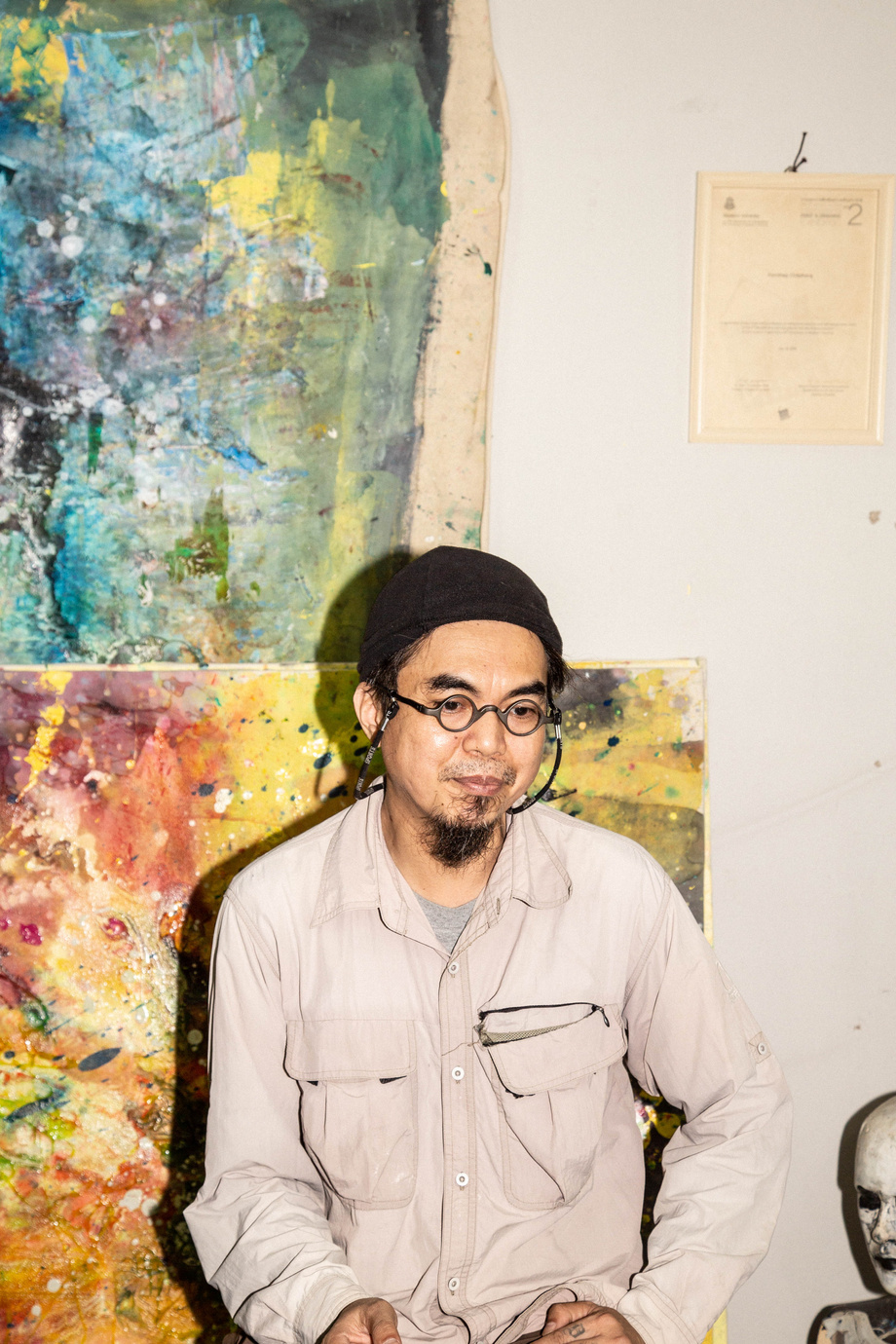