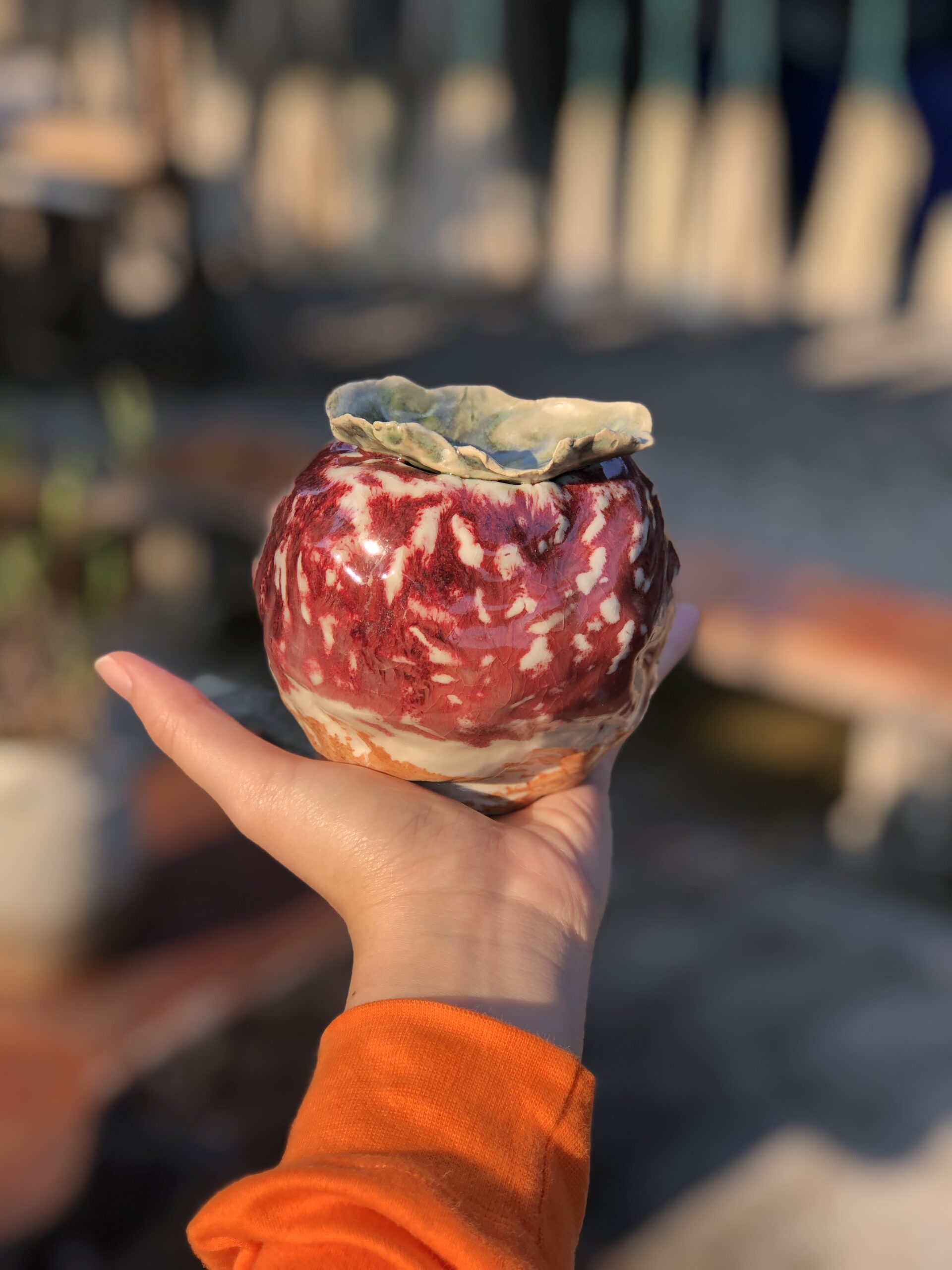 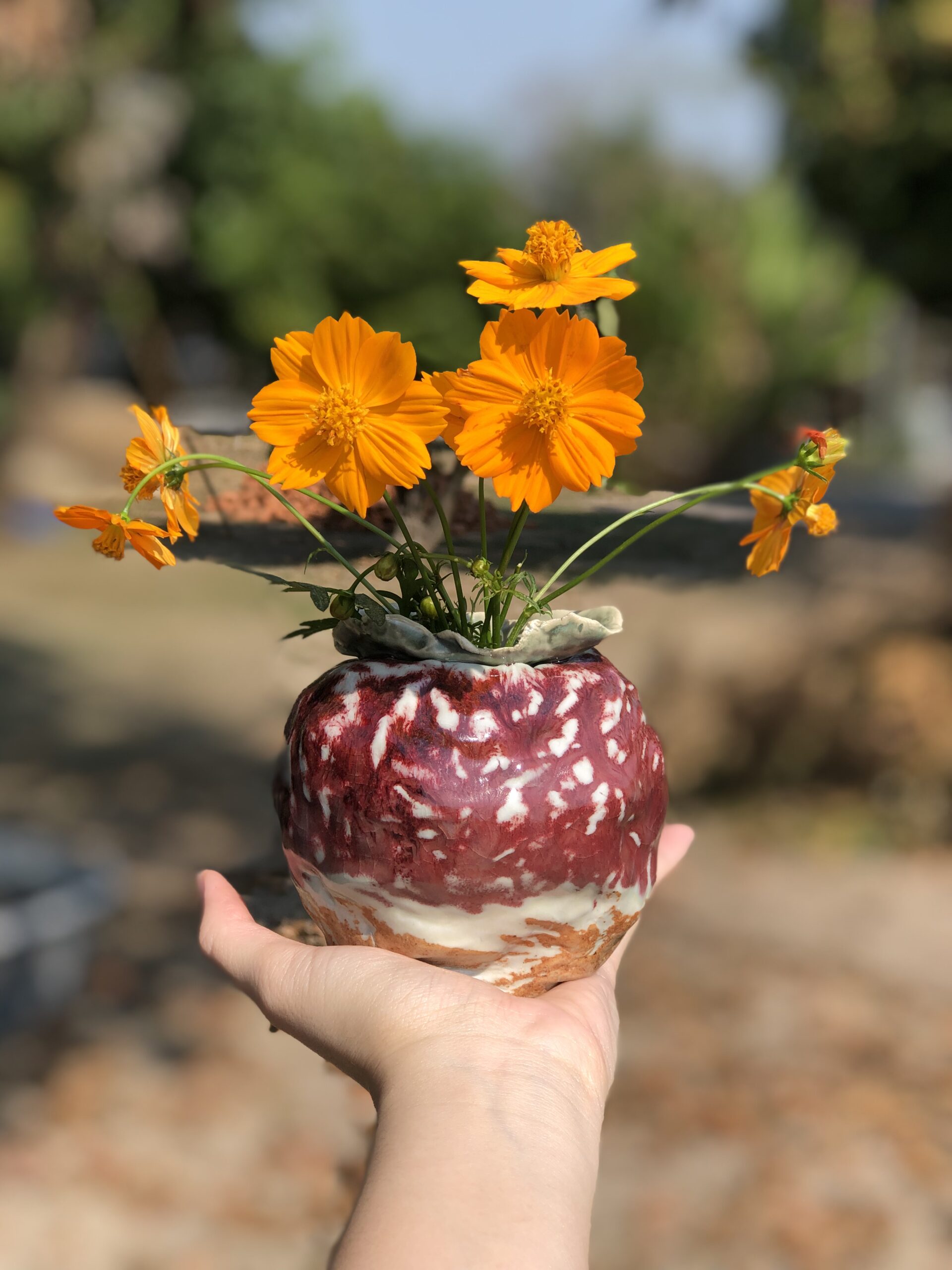 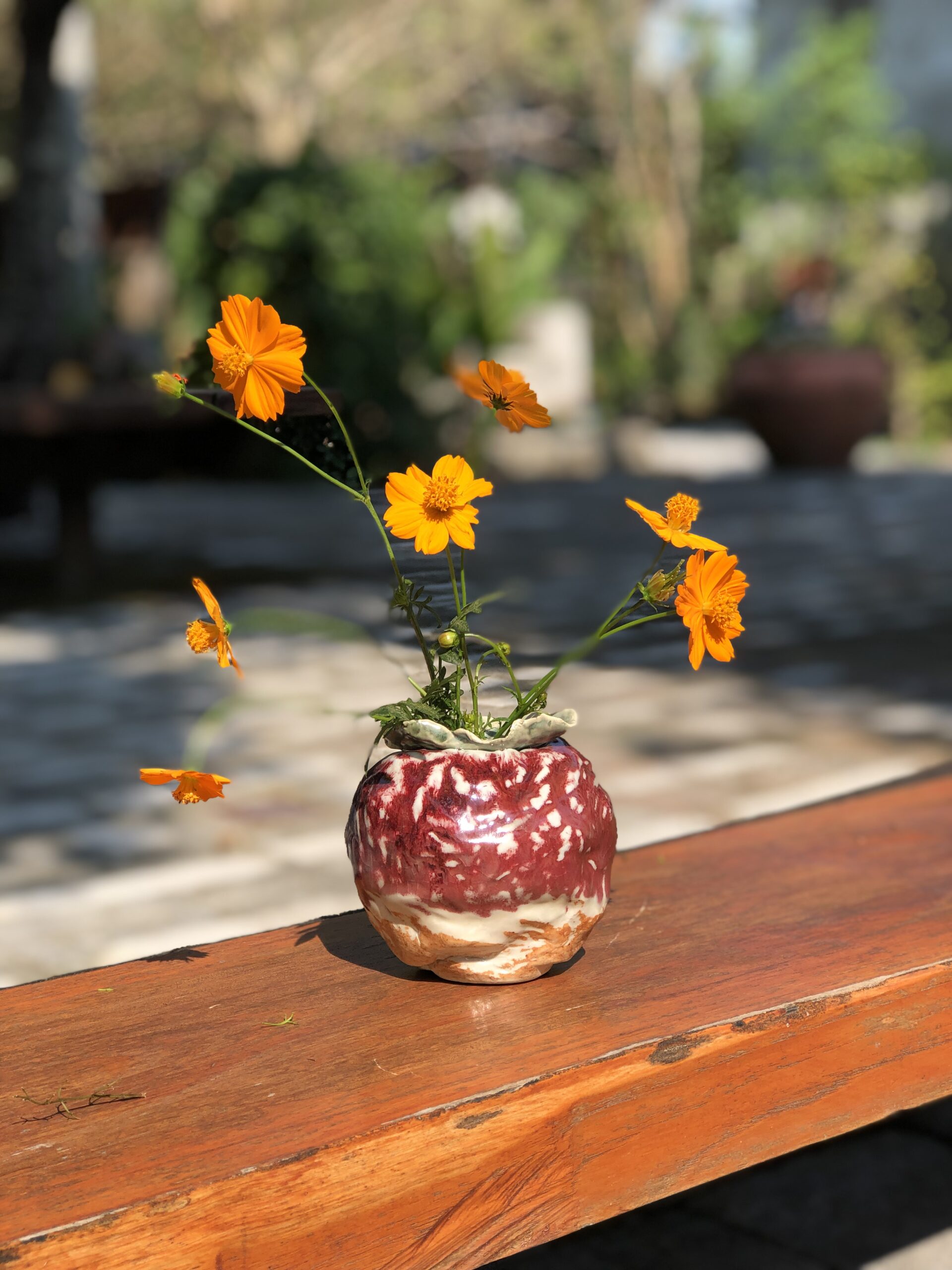 Apple vase, the resemblance to an apple both in shape and color had become its name, is a creative unique shaped vase from MoThana ceramic, or in specific created by Mothana Bunkhong. Building without a wheeler, this free formed pottery was a sculpture of a ceramic artist who has been passionated in her own work. Her father had discovered the good out of their on site clay many years ago and both of them had used this raw material as a base to create their products. The ceramic exterior was glazed by a homemade glazing which the specialty is its complicated, yet difficult process of reducing the copper-red oxide. The distinctive technique mentioned was long developed by her father to further pronouncing the beauty. So this art piece is special from the very core. The word Sangkhalok has different assumptions. Some say it comes from the word “Song Kolok” which means the hearth of the Song. Determination of the age of Sangkhalok from the evidence that Chinese wares and green wares of the Yuan dynasty were discovered in a ship that sank in the Gulf of Thailand named tram boat Age around the beginning of the 19th Buddhist century and a comparative study of Sangkhalok and Ming Dynasty Chinese pottery found in the Philippines. Sangkhalokware has been set to last between the 18th-19th Buddhist century. Sangkhalok production started during the Sukhothai period. but was promoted as an export product and expanded mass production during the Ayutthaya period The production of Sangkhalok utensils has declined since the 23rd Buddhist century

Giving flowers vase for the heart

“Vase” is a popular container for bringing flowers to be arranged and used to decorate different areas of the house. If we compare flowers as the heroine of this art piece. Arranging a flower vase is no different from a girlfriend who supports and encourages the flowers to stand out and be beautiful, suitable for women’s use and to decorating your place. Many people may be attached to giving flowers to express their feeling, they may never know giving a vase of flowers has a good meaning and can be used as an expression of feeling can be the same. The recipient was not less than satisfied than bouquet. There are many interesting advantages in the corner of the person receiving, what we get for sure is happiness, joy.