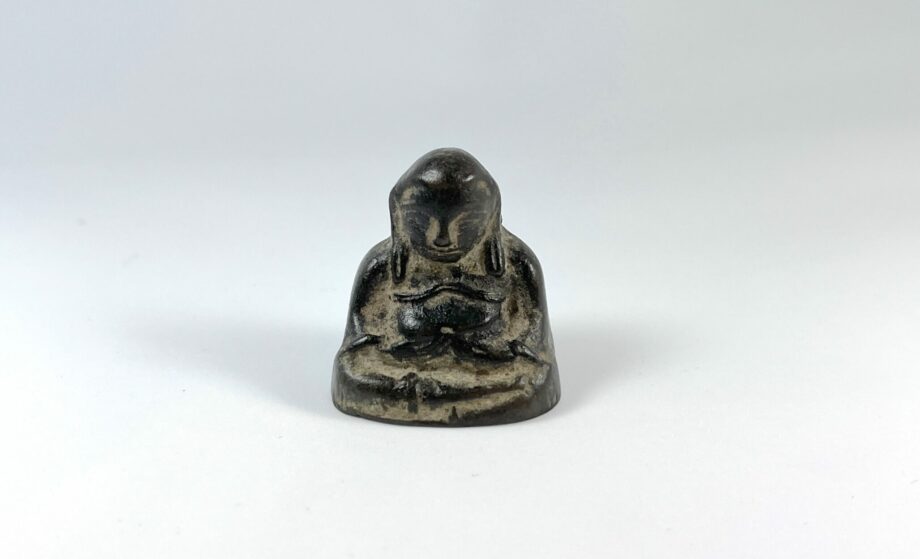 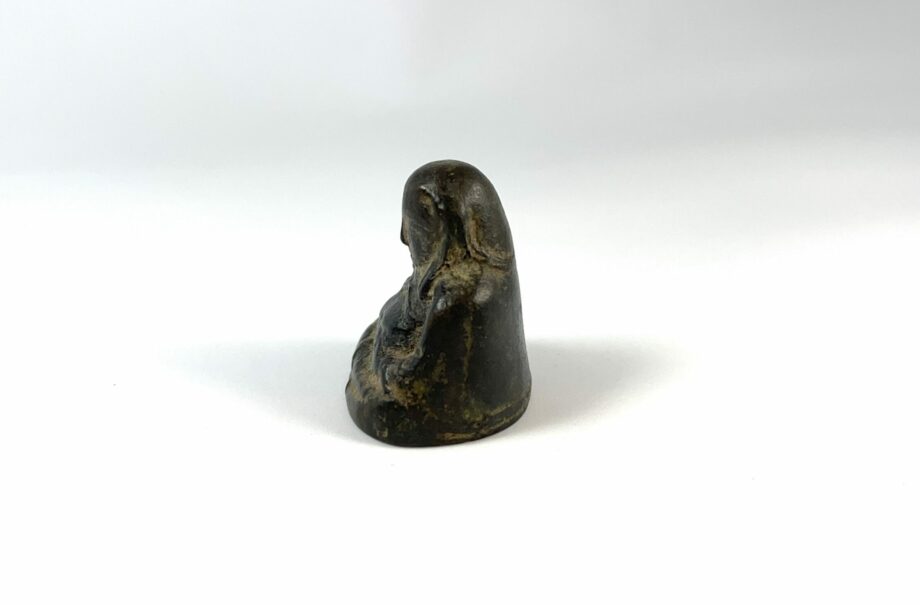 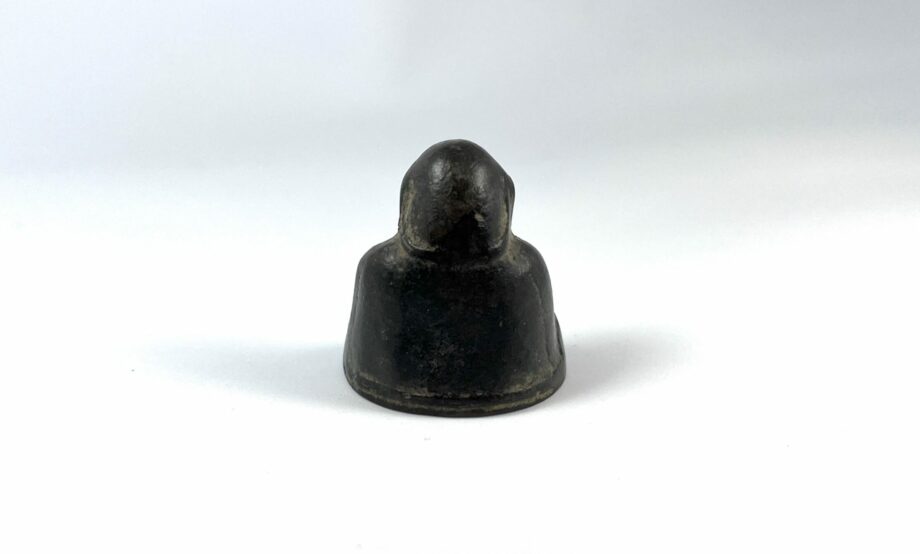 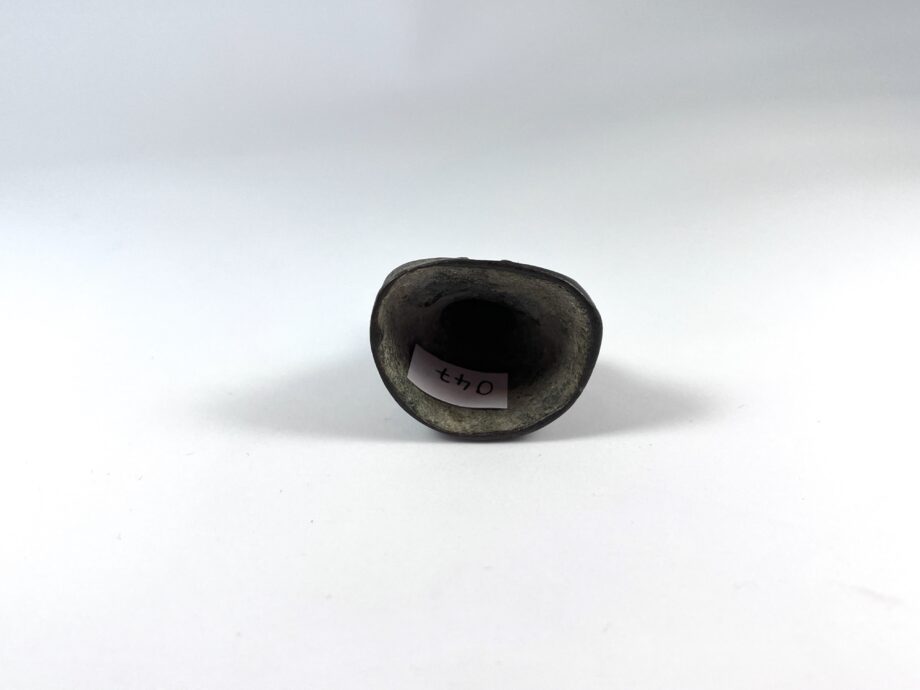 This “Happy Buddha”, in Thai called “Phra Sangkajai” or in Chinese called “Katayana” is made from bronze during the Ming Dynasty which is around 400-500 years ago.

This antique Amulet is believed to bring you Luck, and good things will unexpectedly happen to you.It also make you success in anything you hope for. Also will bring Prosperity and ensure success in human endeavors.

It is very rare and looks so beautiful!

River City Bangkok (Thailand)’s Premier Centre for arts and antiques founded in 1984, guarantees the authenticity of all antiques as mentioned.

Get to know Happy Buddha

Laughing Buddha statues are perhaps one of the most loved artifacts. They are commonly seen in homes, offices, hotels, gardens, restaurants, shops, and museums, and temples. They are made of wood, metal, porcelain, and stone or painted in color and line.

The Happy Buddha is a symbol of happiness, contentment, and prosperity First, According to Chinese tradition ‘Smiling Buddha’ or ‘Budai’ (in chinese) was an eccentric Chinese Zen monk who lived during the later Liang dynasty of China. He was considered a man of good and loving character. Some Buddhist traditions consider him a Buddha or ‘Bodhisattva’, usually Maitreya, meaning he future Buddha. His large protruding stomach and jolly smile have given him the common designation “Smiling Buddha”.

Second, However, In Thailand, ‘Budai’ is called ‘Sangkachai’ or ‘Katyayana”  a widely-respected monk. ‘Sangkachai’ was a Buddhist‘Arhat’ meaning a monk who was enlightened during the time of Lord Buddha. Lord Buddha praised Sangkachai for his excellence in explaining Dharma easily and correctly. The story has been told that before becoming a monk ‘Sangkachai’ used to be an handsome rich young man attracted by many girls and ladies. Instead of his infatuation, he feel bored of being handsome and rich. He started to follow Lord Buddha’s way and becoming a monk. After been doing his deep meditation, he become more sacred and he turned himself to be a fatty monk just to not be attracted by any woman no more…

Get to know a bit of Ming Dynasty

The Ming Dynasty ruled China from 1368 to 1644, during which China’s population would double. Known for its trade expansion to the outside world that established cultural ties with the West, the Ming Dynasty is also remembered for its drama, literature and world-renowned porcelain.

The Ming Dynasty has ruled by the emperor named Taizu who was one of military discipline and respect of authority, with a fierce sense of justice. If his officials did not kneel before him, he would have them beaten.

During the Period of the Ming Dynasty, it’s a period of cultural restoration and expansion. Mostly Art style was influenced by the Imperial Art Academy of Ming. Here are some examples of Ming Styles : Large-scale landscapes, flower-and-bird compositions, and figural narratives were particularly favored as images that would glorify the new dynasty and convey its benevolence, virtue, and majesty.

3 great examples made during Ming Dynasty

The Great Wall of China

The Yu Garden, or Happy Garden This posture is well-known as meditation posture. It’s very common and popular posture of many statues from asia. We can see that the posture of the figure :  the seated Buddha is putting both of his upturned hands on the lap, usually putting his

right hand on the top. His eyes are closed. The attitude refers to an episode where he reached enlightenment.

From China to Thailand Thailand has been trading and exchanging culture with China since Ming dynasty which at that time was in the “Sukhothai” period. Thailand has become close and has a good relationship since then. Many chinese culture have been mixed with Thai such as Lunar New Year or The Qingming festival where family gather to pay respect for the dead. Moreover there are many foods which China has been influenced by Thai such as Dim Sum. However, not only culture and tradition has been wild-spread in Thailand, many goods, ware, art and many more things have been brought and traded to Thailand since many almost a thousand years ago. This is why we can easily find many Chinese antiques all over Thailand.

“Khummeaungnuea” which located in River City has been opened for almost 10 years by “Veerachai Chaicharoen”. The story started when Veerachai was a teenager. He has an interest in the amulet, Pendant, and Buddha Statue. From his interest into the expert. He become more wildly popular in Northern Thailand as “Joke Lumphun” and started his own antique and amulet association in order to inherit Thai antiques and amulets.