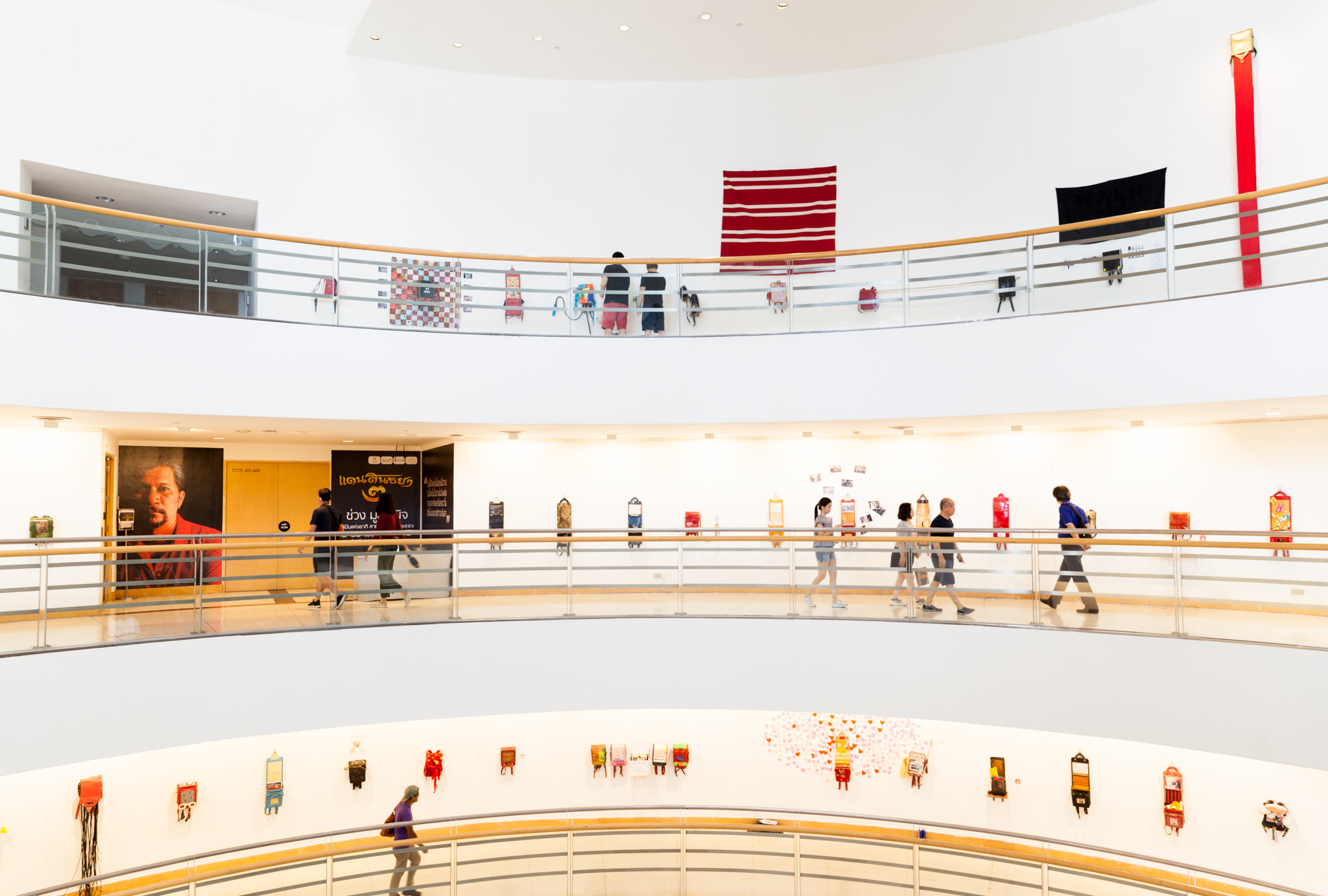 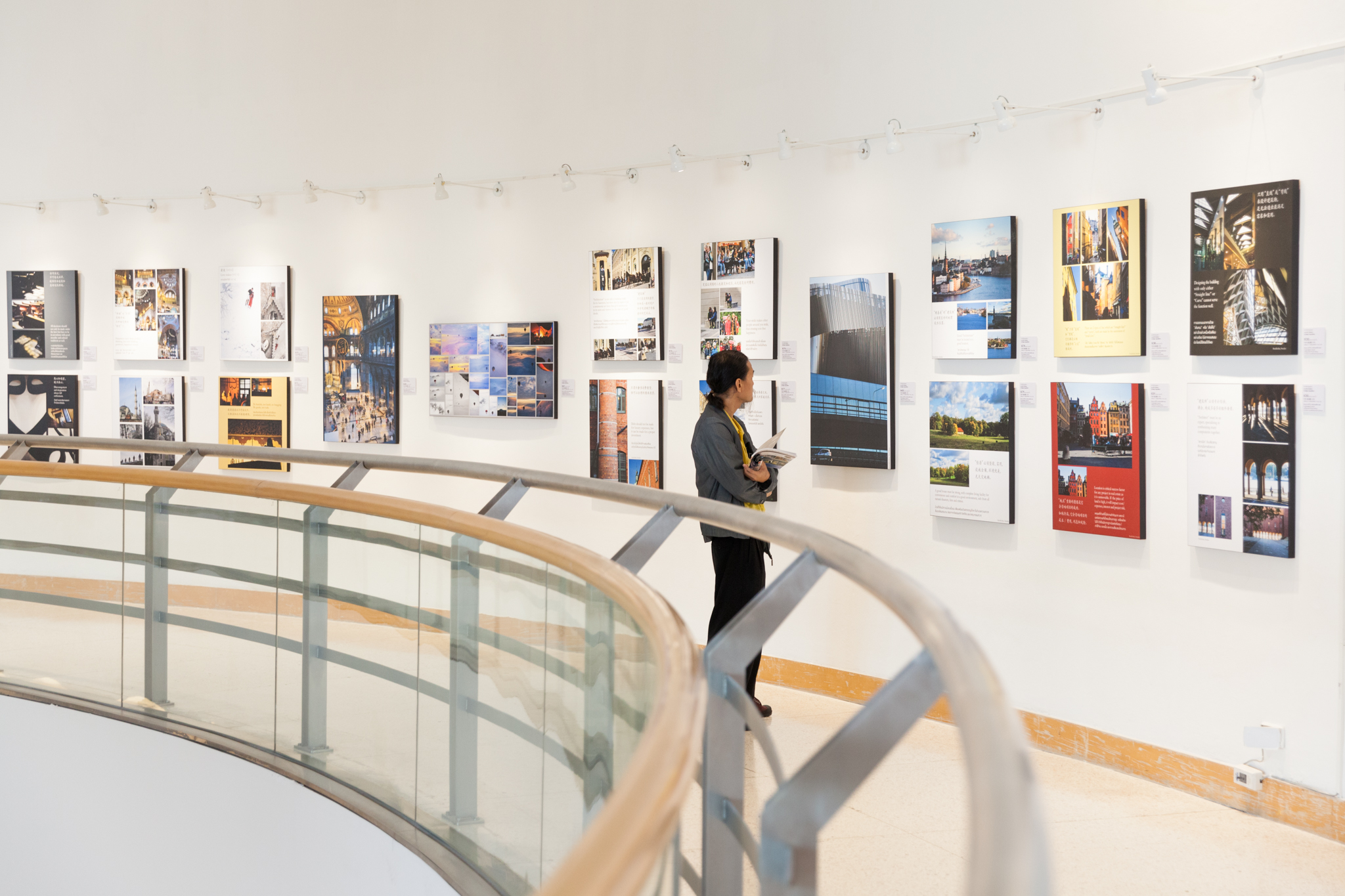 Bangkok Art and Culture Centre is truly the place for art lovers. Our establishment came from the devotion of the network of artists who had patiently proposed this project forward since 1997 until it was finally approved and opened on 29 July 2008 and officially opened on 19 August 2009.

This beautiful monumental building at Pathumwan intersection is a learning centre for modern and contemporary arts as well as a place of sparking inspirational creativity. The centre is now under the supervision of Bangkok Art and Culture Centre foundation with establishment and tremendous support by Bangkok Metropolitan Administration.

Featuring over 60 paintings, sculptures, and mixed media works, the retrospective exhibition showcases the life’s work of Tawee Ratchaneekorn, Thailand’s 2005 National Artist in Visual Arts (painting). At the age of 88, Tawee continues to capture contemporary social issues and synthesize them into compelling oeuvres, each an autobiography and a record of Thai historical events.

As a “social animal:, Tawee Ratchaneekorn does not only observe his surroundings but also soaks up everything that happened in his life, shaping him into the person he is today. Instead of enjoying a peaceful retired life, he continues to wield his paint brush with his signature bold and steady strokes, creating soulful pieces of art.

Tawee Ratchaneekorn’s works, always a commentary on Thailand’s major historical events, mirror his unwavering principles and uncompromising courage to express them. His aim was not to produce art that changes the world nor to display his greatness. Rather, his oeuvres emanate a passionate sincerity that is unmistakably Tawee Ratchaneekorn’s.

Thawee Ratchaneekorn (1934 – present, b. Ratchaburi) is a prominent Thai artist who aspires to produce works that reflect social, political, cultural and environmental issues. His artworks, which spans across various mediums including painting to sculpture, to mixed media, encourages public awareness and contemplation on these issues. Many of his works have earned him the 8th to 15th National Artist Awards.

After receiving a Bachelor Degree in Painting from Silpakorn University in 1961, Ratchaneekorn taught art at the Northeastern Technical Institute in Nakhon Ratchasima province (also known as Rajamangala University of Technology Isan at present). Later, in 1966, he co-founded the Fine Arts Department, which became the region’s first contemporary art institution. Throughout his teaching career, he was determined to pass on his knowledge and ideals to his students in order for them to become artistically and politically active. He is regarded as one of pivotal figure in the ‘Art For Life’ movement among Korat-Isan artists, also known as the Korat Artists.

Ratchaneekorn continued to practice art as an independent artist after his retirement, producing critical works and works that reflect social, political, and environmental issues. He was awarded the “Red” Art Award for Excellent Visual Art for Peace, Democracy, and Justice by the Pridi Banomyong Institute in Bangkok in 2002, and was named a National Artist in the Painting category in 2005.

For additional information about exhibitions and paintings and inquiries about purchasing, please click the button below to send your inquiry.